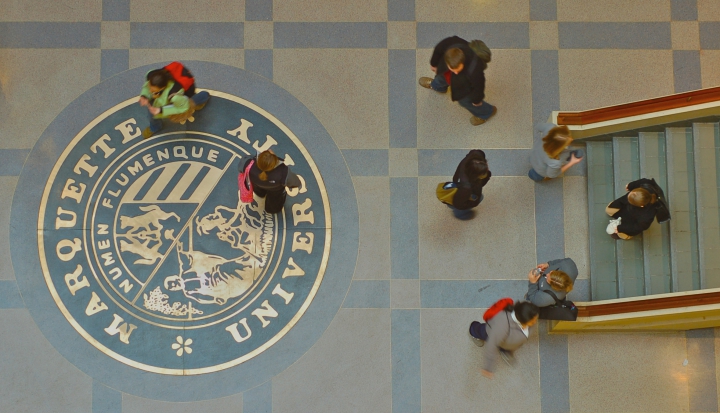 In the latest round of the battle between Marquette University and outspoken professor John McAdams, the Jesuit college is attempting to deliver a knockout blow.

McAdams revealed that Marquette has begun the process of revoking his tenure and removing him from the faculty for comments he made about a graduate student on his personal blog, which resulted in the student receiving severe threats—including a suggestion that she should face “drawing, hanging, beheading, and quartering” and that her mother made a mistake in not choosing to have an abortion. (Sarah Butler has a good recap of the back story on what went down in the student’s class.) McAdams has posted the full text of a letter he received from Dean Richard Holz that outlines the university’s position and reasoning for the professor’s termination.

Much has been made of the classroom situation that started this controversy, in which an (unidentified) undergraduate student confronted his ethics teacher, a Marquette grad student, and recorded their conversation after class without her knowledge or consent. The undergrad went to McAdams—a political science professor with a well-known blog called the “Marquette Warrior”—with the story, and McAdams posted his account of what happened, including publicly naming the graduate student.

But whatever happened in that classroom is at this point irrelevant. Marquette is neither defending nor condemning the actions of the grad student, and since she has left the university, it is no longer an issue for them to address. Regardless of what she said in class or in private to a student, no matter how right or wrong she was in her position, the question that now matters is whether McAdams handled the situation appropriately.

Rather than attempting to address the matter internally, McAdams chose to go public with the story. As Holz notes in his letter, there were other appropriate steps that McAdams could have taken. For starters, he could have spoken to the chair of the department in which the grad student was enrolled (since this matter didn’t even concern the department that McAdams himself teaches in, and really shouldn’t even be his business to address).

McAdams argues on his blog that the undergrad student already tried meeting with the department chair and got nowhere, as if to suggest that a tenured professor and an undergraduate would have the same outcome in bringing a concern to the attention of university administration. McAdams also claims that his blog makes him a journalist, and it is “not standard journalistic practice to quietly try to right a wrong by appealing to officials to fix the situation.” No one, however, is debating whether McAdams is displaying appropriate journalistic ethics—the question is whether his behavior was appropriate for a university professor. And from Marquette’s perspective, quietly trying to right a perceived wrong is exactly how a faculty member should have approached the situation.

Many commentators are trying to make this story about free speech, or academic freedom, or same-sex marriage (which is what sparked the controversy to begin with), or even an issue of “liberals” attacking “conservatives.” But in reality it is about the conduct of one professor and his judgment in handling a situation with a student—one who was not even his responsibility to oversee. As Marquette president Michael Lovell notes in a statement posted on Facebook:

“The decisions here have everything to do with our Guiding Values and expectations of conduct toward each other and nothing to do with academic freedom, freedom of speech, or same-sex marriage. …

Debate and intense discussion are at the heart of who we are as a university, but they must be balanced with respect – our Catholic faith and Jesuit tradition demand nothing less. There are dozens of ways disagreements can be handled with respect and civility on campus, many of which are outlined in our handbooks. And, there are dozens of ways a professor can productively help a student learn and grow.

We must always remember that academic freedom must be grounded in integrity, be accurate at all times and show respect for others’ opinions. When these standards are not met, the power of tenure can abuse and silence our students – the very minds we are seeking to cultivate, grow and ultimately transform.”

If McAdams wants to pursue blogging and his version of vigilante journalism, he certainly has the freedom to do so—the right of free speech grants him that privilege. But his right to pursue “journalism” doesn’t include the right to be a tenured professor at a Catholic university—especially when his actions not only endanger a student but compromise the values and integrity of the institution he represents.