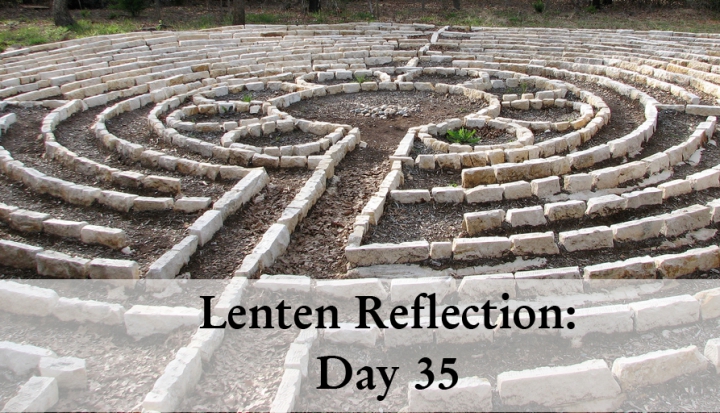 Looking for a daily devotion for Lent? Every day (minus Sundays), U.S. Catholic will bring you words of wisdom and questions for reflection from different spiritual writers, from C.S. Lewis to Henri Nouwen. Click here to get these messages of hope delivered to your inbox daily!

Madeleine L’Engle: Repentant lambs
How often the image of the good shepherd is used throughout scripture! The good shepherd goes out into the wilderness after the one lost sheep and brings it home, rejoicing. There does seem to be more excitement over the return of the lost sheep than there is over all the good little sheep who stayed home. There is joy in the presence of the angels of God over one sinner who repents.

That may seem a little unfair to all the good people who have never done any wrong and have nothing to repent about, but since I am not one of them (and neither is anybody else I am close to), it really isn’t much of a problem. I never get through a day without needing to repent over something, and I think that’s true of most of us. Mostly what we repent of isn't enormous—we don’t push drugs, we don’t murder, we don’t commit adultery. What I need to ask forgiveness for is usually lack of sensitivity to another’s need because I am too tired or too busy to hear. Or I lose my temper without adequate cause and say sharp and hurtful words. Or I fall for the lure of the media and think that life should be fair and growl when it isn’t . . . .

I believe that when I do wrong, God is hurt, as I am hurt when someone I love does something wrong or unworthy. I’m not sure about anger. Jesus did get angry on occasion, but he never stayed stuck in anger. Instead, he felt the pain of compassion, of understanding, of wanting the best from people and often getting the worst. And he told us that all our heavenly Father wanted was for us to say, “I’m sorry, Daddy. I want to come home,” and God would promptly give a big party, rejoicing that the strayed lamb had returned. (Penguins and Golden Calves, Shaw Books)