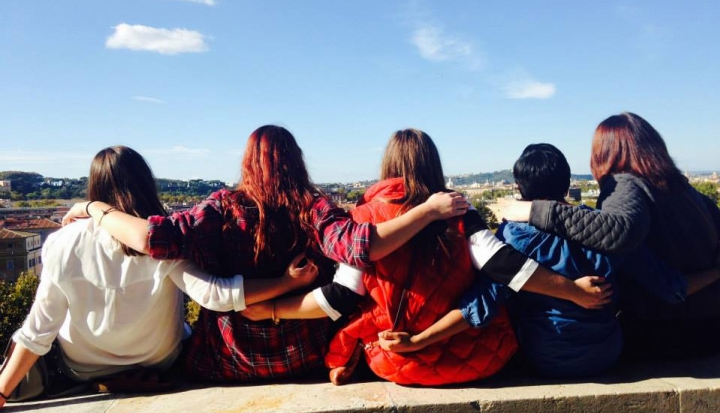 The other day I was watching the reality television series Bachelor in Paradise, a show in which ex-contestants of the Bachelor or Bachelorette meet up in Mexico to try to find love with one another.

I know what you’re thinking: That show is stupid, Shanna. Don’t waste your time.

I know, I know. But as trashy as it is, I have to admit it’s incredibly entertaining.

Honestly, most of the show is problematic. It features young adults—most of whom come from similar socioeconomical and racial backgrounds—partying and going wild in a foreign country while “looking for true love.” But what stood out to me most was how every person has the same body type. The men are ripped and the women are very thin.

I found myself reflecting on the sister shows of Bachelor in Paradise, (i.e: the Bachelor and Bachelorette) realizing this is a common theme. In the 14 years they’ve been running, the shows have never featured a woman or a man that is not of a very specific body type.

In an interview with the New York Times Magazine, Chris Harrison, the show’s longtime host, said there would never be a bachelor with a softer frame, explaining “that’s not attractive, and television is a very visual medium.” He admits it is a “very horrible thing to say,” but does not address the effect this can have on its viewers.

The Bachelor and its sister series, however, are not the only television shows that refuse to feature body diversity. Tune into any channel and you’re bound to see thin, traditionally beautiful people.

Until recently, this wasn’t even an issue. But there’s no denying that the misrepresentation of bodies in the media, particularly “reality shows,” has a negative effect on us—especially children.

I remember watching the Bachelor as a kid with my mom and sister. What I learned was that only thin women with perfectly curled hair, no acne, and immaculate makeup (that was somehow on their faces even when they slept) were desirable. I learned that even these women, who looked pristine at all times, had trouble finding love.

It sends a negative message to everyone viewing, but it truly shapes the way children see themselves growing up, especially when the women on television do not really reflect reality at all.

The discrepancy between what we see represented on TV or in movies and real life cannot be ignored.

The Bible tells Christians that we are “fearfully and wonderfully made” (Psalm 139:14). And yet so many of us suffer with low self-esteem, eating disorders, and self-harm; much of this is influenced by what we see on television.

There’s no question God made those contestants on the Bachelor beautiful. But beauty does not stop at thin and muscular bodies.