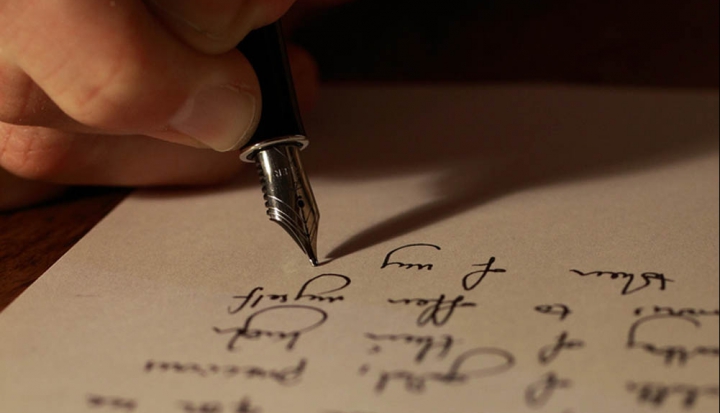 The climax of Flannery O’Connor’s classic short story “Parker’s Back” hinges on a misunderstanding. Parker thinks his religious tattoo will appease his fundamentalist wife, but she reacts with revulsion. Sarah Ruth does not recognize the face of Christ on his back, adamant that God “don’t look . . . He’s a spirit. No man shall see his face.”

“Idolatry!” she screams, and beats her husband with a broom as the story ends. Sarah Ruth’s literalist mind makes her misunderstand the iconography of her husband’s tattoo as idolatry, a fine theological point.

In the more than 50 years since her passing, O’Connor has become somewhat of a literary icon—or even idol, depending on your perspective. In an age when Catholic writers are often known for their wavering belief, O’Connor is a symbol of the past. Her stories are comic romps through the Southern heat, but it is their complexity that have rendered them to be considered classics. O’Connor’s knack for capturing the most absurd, grotesque, and even moving moments of a world struggling to understand the face of God are inspirational and entertaining to working writers, as are quotes from her essays and letters.

As such, O’Connor has long been a favorite subject of both religious and secular critics, but has also become a fount for creative works. Take Carlene Bauer's epistolary novel Frances and Bernard, a fictionalized version of the letters between O'Connor and poet Robert Lowell, for example. Bauer uses their relationship in letters as inspiration rather than template, but anyone familiar with the pair’s real communication will find the fictional source.

Or poet RT Smith’s book The Red Wolf: A Dream of Flannery O'Connor, in which he seeks to engage the complexities and paradoxes of O'Connor's biography. He looks at how in her letters and essays O’Connor “could pretend to a kind of off-putting brittleness, but at the same time she was a really serious go-to-mass-every morning Catholic who was also trained to be a southern belle. . . . I thought that those different pieces didn't quite fit together. . . . They needed some leavening, because she looks like three different women.”

O’Connor was a very specific type of writer in a very specific region and time, which in no way diminishes her talent. Some might call that provincial; I call it unique. In her essay “The Grotesque in Southern Fiction,” O’Connor explains that the “Southern writer is forced from all sides to make his gaze extend beyond the surface, beyond mere problems, until it touches that realm which is the concern of prophets and poets.” One such poet and another writer inspired by O’Connor’s work is Rita Mae Reese, whose collection The Book of Hulga investigates a fictional character who is mentioned in O’Connor’s letters but never fully made it to her pages.

Hulga appears in O’Connor’s letter dated September 24, 1955 to Betty Hester. The two exchanged nearly 300 letters over the course of 9 years. Reese’s epigraph for the collection is taken from late in this letter: “If I live long enough and develop as an artist to the proper extent, I would like to write a comic novel about a woman—and what could be more comical or more terrible than an angular intellectual woman approaching God inch-by-inch grinding her teeth?”

The description sounds like the prototypical O’Connor character, although it is worth considering the originating letter in full. O’Connor, who was suffering from lupus, was learning to walk on crutches, lamenting “they change the whole tempo of everything. I no longer am going to cross the room without making a major decision to do it.” As it often does, her focus shifts from the personal to the philosophical. She quotes Jacques Maritain in saying that artistic creation requires the “constant attention of the purified mind,” promising “any story I reveal myself completely in will be a bad story.”

At the time, O’Connor was reading Simone Weil and was fascinated by her life, which O’Connor considered the “perfect blending of the Comic and the Terrible.” It is Weil’s valuing of the comic—and its connection with what is “truly tragic and terrible”—that leads O’Connor to imagine the character that later appears in Reese’s epigraph. Although unnamed in the letter, Reese gives her the name of Hulga, a character from O’Connor’s story “Good Country People.” Wooden-legged and with a doctorate in philosophy, that iteration of Hulga is a reasonable fit for the character O’Connor outlined in the letter.

O’Connor aficionados will find The Book of Hulga to be full of these layered connections. The book is dedicated to Hester, and Weil’s aphoristic lines pepper the poems. “The Given Lines,” one of the first poems in the collection, begins with Weil: “There is the nothingness from which we flee / & the nothingness toward which we go.” Often Reese uses lines by Weil, O’Connor, and others as bookends to her poems, which helps create a chain of narratives. In this way, she captures O’Connor’s style of epistles: various subjects threaded together with theology and philosophy.

There are several standout poems in the collection. “The margin is for the Holy Ghost” takes its title from Hester’s admonition that O’Connor not write in the borrowed copy of The Notebooks of Simone Weil. “The pain that opens the door is not God / though you worship it & fear it / & pray to it with your loose, odd / devotion, your stuttering, cross-eyed faith.” What better lines to capture the grotesque grandeur of O’Connor’s canon or her life? “You turn off the lights when you look in the mirror,” the poem ends, “& pray there’s a usage for every kind of error.”

Another poem, “Phenomenology of Sow,” feels gifted from O’Connor’s own hands. “A grown man on his knees / in mud and blood, shaking;” lines that capture’s O’Connor’s uncanny ability to find grace in the most messy moments. Such discovery of grace is a recurring them for Hulga, who is sometimes the subject of these poems and other times present as a form of atmosphere.

Other poems like “Milledgeville” reflect O’Connor’s own life. Returning to Weil’s quote, the place where O’Connor both flees and goes toward is her hometown, “where existence is uniform & unchanging,” where “half of her was sent—her inner Hulga, / bloody fist knocking on sleeping doors.” It was that place where O’Connor, surrounded by peacocks, could write letters to those who “thrive on the leash of exile.” In “The Lame Shall Enter First,” teenage Hulga experiences her own exile—at the “drive-in movie theater flea market,” where she drifts among tables stacked with “Matchbox cars, doilies, kitchen utensils, / car tires (with rims) stack in solemn / but cheerful black columns.”

Reese places Hulga amongst both detritus and dogma. She begins a later poem, “After hours of staring out at the pond she sees God / is a mirror that retains the reflection / of anyone who has ever looked into it.”

Reese hits many high points during The Book of Hulga, but perhaps the highest is her recognition that what made O’Connor legendary was her theological uniqueness, her ability to gaze into the grotesque and see God. The cult of O’Connor is a curious one: it is more than a little ironic that one of the most studied writers in a largely secular discipline was a writer who lived in awe of the divine.

The Book of Hulga, channeling O’Connor and Weil, reminds us that “the stories about miracles confuse everything.”