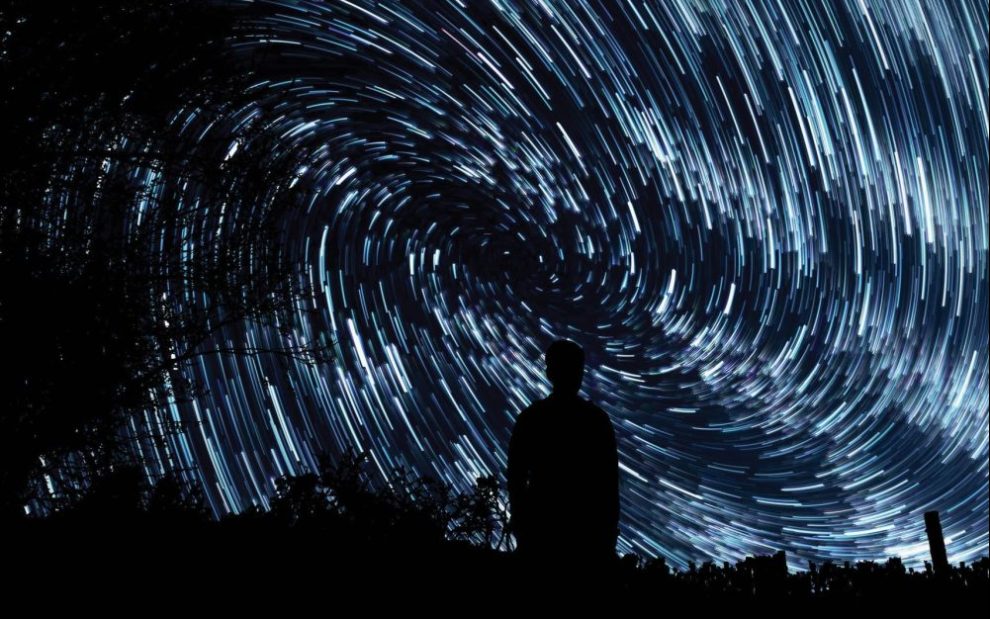 Recently, I taught a high school theology class on the first story of creation in Genesis, Chapter 1. Thankfully, I was influenced by biblical scholar and Sister of St. Agnes Dianne Bergant. I was captivated by her exploration of this text and its structure based on a long oral tradition. I also loved how she emphasized that the people who composed this story were interested in the bigger question of “why?”—“Why are things the way they are?” I wanted my students to realize that these ancient people’s question is our question too. Our responses to the “how” of creation’s unfolding may change over time as we learn more through scientific discovery and study.

The question of “why?” is not only every generation’s but every person’s to explore. Yet, how was I to teach this in a dynamic way? Students today are so immersed in technology, social media, and the rapid pace of contemporary life. How could I convey what unites us through the centuries? The answer came to me: Terrence Malick!

Those of you familiar with the films of this critically acclaimed yet reclusive filmmaker may consider this a counterintuitive approach. After all, doesn’t Malick make slow, ponderous films with sparse dialogue and little resolution? Perhaps, but Malick himself, once a philosophy teacher, has always asked the big questions. As time has progressed, he has shown increased interest in religious subjects. Consider his film A Hidden Life (2019) about the Austrian World War II conscientious objector Franz Jägerstätter, put to death for not swearing an oath to Adolf Hitler and later named a martyr and beatified by Pope Benedict XVI. Moreover, Malick’s much heralded cinematic style offers an entirely different way of seeing more in tune with mystics and contemplatives through the ages. This way of seeing and hearing slows down and observes in a different scope and pace.

I started the class trying to break through all the preconceptions we inherit considering Genesis, Chapter 1. I gave the students the text with a blank piece of paper and asked them to draw what this “world” looks like when the story concludes. Essentially, I asked them to draw the cosmology of this ancient near eastern people who lived in a time far removed from our own. Echoing in my head was Bergant’s refrain, “But what does the text say?”

As I walked from student to student observing their drawings, I saw many globes and spherical shapes. I’d gently ask, “Does the text say anything about planets?” or “Did these people believe the world was round?” They’d stop, pause in thought, realize that the text doesn’t describe what they were drawing, and start anew. Then I showed them an image of the world as described in the text, with the dome “[separating] the waters that were under the dome from the waters that were above the dome” (Gen. 1:7). They were intrigued. I had their interest!

Here’s where Malick’s vision makes the important connection to the present. I showed the students an amazing sequence from his award-winning 2011 film The Tree of Life, where the story line breaks and one character ponders the big question of “why?” We hear her ask, “Where were you?” What unfolds next is a breathtaking sequence of the creation of the universe. For 15 minutes we see its creation gradually unfold, highlighting the formation of life on Earth. The sequence shows us a cosmology more familiar, with a big bang, the formation of planets, plate tectonics, evolution, and the slow emergence of life.

However, through a subtle use of reverential religious music, well-placed voice-over questions, and purposeful editing, the film parallels the story from Genesis, Chapter 1 in a remarkable way. I asked the students to note the similarities and differences between the two versions. Light is separated from darkness; the Earth is formed; the waters are separated; life begins; we see sea creatures, then plants and animals. This stunning parallel illustrates that our story is not so different from their story and, at the heart of it all, we have the same questions.

Were this a college course I would have opted instead for Malick’s documentary/meditation Voyage of Time (2016). Originally an IMAX film, Voyage of Time is a type of loving paternal goodbye letter to a generation to come. A voice-over begins by asking a question, “My child, what do you see?” Over the course of 45 minutes, the whole of creation unfolds in a visual and auditory delight. Here again the film parallels the first creation story yet draws from contemporary cosmology. The narrator is freed from any other narrative and simply speaks Malick’s curiosity and wonder at the unfolding of such a grand mystery.

It’s not all just rapturous imagery and celebration, however. Malick has made too many films about war and suffering to close an eye to that reality. In fact, Voyage of Time stretches beyond the story of creation and offers a type of eschatology that witnesses the end of life on Earth and the eventual death of our sun. Yet significantly, Malick sees hope connecting the grand story of our solar system to the remarkable story of each human life.

In a final voice-over, as particles or stars swirl and the camera settles upon a young girl standing in the grass, we hear the words, “All goes on and on. Universes . . . shooting up . . . infinite. . . like you . . . child of the good . . . born to the light . . . yourself a light.” Looking at the universe in all its complexity and wonder, Malick wants to tell the next generation, “You are a child of the good.”
Students today do have big questions about our origin and purpose. Malick impressively, but subtly, connects these questions to our ancestors in a beautiful and profound way, underscoring that their questions are our questions.