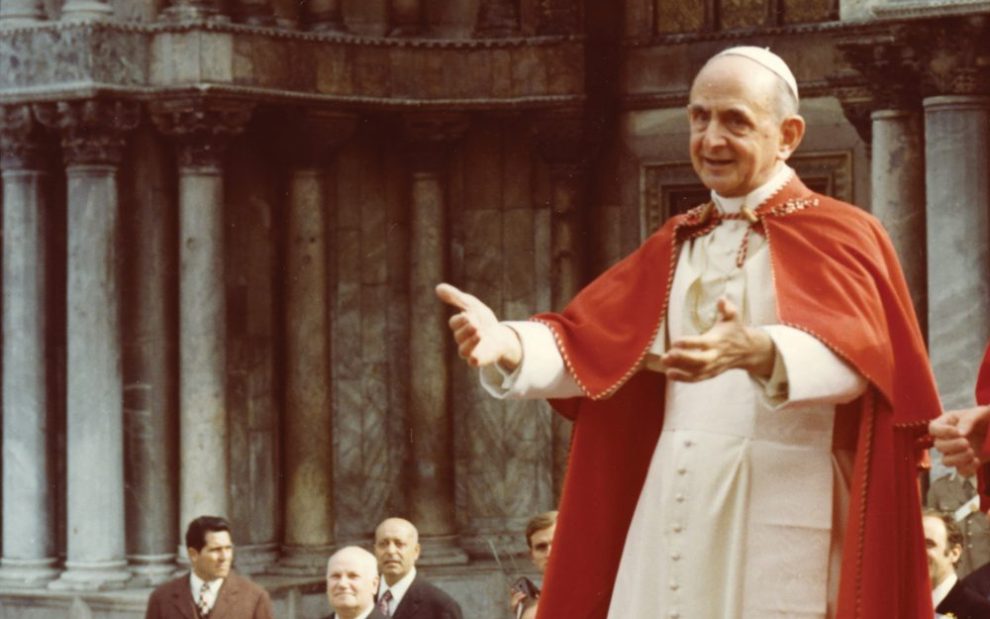 “I don’t know what to do with Gaudium et Spes,” I exclaimed, sinking into a chair in my professor’s office during graduate school. “Perhaps you should not say that quite so loudly,” he laughed as we began our weekly tutorial. I was writing an encyclopedia entry on modern Catholic social teaching limited to only a few thousand words. This meant focusing on one key theological or historical development in each document. However, this seemed impossible when it came to the Second Vatican Council. How was I to summarize Gaudium et Spes (Pastoral Constitution on the Church in the Modern World) in such a context? I didn’t know what to do with Vatican II.

Sixty years later, as I look around at the public debates on social media, it often feels like people don’t know what to do with Gaudium et Spes. The unending wars about Vatican II are exhausting and often limited to liturgy or a handful of narrow neuralgic issues. Yet, in this moment of deep division, greater attention to Gaudium et Spes might just be what we need.

Last October I had the privilege of attending the papal Mass on the feast of St. Pope John XXIII. I couldn’t help but think back to that moment in graduate school as I listened to the opening of Gaudium et Spes read aloud: “The joys and the hopes, the griefs and the anxieties of the men of this age, especially those who are poor or in any way afflicted, these are the joys and hopes, the griefs and anxieties of the followers of Christ.”

Celebrating the 60th anniversary of the opening of Vatican II, thousands of us joined together in prayer in the same space the bishops had gathered in 1962. Seated around me were those who remembered the council and families with small children, together for this special papal Mass.

For the past year, I have been working on a project called “Doing Theology From the Existential Peripheries” for the migrants and refugees section of the Vatican Dicastery for Promoting Integral Human Development. As part of the North American working group, we have conducted listening sessions with individuals and communities experiencing exclusion or marginalization by society or the church. We visited St. Agatha Catholic Church, an African American parish in Chicago, for a listening session. Many parishioners wore “Be Church Outside Church” T-shirts and described the ways they sought to engage the wider community.

A sense of the joys and hopes, griefs and anxieties of the community being those of the followers of Christ came alive in this image of being church outside church. Avoiding any sense of insiders and outsiders, Father Larry Dowling described the parish’s focus on “mutual empowerment—lifting each other up.” This is the vision of Gaudium et Spes in which the “obligations of justice and love are fulfilled only if each person, contributing to the common good, according to his own abilities and the needs of others, also promotes and assists the public and private institutions dedicated to bettering the conditions of human life.” It’s this fundamental mission that all those years ago I could not capture in a pithy line.

Sixty years after the start of Vatican II, we still don’t seem to spend enough time reflecting on our obligations of love and justice together. As 2023 begins, and as we prepare ourselves for prolonged synodal reflections as a community, maybe there’s more fruit for engagement in Vatican II than we find in the liturgy wars and on social media.

The Holy Father’s homily concluded, “All of us are children of God . . . all of us making up the Church, all of us. We are his sheep, his flock, and we can only be so together and as one. Let us overcome all polarization and preserve our communion.” Perhaps the invitation of Gaudium et Spes to truly see our neighbors’ joys and hopes, griefs and anxieties as our own—the invitation to be church inside and outside church—might be a good place to start.