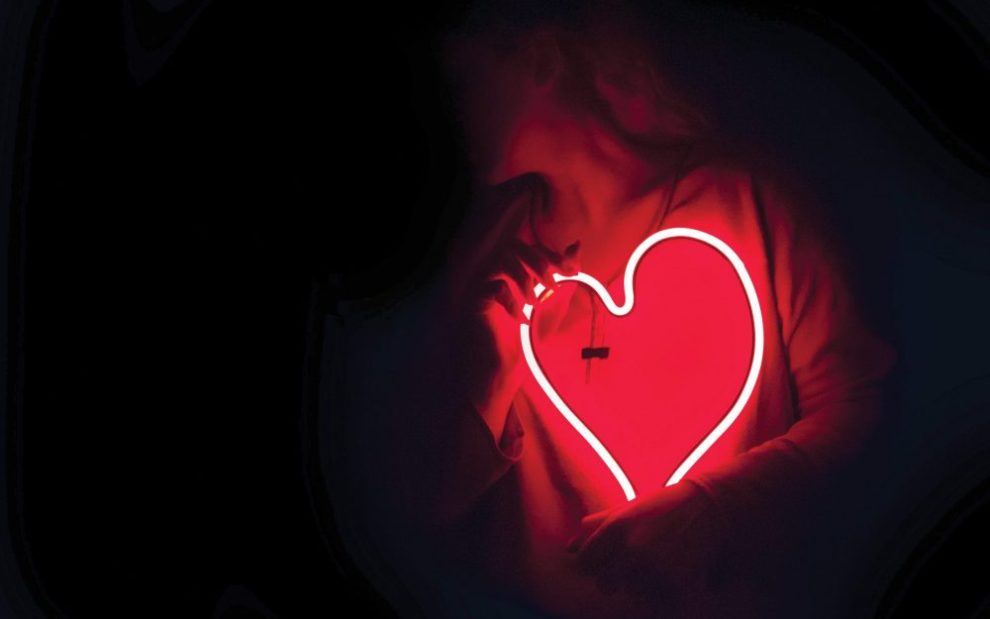 A friend once shared that she still wanted to pursue marriage in the Catholic Church someday because she really wanted to experience “those sacramental orgasms.”

While I was certainly taken aback by this phrasing, my Catholic secondary education helped me conclude that, yes, this is technically something we were taught in school. But like a lot to do with Catholic formation and sex, for better or worse, this was not spelled out for us. We were left to put this together ourselves.

This continues to play out passively, in the back of our minds, occasionally surfacing in the form of a belief or reaction—to a news story, to a development in the life of someone close to us. We don’t realize what all we internalized, what we’re walking around with. This especially applies to Catholic adults who are having sex. Catholics who came of age around the turn of the millennium are no exception when it comes to carrying with us some less than helpful, intrusive thoughts on this aspect of our lives.

We learned about all the different kinds of love in religion class: philia (between friends), agape (unconditional love), and, yes, even eros (sexual love). Adolescent giggles aside, we heard plenty about that last one from our catechists and church leaders. Pope Benedict XVI once said that eros needed to be purified by agape. That disclaimer conveys so much, intentionally or not: the implication that this category of love has something faulty about it, something that relegates it to a lesser, besmirched status.

And sure, it’s volatile as hell. A college mentor framed this beautifully: It’s difficult to broach the topics that touch us at the core of our being—God, sex—as there’s such incredible vulnerability there. There’s so much raw potential to internalize an idea about ourselves and our experiences that is caked in deep, inexorable shame. It’s also a breeding ground for anxiety and scrupulosity.

At our best, we Catholics believe in the transcendence of sex, that it involves something so innately good and beautiful as to encounter the divine. But we’re dragging centuries of “this is an evil necessary for procreation” baggage behind us. The post–Second Vatican Council and post–Humanae Vitae (On the Regulation of Birth) church has an ostensibly positive view, but as brilliant minds such as Anna Floerke Scheid and Emily Kahm point out, we haven’t necessarily earned it.

Speaking from my own formation, we’ve paid lip service to sex being a good thing. But that view is obscured by the size and scope of the guardrails built around it. And, of course, that’s where so many good people scoff and say, “Nah, we’re good.” All the while, the representatives of the institution insisting that this is a happy and fulfilling path tend to possess an unsettling sunniness that feels more like a rigid grin than gospel joy.

For a Catholic to take this seriously, that’s a lot to bracket off. OK, the Holy Spirit is speaking through the church. A baseline of trying to do this by the book is only fair. But the practice feels almost like a parody of Song of Songs:

“See, my lover approaches! He stumbles over the hills and valleys, his nose buried in an encyclical and his rucksack weighed down with manuals and a series of papal general audience talks from the early 1980s . . .”

Not exactly a thrilling starting point.

Now fast forward to early middle age, and that path is all the more dubious. It’s much easier to see the extremely problematic nature of the canonizations of women who opted to be brutally murdered rather than “give up their virtue.” It’s impossible to unsee the priestly caste—how what would probably be healthiest as a charism of asexuality is instead realized as a sacrifice that provides status and power. Never mind the fear and hatred of the body bubbling barely beneath the surface.

Maybe, just maybe, I shouldn’t have let these folks leave such an impression on my younger self.

Another takeaway from Catholic school indicating whether some aspect of our lives is healthy is whether or not it’s integrated into who we are. Integration is good. To what degree is this sociotheological train wreck an integrated part of who I am?

Statistically, I know it’s not. That is, the overwhelming majority of my elder Catholic Millennial contemporaries (and the generations preceding us in the post-conciliar era) don’t even wrestle with the complexity of the conundrum. They either assume—tragically—this means being Catholic isn’t for them or, in the words of Darth Vader, there is no conflict. Why are they able to just shrug it off with the sense God gave them? It’s a wild question when staring down the global synodal listening process instituted by a pope who insists, somewhat elliptically, that Humanae Vitae should be interpreted “with mercy.”

Perhaps, just perhaps, it means that I need to cool my innate Catholic guilt, remember gentleness, and entertain the inkling that I might already be standing quietly in the integrated space. I also need to give weight to my own conscientious journey and the fact that it’s lived out in partnership with someone who is, frankly, even less enamored with the post-pandemic church than her husband and whose agency in all of this is far more reaching than a theology that relegates her to a passive, almost objectified role.

That journey has confirmed time and again that the true growth areas are marked with a spirit of abundance and generosity, of lavishing in the joyful gratuity of our God. As a believer in an incarnational faith in which God entered human embodiment and forever transformed it, I have to believe that there is no room for despising my own body, let alone someone else’s. Just as science shows us there are 15 billion years of creation that Genesis doesn’t exactly unpack, so too it might just be that a 2,000-year-old church that discovered its sex-positive side in the 20th century still needs the fresh input of its people who are, ahem, putting in the work.

We’ve seen this before. The scribes compiling the Hebrew scriptures knew what they were doing when they somehow let the aforementioned Song of Songs slip past the censors. We can look for the signs of the Spirit at work in the lives of couples. We don’t have to be pedantic Americans, obsessing over the stereo instruction manual rather than enjoying the music. There is poetry in the lives of people all around us, and God is there with something to say. We as a church have it in us to listen and feed our people with the fruit that it yields.