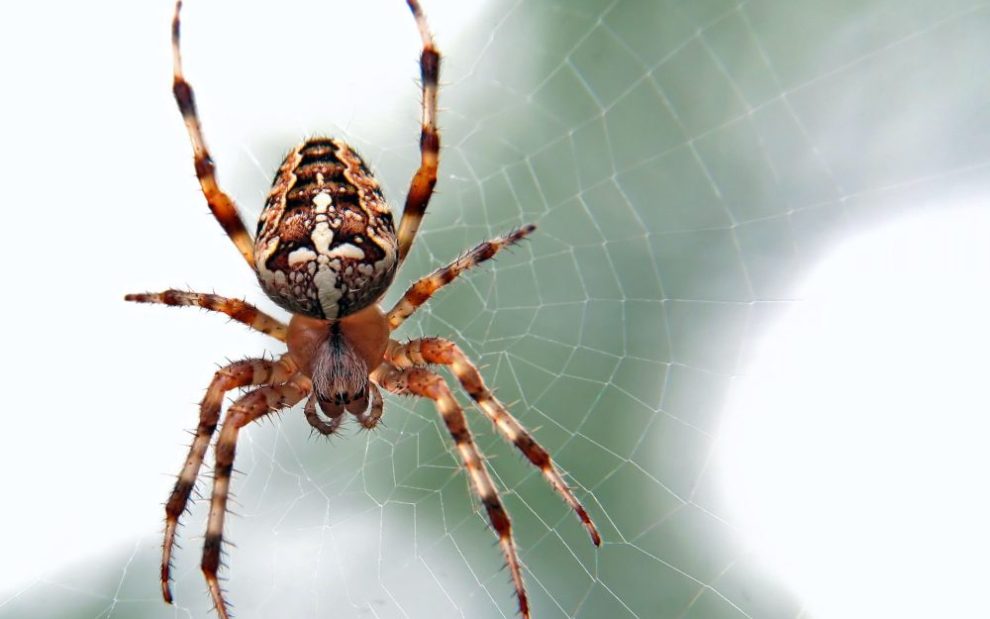 As a child, sometimes I woke in the morning to a thumping sound from the living room, as though someone was hitting the floor with a wooden mallet. That sound was Dad, shaking any lingering ants or beetles out of the firewood before throwing it into the stove. Yes, this meant there were occasionally insects coexisting with us in our house, but we were used to that.

The house was more than 100 years old, in disrepair, not weather-tight. In the winter, we checked our beds for spiders before settling in. Once I opened the door to my chilly bedroom and saw a pair of green glowing eyes. The cat, I thought, just as I remembered she was curled up asleep on a chair downstairs, and a rat darted from the room and scurried past me into Dad’s prayer room, the most dilapidated in the whole ramshackle structure. Another time, Mom went into the bathroom and saw that a large blacksnake had gotten in and was curled around the toilet.

Usually, we removed the unwelcome guests gently from our abode. As far as they knew, they had found an ideal refuge, before these human trespassers tramped in and evicted them. We had no way of explaining to the spiders and rats that it was our place, and they were not invited to squat with us.

Sharing space with those interlopers was not comfortable. I was not delighted at the prospect of a wolf spider in my bed or a snake in my bath. I have no compelling desire to repeat that experiment in primitive off-grid living. Our proximity to nature was morally instructive, however. Dad shaking reluctant ants and beetles out of the firewood to save them from burning made a strong impression on me, and not only because removing them was noisy. It reminded me to pause and reflect, consider whether my actions might do harm, and take time to mitigate that harm, even to a creature of no use to me, a creature tiny and alien and with no saving grace of fluff or cuteness.

Our contemporary culture in the United States does generally understand that harming nonhuman living things is wrong, but often we are selective about which beings get our protection. People who are appalled at the idea of kicking a puppy may be unmoved at the idea of clubbing a snake to death, for instance. We have even decided that it’s acceptable to eat some animals and not others, based entirely on our sentimental attachment to the ones we view as companions versus those we view as livestock.

We’ve made a little progress in some respects. We are starting to become cognizant of animal rights, and not for just cute domestic animals. Novels such as Black Beauty provide a peek into a past when systemic abuse of animals was mainstream, visible, and legal. Today, at least we understand that horses should not be beaten, starved, and forced to do painful labor just to get us from one place to the next. Nevertheless, we have a long way to go, considering how animals are treated at many farms and the many cases of abuse and neglect that go unattended.

In a world where our fellow humans are subjected to poverty, starvation, violence, and oppression, it’s no wonder that the plight of nonhuman animals is often low on people’s lists of priorities. Not everyone has the luxury to work for a better world for creatures of species other than our own, especially when people are simply trying to survive from one day to the next. Not everyone has the leisure to make sure no spiders are lingering in the stick of wood they throw on the fire.

Thomas Aquinas believed that cruelty to nonhuman animals was immoral not because creatures outside our species were deserving of moral protection per se, but because a person who made a habit of being cruel to animals would likely become hardened enough to be cruel to other humans too. While I believe Aquinas was wrong about animals not having moral value in themselves, he did make an important point about our basic moral dispositions. Once we become comfortable causing suffering in one area, we’ll probably have few compunctions about causing more suffering somewhere else. The ability to cause pain, especially pointless pain, hardens us. Working to create a culture that is more compassionate toward all living things ought to benefit all of us, humans and nonhumans alike.

Learning to pause and reflect before doing harm to another living thing is important for two reasons. First, for the sake of the living things themselves. Tiny beetles and weird worms may seem repellant to us, but that’s just us projecting our emotions onto them. They shouldn’t have to suffer just because we can’t control our own emotions. Theologically, an earthworm or ant may declare the glory of God just as much as we do—more, perhaps, because they tend not to wage war or wreck whole ecosystems.

Second, it’s good for us to have reverence for those mysterious little lives, going about their business, and to recognize even in their strangeness and foreignness a kind of beauty. We become better people when our response to that which is new or different is one of wonder and respect, instead of fear and loathing.

Today, when I find a spider in the house, I do my best to remove it gently. Sometimes, if it’s a species of spider that can coexist comfortably with humans, I let them stay. Jumping spiders, for instance, are cute and entertaining. They take care of the houseflies that are inevitable in the country in the summer. Does this mean that I’m leaving houseflies out of the circle of moral protection? No. But there’s a difference between killing something just because I find it gross and letting the circle of life do its thing. There are a lot of gray areas in the moral universe, and sometimes we can’t avoid inhabiting one of them. And recognizing this means humbly acknowledging that we too are in nature, immersed in it, sometimes stumbling into places uninvited, sometimes a nuisance. This might remind us to be gentle toward the ant we find lost in the woodpile. It may be wildly different and strange and incomprehensible, but it’s also a lot like us in many ways. We are all bumbling about in this together.