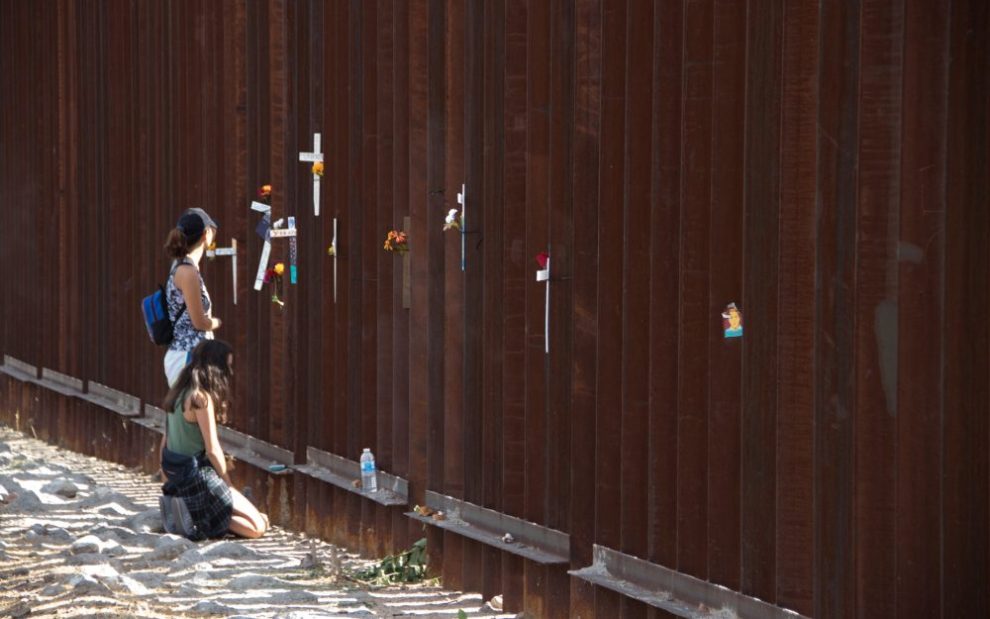 “I look forward to the resurrection of the dead and the life of the world to come.”

This is the last line of the creed Catholics profess at Mass each week. The words remind Catholics to keep the faith. Better things are coming. The themes of waiting, expectation, and active preparation are also the themes of Advent.

On December 19, the Supreme Court extended Title 42—a protocol the Trump administration introduced in 2020 during the onset of the pandemic—just before the policy was set to end. Originally justified as pandemic safety, Title 42 ultimately dissolved many people’s option to seek asylum and allowed for the quick explosion of migrants at the border. After two years of waiting and hoping the end was coming, the waiting continues.

With midterm elections in the rearview mirror and temperatures dropping along the border, many wonder what comes next for the many people migrating to the border and waiting to seek asylum. In this lame duck season, there are few realistic hopes for immigration reform. Only a Christmas miracle could bring legislation that does not pit one group of immigrants against another or increase border wall funding.

But while we wait, we can reduce the harm. Along the border, that means people should remember that those who are waiting are human people, not political pawns. Migrants and refugees contribute significantly to the economy, many serving as frontline workers during the pandemic.. Above all they are people in search of hospitality and ready to build a better tomorrow for them, their families and our collective society. Journalists and politicians should tell the truth about the situation on the border, not spin human suffering for political ends. And we should all support those engaged in the world of welcoming migrants.

The border community of El Paso, Texas is a place that embodies the spirit of waiting for a new world that welcomes migrants while also working to create that world. El Paso has one of the most robust coalitions of faith-based groups, nonprofits, and community leaders working to welcome those immigrating to the United States. In difficult circumstances, advocates, volunteers, and faith leaders work diligently to provide humanitarian support to newcomers even as they wait for policies that reflect the spirit of hospitality.

But the cost of waiting is heavy, especially for vulnerable people on the move. When Vice President Kamala Harris visited El Paso in the summer of 2021, Congresswoman Veronica Escobar called this borderland community “America’s new Ellis Island.” America’s “front door” has and will continue to be a space of tension between those who welcome migrants with dignity and advocate for justice and those who enact a broken immigration system rooted in racist, xenophobic, anti-immigrant, and anti-Black and Hispanic rhetoric.

Photos show people standing in the overnight cold and waiting at the border: This is what waiting for a new world looks like. The cost of waiting is undignified living conditions, little privacy, the threat of violence, and the possibility of rejection. In the uncertainty of a post-Title 42 world, these images—on both sides of the border—call us to righteous anger and humanitarian response.

This time of year is marked by waiting; waiting to light the next Advent candle, for Christmas to arrive, and for the new year. But there is no way to romanticize our waiting for the end of Title 42: This waiting period is wholly unjust. When Title 42 is finally lifted, the cost of waiting so long will be evident. Shelters and resources will be pushed to the max. Because of years of unjust policies limiting asylum, there will be higher numbers of people arriving at the border. We must be willing to face that head on.

Our Advent waiting must be informed by hope and made credible by actions that make our hopes a reality. Catholics must ensure they are not causing someone to wait longer than necessary. What is on the other side—what is promised to us—is worth waiting and working for. As we read the story of the holy family asking for posada because there was no room at the inn this Advent, we can see the migrant families who come to our front door asking for a place to spend the night. Will we open our doors to the migrants and welcome them into the home?

Milton Javier Bravo is the vice president for mission, values, and inclusion at Edgewood College.

Melissa Cedillo is originally from the Coachella Valley in California. She has studied religion, ethics, and politics at both Loyola Marymount University and Harvard Divinity School.