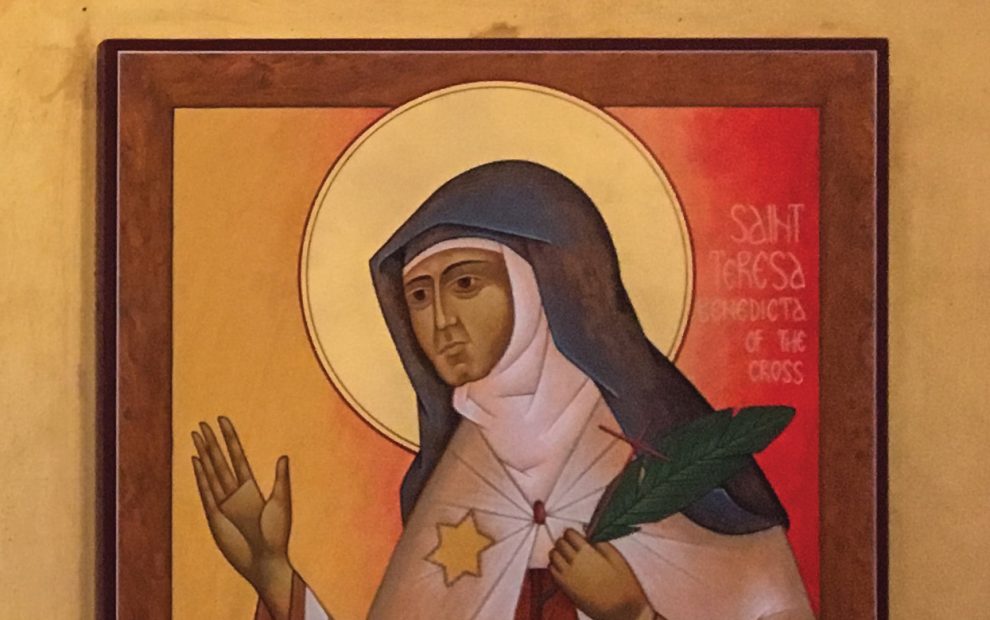 “Therefore, since we are surrounded by so great a cloud of witnesses,
let us . . . run with perseverance the race that is set before us.”
(Heb. 12:1–2)

The saints are my friends. I turn to them for advice, strength, and direction. For example, I recently scurried through books looking for a reading from St. Teresa Benedicta of the Cross (i.e., Edith Stein). I found two, but neither had an impact on me. The next day, just before morning Mass, I opened a book and there it was, a perfect quote. Teresa heard my prayer!

The apocryphal Infancy Gospel of James says that when Mary was 6 months old, her parents, Anna and Joachim, “turned her bedroom into a sanctuary.” My childhood home was like that. Every room had a crucifix. Every window had a small statue of St. Joseph.

One time I stopped by my house with several kids from my parish. My mom offered us some soda. Our ice maker in the fridge was broken, and instead of making cylinders of ice, it made wafers. The kids whispered to one another, “Even their ice looks like communion wafers.”

My personal acquaintance with the saints began when I was less than a year old. After World War II, one of my mom’s army chaplains, a Franciscan friar, would stop at our house on his way from New York to Washington, D.C. He would hold me in his arms, put his skullcap on me, and talk to me about being a priest.

In elementary school, I was fascinated by St. Francis of Assisi. Reading his biography, I learned he used scripture to guide his life. I figured if he could, then so would I. I began modeling my life after his. I eventually took Francis as my confirmation name.

In middle school, I considered my name: Tom. I was named Thomas Anthony after my father. But when I thought about St. Thomas the apostle, I decided he was weak. Since my initials are T. A., I decided St. Thomas Aquinas was a better fit. I was good in school and desired to be a scholar. Like Thomas Aquinas, I wanted to seek God through philosophy and theology.

I grew up in a parish named St. Thérèse of the Child Jesus. Growing up, I never knew much about her. But in seminary I had a dream one night that I was following a beautiful young woman down a path. She had long reddish-blond hair. She wouldn’t turn around in my dream, but I knew I loved her. But who was she? I forced myself to repeat the dream the following night, but she wouldn’t turn around. After the third attempt, I gave up.

About 10 years after my dream, I learned that Thérèse had long reddish-blond hair. I later discovered she received a springer spaniel as a confirmation gift and named the dog Tom. I was amazed: I loved springers but since one of my sisters was allergic to long-haired dogs, we never had one. This confirmed for me that the young woman I was following in my dream was Thérèse.

Later in life I looked again at Thomas the apostle. Now I found in his questioning my own need to question and doubt. Thomas is a saint for our time. When so many question the truths we affirm, the institutions that support us, and the multiple paths that lie before us, I find in Thomas a role model. Placing his hand in the side of Christ, he found the rock that rooted him to go forward.

Francis gave me an approach to scripture. Thomas Aquinas encouraged me to explore the extent of my intellect. Thérèse taught me to surrender to the leading of the Spirit. And Thomas helped me question what I was taught and keep seeking until I placed my own hand in the side of Christ living among us today. 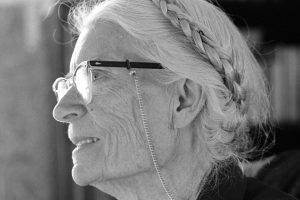 The real Dorothy Day was not a tame saint