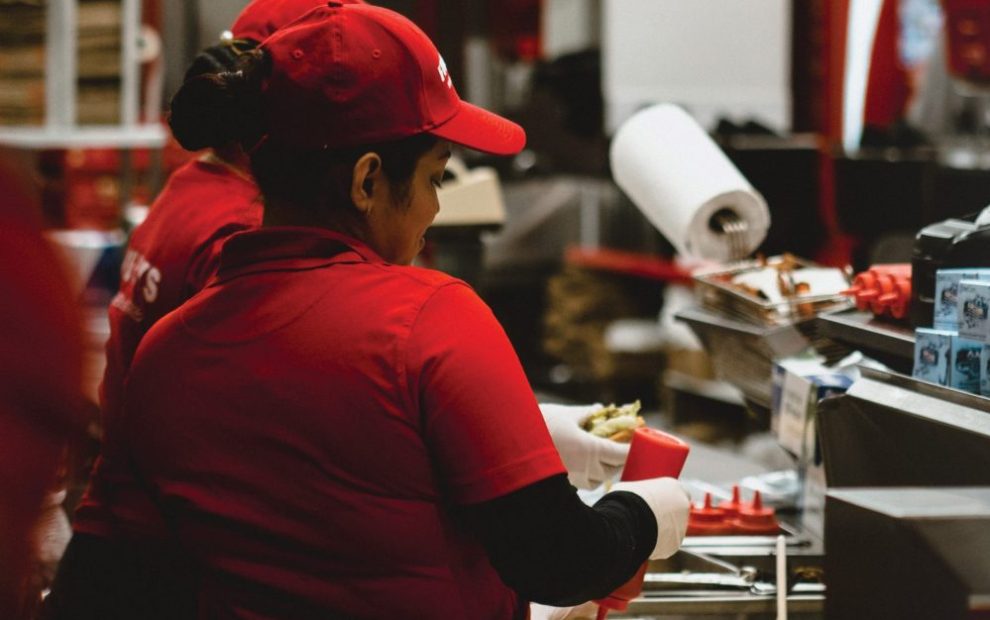 Each year as Labor Day approaches, we members of the commentariat stalk newspaper headlines for reports of strikes or union organizing campaigns like zoologists tracking an endangered species. We search for signs that the American labor movement is ready to awaken from its decades-long slumber.

This summer strikes and rumors of strikes have surfaced around the country, particularly at the worksites of corporate standard bearers such as Apple, Starbucks, and Amazon. Could 2022 finally be labor’s year?

It’s not an auspicious moment for a labor revival. Policymakers barely conceal a willingness to push unemployment higher to stave off the year’s galloping inflation. Leaders from the corporate world happily concur that 2022 is not the “right time” to rejigger labor’s compensation, rights, and privileges against management’s prerogatives. While bankers raise inflation alarms, a familiar sleight of hand has been executed.

Hidden within the inflation numbers, corporate profit margins hit historic highs in 2022 and executive pay reached new levels of excess. The average chief executive officer’s compensation in 2020 was 351 times higher than a typical worker’s salary. And after years of pandemic disruptions, workers have begun to challenge policies that relentlessly tilt compensation and work-life balances in favor of employers. Now acute labor shortages across industrial sectors offer workers a historic opportunity to renegotiate not just wages but their place in American life. Will someone be at the table to negotiate for them?

Union membership has been in a mostly uninterrupted decline since 1955. Decades of declining union power have contributed to widening inequities in the distribution of wealth, income, health care, and power in the United States. Today America’s mostly at-will workforce is unaware of a time when union power meant better pay and benefits, a higher standard of living, and improved safety and compensation packages for all workers, regardless of union membership.

The U.S. church has traditionally been an ally of U.S. labor, emerging from a time when most Catholic laypeople in the United States were working people themselves. Now Catholics are just as likely to be found among the political and management classes that will lock horns with labor over its fair piece of the America pie. If recent history is an accurate predictor, those fellow Catholics are just as likely to push back hard against labor demands, regardless of what they might find in dusty tomes on Catholic social teaching.

That’s not an inevitable outcome—we believe, after all, in a mystical solidarity that transcends class and culture—and groups within the church, such as the Catholic Labor Network and National Center for the Laity, have carried on valiantly, keeping that church-labor alliance alive through labor’s many lean years.

Leaders of Catholic institutions could play an effective role as exemplars of sensible, productive employer-union relations.

U.S. bishops could do much more to press Catholics in corporate boardrooms to remember their roots and the demands of human dignity. In the meantime, the church at the local level could rededicate itself to its historical role alongside the nation’s working class, whether that means joining them on a picket line or consistently pronouncing from the pulpit the demands of human dignity. And leaders of Catholic institutions could play an effective role as exemplars of sensible, productive employer-union relations.

Latino/a workers, laboring in sectors long ignored by union organizers, will be increasingly in the vanguard of the U.S. labor movement, just as they achieve a similar leadership position in the U.S. church. With an eye on the future of the church and the U.S. working class, today’s Catholic leaders would be wise to reclaim a place beside Catholic workers at the battlements for economic dignity. It’s where the church belongs.­