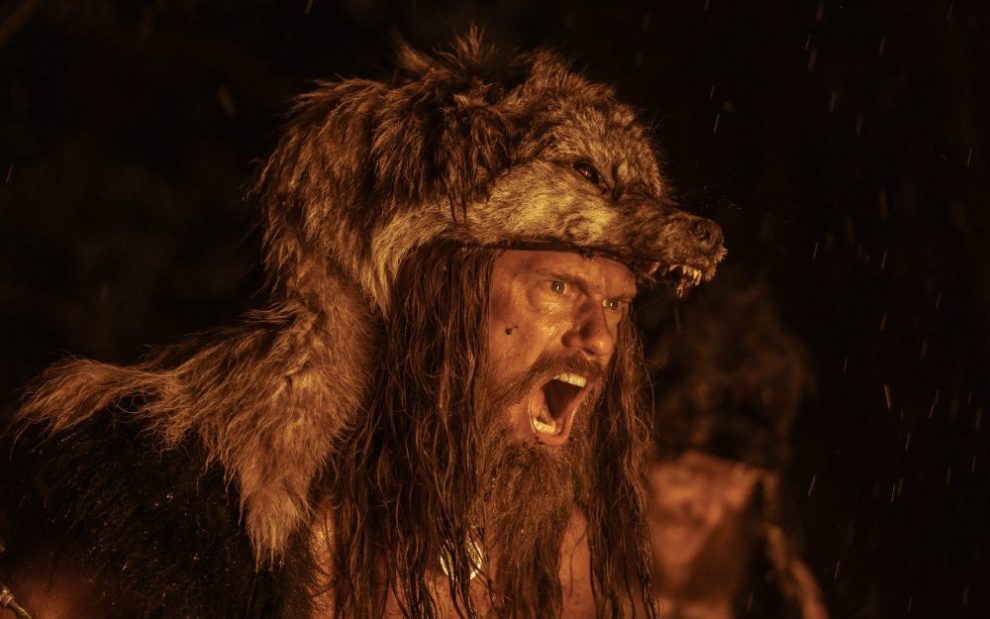 Director Robert Eggers has already built a name for himself as an auteur of the grotesque, macabre, and mystical with his prior films The Witch (2015) and The Lighthouse (2019). Now, he has turned away from the horror genre (if only slightly) to direct The Northman, a historical epic based on the tale of Amleth, the Viking legend that also served as source material for William Shakespeare’s Hamlet.

The Northman follows much the same story beats as the Bard’s rendition: Prince Amleth’s father (Ethan Hawke) is slain by his uncle (Claes Bang), who marries Amleth’s mother (Nicole Kidman). Amleth (Alexander Skarsgård) escapes, only to later return to exact revenge. However, Skarsgård’s Amleth is no Hamlet: He is not a well-mannered prince beset by self-doubt but rather a Viking warrior. His revenge is not mired in courtly politics or mind games—but in blood, violence, and witchcraft.

It’s the blood, violence, and witchcraft that manage to make this familiar revenge story seem alien. Mysticism and death alternate in a rhythm reminiscent of ancient epics. First a shamanistic coming-of-age ritual with the court jester (Willem Dafoe), then fratricide. First a prophecy from a seer (Björk), then murder and slave taking. First a quest for a mythical blade, then midnight murderous raids.

In this rhythm, The Northman suggests a very troubling proposition: That the divine is only available to us through primal suffering and violence. That blessing, prophecy, and divine protection are like Amleth’s magical sword: They can only be unsheathed in darkness or at the Gates of Hel (the appropriately named volcano serves as the film’s final battleground). This certainly seems to be an old idea, if not a true one. Perhaps it is exactly this proposition that Christ seeks to end through his incarnation and resurrection.