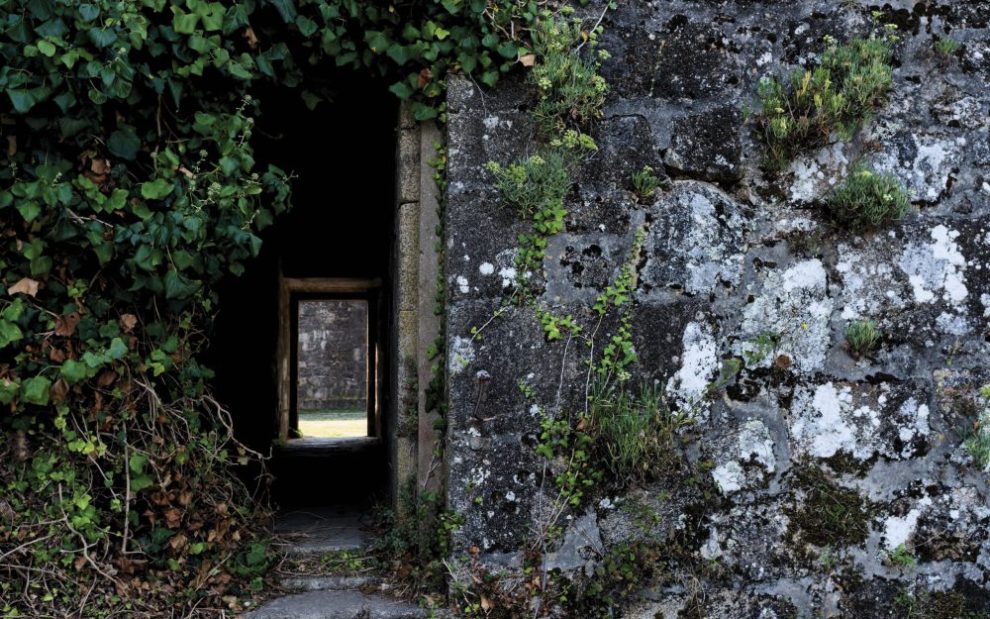 There is something unsettling, maybe even foreboding, about the narrow door passage from Luke’s gospel. When Jesus instructs us, “Strive to enter through the narrow door” (Luke 13:24), it can seem like he is placing some sort of restriction or limitation on who can or who cannot be in relationship with God, as if God is an angry gatekeeper. But our associations with this image are different than they would have been for people in Jesus’ time.

In Jesus’ day, many towns and cities were protected by an outer perimeter wall. If someone wished to enter, they had two options: a large gate or a smaller door. While the large gate would afford entrance for caravans of goods, livestock, horses, and camels, the smaller door off to the side would be used by travelers without carts or baggage. The line to pass through the main gate was often long, forcing people to queue for extended periods of time. Contrastingly, the smaller door offered quicker access. This context provides a fresh way of approaching this well-known scripture passage, for it espouses invitation rather than restriction. It is not about who cannot enter. Rather, it is an urgent call to self-reflection and discernment of our own priorities, practices, and values.

Perhaps this is nowhere more evident than in the way we as church treat members of the LGBTQ community. We constantly hear stories of people being marginalized in our church because of their sexual orientation, and much of that marginalization occurs at the hands of people within and among the church. However, if we wish to enter the narrow door that Jesus beckons us through, we need to leave behind some baggage we currently hold as church and as a church.

Life is not black and white, and neither is life in Christ. While one might jump to the false assertion that lack of certainty is a one-way ticket to relativism, we need look no further than Jesus to see this is not the case. In John’s gospel when the disciples encounter a man who was born blind, they ask Jesus a seemingly simple question: “Rabbi, who sinned, this man or his parents, that he was born blind?” (John 9:2). But Jesus responds with anything but a straightforward answer: “Neither this man nor his parents sinned; he was born blind so that God’s works might be revealed in him” (John 9:3). This response would have been difficult for the disciples to stomach, as it challenges their existing norms and beliefs. Quite simply, certainty implodes.

As Christians we must be willing to live with liminality, on a threshold between what is known and what is to be revealed. That is the space between crucifixion and resurrection. That is the paschal mystery. Accompaniment is not about being right or wrong. Encounter is not about who is in and who is out. If we are to follow Christ, we must have the humility to be like Christ and surrender our desire for control, our lust for power. This control can take any number of forms, including erecting barriers and creating the “other.” She doesn’t love like me. She is other. I am right and she is wrong. God is for and with me, not her. God shares Godself freely and without reservation. We are the ones who try to limit God’s work. We tell ourselves and others who is worthy of God’s life and love. We try to decide who is in and who is out. We try to form God in our own image.

As we work to give up control, we must also be willing to let go of our assumptions. What assumptions do we make when we encounter a member of the LGBTQ community in our parish? For too long our church has constructed a false and toxic purview that homosexuality is synonymous with immorality and promiscuity. Even when the Catechism of the Catholic Church notes that every sign of unjust discrimination must be avoided, I continue to hear homilists and parishioners alike make hurtful assumptions and generalizations about gay, lesbian, transgender, and nonbinary persons. I vividly remember working in a parish where the priest told a trans woman that she should wait in the vestibule instead of joining the rest of the community in the sanctuary.

These assumptions seem especially problematic when the entire gospel message is grounded in a great reversal of expectations. We see this especially in Luke’s narrative, beginning with Mary’s Magnificat: God “has brought down the powerful from their thrones and lifted up the lowly; he has filled the hungry with good things and sent the rich away empty” (Luke 1:52–53). We see this in Jesus’ parables of lost coins and lost sons, of workers and wages. These examples culminate in the death and resurrection of Christ, itself the greatest of all reversals. An instrument of destruction and death becomes the source of life and love.

What images arise when you think about the “golden age” of Hollywood? Maybe pictures of movie stars in fancy dress or lavish parties with flowing food and drink. Or perhaps those of a certain actor or actress in their starring role, playing the character that solidified their place in movie history. Chances are you probably don’t immediately call to mind images of out-of-work actors and crew as filmmakers struggled to make payroll. Or the widespread nepotism, racism, and misogyny that existed behind the scenes. Because of this golden construct amid other realities, sometimes people refer to this golden age as the “Hollywood that always is but never was.” Essentially, we tend to idolize a certain constructed narrative about the past that was never actually reality. But it’s not just Hollywood. Whether we realize it or not, we do this in our own church too.

Especially in the United States there seems to be a glorification of a past age in our church. Memories of this bygone era include incense and stability, Latin and gender roles, birettas and traditional family structures. No doubt those traditions are good, important, and holy. Tradition is rightly one of the cornerstones of our Catholic faith. But the past wasn’t perfect, and in thinking about tradition there is a significant difference between nostalgia and anamnesis. When nostalgic, we ache for a past age, regardless of what it means for the present. When we embrace anamnesis, however, we actively remember the past in such a way that it is manifest in the realities of today. That is what we celebrate in the liturgy. We live the reality of Christ’s life, death, and resurrection anew today. It is not some historical recreation or reenactment. It is not longing for bygone days and past structures. Rather, it is attempting to “do this in remembrance of me” (Luke 22:19), following the command of Christ to love and include and heal and challenge.

Divesting ourselves from excessive baggage can be difficult. It requires strength and courage. It requires faith and interior freedom. It requires a commitment to growth. But we as individuals and church must boldly heed Christ’s consolation and command: “It is I; do not be afraid” (John 6:20). In doing so—in leaving behind our desire for control, our assumptions, and our nostalgia for the past—we can better navigate the narrow door so to enter the kingdom of heaven.