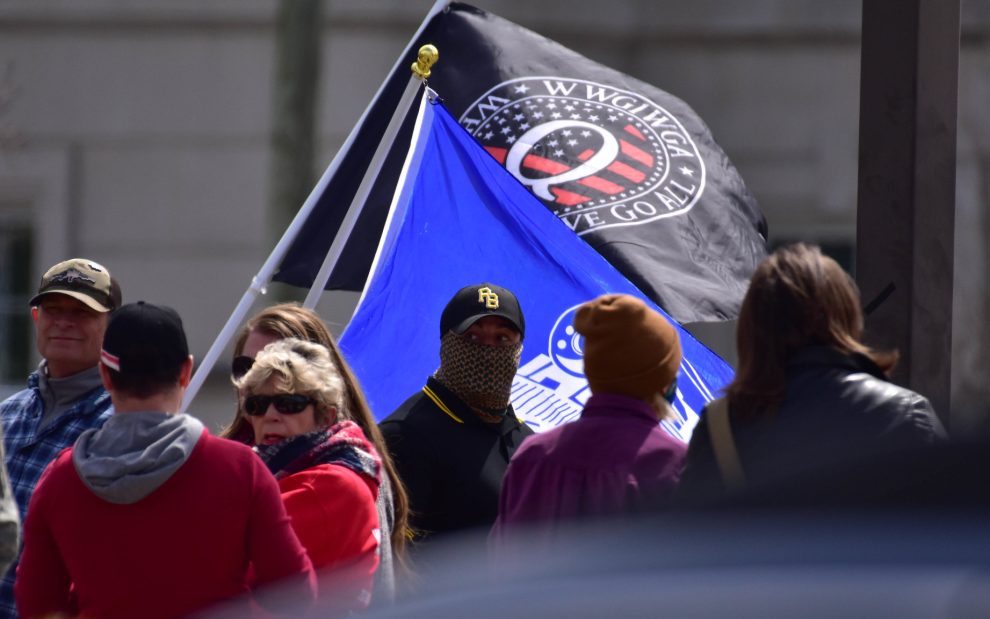 In November 2021 hundreds of people turned up at Dealey Plaza in Dallas (the site of President John F. Kennedy’s assassination in 1963) because they and their fellow QAnon believers had managed to convince themselves that both JFK and John F. Kennedy Jr. were not dead and were going to appear there to “reinstate” Donald Trump as president.

This did not happen. But the QAnon folks simply shook it off as they have shaken off other instances where reality failed to accord with their will. This is a case of what I have come to term magical thinking. And it has a long heritage both inside and outside the church.

By magical thinking I refer neither to stage magic nor to claims of occult activity involving spirits, ghosts, or demons. Rather, I refer to the tendency of humans to attempt to deny, overwrite, and replace reality by force of will. This is a parody of the Christian doctrine of creation through the Word of God, replacing it with anticreation by the power of the word of man. The effort to control and dictate reality, rather than humbly submit to the Word who creates reality, is connected with the sin of pride. It expresses itself in dominating personalities that promise their followers salvation through the triumph of their wills. In a minor key, it also expresses itself in the frightened followers themselves who are brainwashed and intimidated into believing and doing all manner of things in the service of the alternate reality conjured.

An archetypal picture of how pride is connected with magical thinking can be found in Acts 8:9–24, in the story of Simon Magus. Simon is a big noise in Samaria, a local wonderworker who is hailed as the “Power of God that is called Great.” We are not told what he does or how, nor whether his feats are clever tricks or genuinely preternatural. But clearly for Simon, the goal is power.

When the gospel spreads to Samaria, many people believe in all sincerity, seeking to obey Christ in love and service of the truth of his Lordship. But Simon, in contrast, reads the signs accompanying baptism (such as the gift of tongues or miraculous healings) through the lens of his desire for power. Simon “believed” and is baptized, evidently in a quest to add this new source of power to his bag of tricks.

Consequently, when Peter and John come to Samaria to confer what we now call the sacrament of confirmation on the newly baptized, Simon offers Peter money to buy into the franchise and become a “power distributor” himself. The idea that the grace of God is free and not a commodity he can own, buy, and sell never dawns on him, much less the idea of surrendering his will to Jesus. He wants to make the sovereign God of the universe a pet or possession he can control. Peter, appalled by Simon’s radically unconverted heart and mind, reams him out accordingly. Simon Magus’ “belief” is a strange half-belief that sees Jesus not as a Lord to obey but as a totem to exploit for his own ends. Peter’s lesson is clear: The God of the universe is not for sale nor a thing to be owned, exploited, and controlled. God’s grace is grace, not magic, and God’s will is done according to God’s Word, not whistled up and controlled by our words.

Other samples of this attempt to create alternative realities by the power of human words and will abound. Some are spectacular and can be seen in the lives of great tyrants, such as Joseph Stalin shooting meteorologists for the crime of “counter-revolutionary weather forecasting” or Adolf Hitler moving around imaginary armies in the defense of Berlin.

But there are also small, trivial attempts, such as superstitious “prayer chains” on the internet promising health and wealth if you just repeat the magical words and forward the email to 10 friends. Or the woman who tells herself that if she just pushes and pressures her son enough, she can “mold” him into not being a “failure” (by which she means “someone who does not live according to her dictates”). Or the man who convinces himself that the power of positive thinking will protect him from the police as he drives recklessly.

What ties these efforts, big or small, together is the attempt to will into being things that are not so—and may even be evil and selfish.

Clearly, there is a difference in culpability between the tyrant who tramples reality for the sake of raw power and the frightened and often powerless person who embraces delusion in a desperate quest to escape a painful reality. Most of us are not Simon Magus, Stalin, or Hitler, and our attempts to lie a false reality into being don’t produce vast geopolitical results. But whether we are powerful or living small, quiet lives, we can still do damage and make our own lives and the lives of those we love miserable. We tell those around us, “I can handle this,” as we doggedly refuse to admit we are wrong to scream at our spouse, or lie about the growing gambling debt, or deny our broken relationship with our children, or continue that dalliance with the coworker, or pretend in a thousand other ways that we do not need the grace of God and the love of our neighbor to be healthy and at peace. We can even turn ourselves into imaginary heroes and martyrs and blame our victims for failing to see our tragic grandeur. The results of millions of these “small” sins can be seen in the quiet tragedies unfolding all around us—and perhaps in the bathroom mirror every morning.

So how can we defeat magical thinking? The prescription of the gospel is bracing yet liberating: Repent, and believe the good news. But what does this mean, when we are called to repent of our own obsession with power that leads to magical thinking?

One important way we can do this is by embracing the virtue of prudence.

The Catechism of the Catholic Church describes prudence as the “charioteer of the virtues” because it helps us discern what is good and true and guides our actions toward the “right means of achieving it.” St. Thomas Aquinas, in the Summa Theologiae, writes, following Aristotle, that prudence is “right reason in action.”

Prudence is the clear-eyed ability to see what is true, rather than what we demand or wish to be true. It is a humble choice to surrender to the reality of the situation in which we find ourselves: the actual world as it is, spoken into being by the Logos who is God—and our place in it as God’s creatures.

The good news about prudence is that, as Aquinas also points out, it is the first of the natural virtues—virtues that absolutely anybody can practice and get better at, without any special inside knowledge. Facing reality can be hard at first. But it gets easier. The burden of maintaining the lie rolls away, and we can let God handle things too big for us to control. There is deep peace in that. We discover the grace, mercy, and peace that are given us by Jesus, the true Word who creates reality. We can lay down the terrible burden of trying to control the universe and let God do it while we attend to the small work of obedience to God’s will.