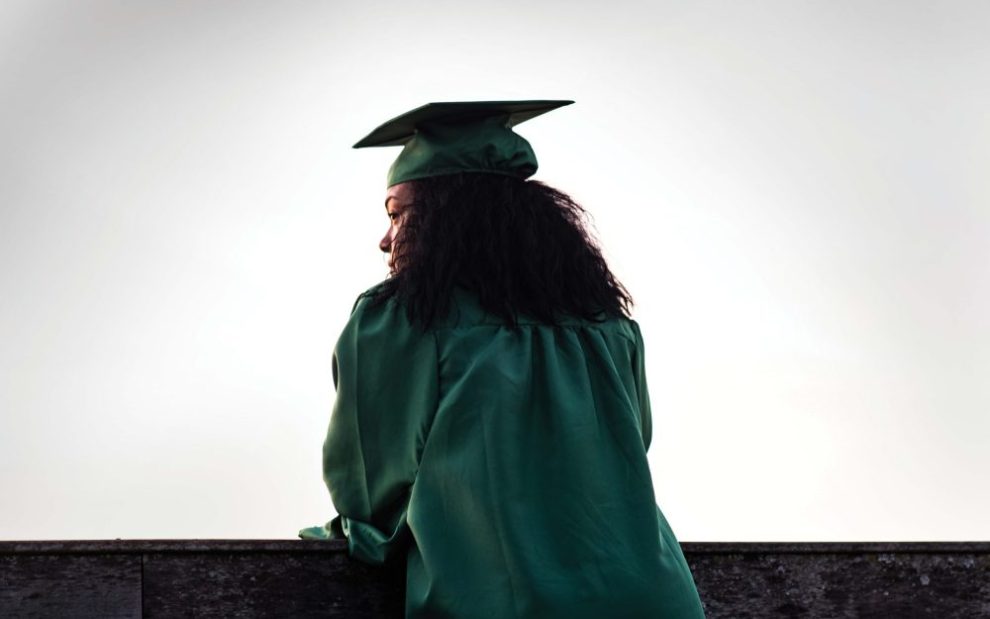 It is an old saw that a liberal education is a value in and of itself, but when students are asked to matriculate with a lifetime of debt, can anyone honestly advise young people to follow their educational bliss these days?

Student loan debt has become a crushing burden for generations of American young and formerly young people. College costs in real dollars (that is, adjusted for inflation) have quadrupled since 1971. Nationally, total student loan debt at $1.75 trillion is the second-highest category of consumer debt after mortgages.

More than 65 percent of today’s students face an average debt burden of $41,000 at graduation. Struggling to manage loan repayments, many graduates put adulthood on hold, unable to afford mortgages, marriages, and the families they long for. Conditions, of course, are much worse for those who have left school without a diploma but with large loans to pay back.

Many students interested in joining religious orders find themselves blocked by debt. Not many orders are willing to accept even the most apparently committed aspirants when there is a chance a candidate will disappear once their student loan debt has been resolved. In response, religious foundations have been established to pay off the debt of thousands of U.S. would-be novices.

Alas, young people not on the path toward a religious vocation—and their families—are pretty much left to their own devices. That means many a nonreligious vocation is put on hold or abandoned altogether by Millennials who have little choice but to accept whatever jobs come their way.

President Joe Biden tried to partly address the problem of overpriced higher education by adding resources to his Build Back Better proposal that would make all community colleges in the nation tuition free. That plan, unfortunately, could not make it past an internal veto in the Democratic Party. At the state level, however, legislators have had better success. So far 30 states maintain programs that mean two years of community college are offered tuition free. Such efforts are laudable and welcome, but their income standards often cut off a substantial number of middle-class families, deemed too affluent for assistance.

In Catholic social teaching, work enhances individual and familial dignity by securing sustenance, but work is also a force of divine meaning, an expression of cocreation. Doing the work we are called to do can be the best guarantee of individual happiness. It is also the happenstance that offers us the greatest opportunity to contribute to the welfare of others and the common good. College can be a time to figure out our best selves and discern and embrace that which we are called to be. Are we giving our young people an opportunity to do that?

Catholic colleges and universities, some with already substantial endowments, should lead the way on promoting vocations for all. Instead, they are among the private institutions that are the most expensive for working- and middle-class students to attend. Catholic college administrators should embark on an examination of institutional conscience. They should ask if their policies are driving students into professions motivated less by a desire to fulfill their vocations than a pressing need to deliver themselves and their families from a crushing burden of student debt.

During Mass in many parishes a short prayer is offered up for vocations for “holy priests, sisters, brothers, and deacons.” Why shouldn’t our prayers for vocations take a broader view, urging all our young people toward a true calling that will serve the church, the community, and creation in different ways?­