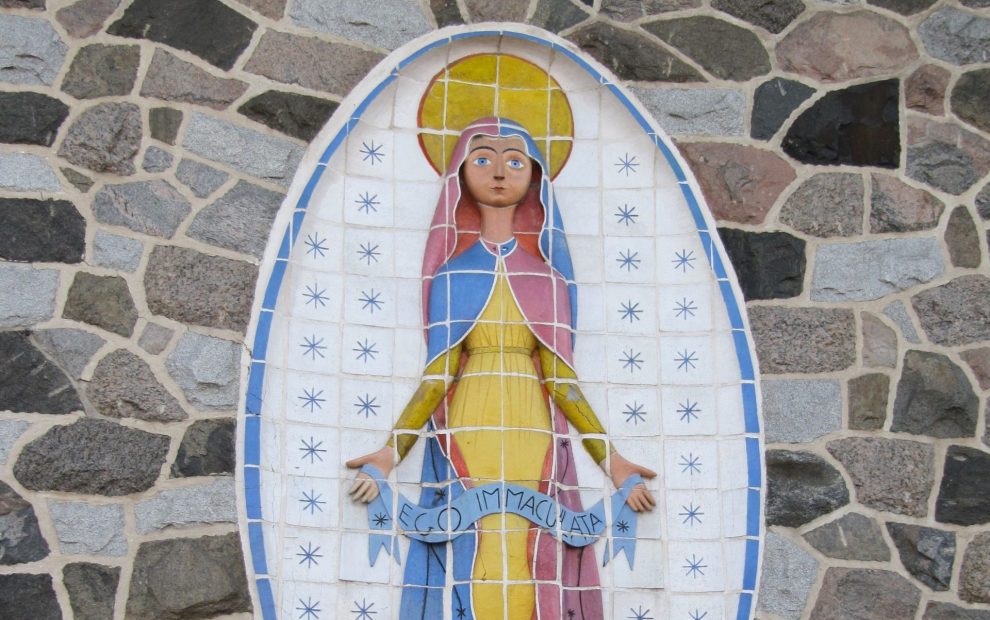 In the Gospel of Luke an angel visits a young woman in Nazareth named Mary and asks if she will bear the Messiah. Mary says yes. Then, presto! Mary becomes pregnant with Jesus. This is known as the immaculate conception, right?

Rather than revise the doctrine of original sin, Pope Pius IX and his theologians proposed another solution: the immaculate conception of Mary. By doing this, they protected the sinlessness of Jesus—and thus the possibility of salvation for humankind—and further elevated the most venerated and beloved of all the saints: Mary of Nazareth. Moreover, in a context in which many of the church’s European leaders felt attacked by the Enlightenment and the intellectual tools of modern reason, they did not have to concede ground to the rational logic of modernism that was later condemned in 1864 by Pius IX’s The Syllabus of Errors.

Hence, Pope Pius IX declared doctrine of the immaculate conception in his 1854 apostolic constitution Ineffabilis Deus (Ineffable God). Later, it was grandfathered into the First Vatican Council’s declaration of papal infallibility in 1870. It is one of only two teachings to be declared ex cathedra, or infallibly, by a pope. The other is Mary’s bodily assumption into heaven that was declared by Pope Pius XII in 1950.

Today, Catholics remember that Mary conceived Jesus through the power of the Holy Spirit. Mary’s courageous assent to a strange pregnancy and her yes to God and God’s plan are important to commemorate and venerate, but the doctrine of the immaculate conception does not refer to Mary’s pregnancy with Jesus. It refers to when Mary herself was conceived by her parents and God intervened to stop the transmission of original sin.