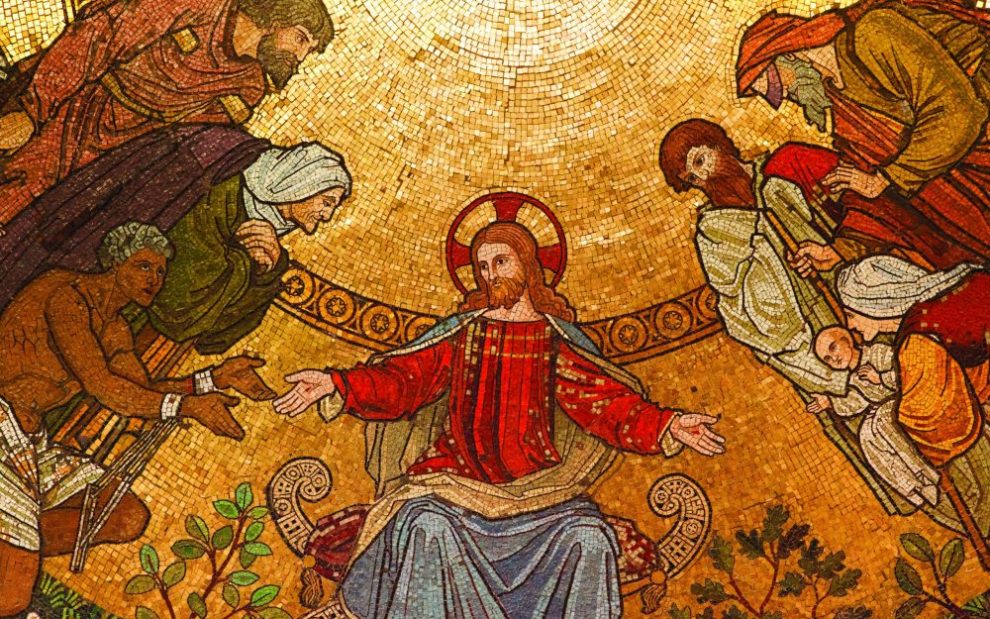 The game of “If” is popular among children, and not a few adults indulge in it as well. If I had a million dollars—so the most familiar version begins—then I would . . . and onward we launch into the fantasy of things to buy and do, places to go, problems to solve. Some might altruistically unload their dream-wealth on cancer research, needy children, or wildlife-saving. Others are more parochial in their redemptive moves, choosing to rescue the underwater mortgage or a debt-ridden relative. Others will make a beeline to personal acquisition: houses, yachts, and fancy vehicles. Some might travel the world. A few might follow the aspiration of William Shatner to “boldly go” into space.

While the money fantasy is a primary way to play the game of “If,” other versions include turning back the clock and giving history a makeover. Human history could certainly use a redo. What if Hitler could be stopped before the Holocaust, or the terrorism of 9/11 could be averted? What if European colonizers to the New World had found a peaceable way to coexist with Native communities? What if slavery had not been embraced as a means to gain wealth in the Americas?

Of course, we might simply prefer to rewrite our own histories. What if we’d been born to other parents? If we’d married that earlier love? If we’d chosen another vocation?

The game of “If” is often pursued as a bragging right: If I had been at the scene of the shooting, I would have wrestled down the perpetrator before a single person was injured. If I had been in the Garden of Gethsemane, I would not have fled and abandoned my Lord like those loser apostles.

What you or I might have done in the gospel generation is especially significant. We’re used to listening to these stories and privately avowing that we’d have been smarter than the twelve—not to mention braver, more loyal, and frankly more useful than the friends of Jesus generally are. We wouldn’t have asked all the dumb questions. We’d have made Jesus proud.

One thing people often say in church settings is that they wish they’d had the advantage of being in the company of Jesus as the early disciples were. If they encountered Jesus in the flesh today, just once, they’d be uber-Christians for sure! Their faith would be the kind that moves mountains! But alas, post-resurrection sightings have been rare. According to St. Paul, in fact, that number is capped.

Who had that rare opportunity to see the risen Lord? Paul provides a list of witnesses for some in the Corinthian community who are having second thoughts about this resurrection business. He supplies the list for two reasons: First, he does because belief in the resurrection of Jesus is central to the life of a believer. And second, Paul names names so that anyone in Corinth who doesn’t take his word that Jesus is risen can talk to the other eyewitnesses, most of whom Paul points out are still alive.

Who knew religious education could be this efficient?

The first reason Paul gives for his list is the crucial one: that belief in the resurrection is key to the life of faith. His insistence on this point is actually an inherited creed older than the gospels by as many as 40 years. If we examine the earliest reference to this creed, in the first letter Paul ever wrote, we appreciate what it means to him and could mean for us. In 1 Thessalonians, Paul writes: “For since we believe that Jesus died and rose again, even so, through Jesus, God will bring with him those who have died” (4:14). Spelled out this way, it’s just three easy steps to faith: Jesus died, Jesus rose, and, if we believe this, we will too.

Who knew religious education could be this efficient? The bottom line of our catechism might easily fit on the back of a T-shirt.

It’s uncertain where Paul obtained this creed. It may have been in Damascus, after his blinding on the road and reception in town by the Christian community. Possibly Paul learned it in Antioch under the instruction of Barnabas. This formula of faith may have been commonly recited in Jerusalem and was impressed on Paul during one of his visits there. Simple to learn and teach, such a pocket creed proved useful. In 1 Corinthians, Paul finds it necessary to remind the community, already in his rearview mirror, of what he told them while in their midst. The Corinthian iteration of the creed is a bit longer than the one in 1 Thessalonians. It goes like this: Christ died for our sins, he was buried, he was raised—and he’s been seen since.

The additions are perhaps the result of Paul’s growing experience as a teacher of the faith. Remember, the Christian scriptures haven’t been written yet. Paul doesn’t have a single gospel to consult. His two main resources in putting together his evangelization package are the Hebrew scriptures, which he knows well as a Pharisee, and the half-dozen years of encountering inquirers’ questions between the writing of 1 Thessalonians and 1 Corinthians. Paul adds that Christ died for a purpose—to break the bonds of sin in the world—something Paul gleaned from Isaiah, Chapter 53 (“surely he has borne our infirmities”) and Hosea, Chapter 6 (“after two days he will revive us . . . that we may live before him”). Later, Jewish tradition would further explore the idea of redemptive suffering, so we know the seeds of interpretation aren’t foreign to the tradition available to Paul.

We also know from his Corinthian correspondence that Paul knew that Jesus himself offered his blood as a new covenant before he died (see 1 Cor. 11:21–26). While Paul doesn’t include the formula from Matthew’s not-yet-written Last Supper narrative that Christ’s blood is poured out “for the forgiveness of sins” (26:28), elsewhere Paul embraces the certainty that Jesus viewed his death as a redemptive action.

Jesus isn’t for the precious few.

In the Corinthian iteration of his creed, Paul adds that Jesus was buried. He’d likely learned from years of teaching that some doubted the physical death of Jesus. Those three days in the tomb had proven to be convincing. But the final addition Paul makes is that Jesus has been seen since—and not just once or twice. Paul mentions the appearances we know from the gospels: to Peter and to the twelve. By “twelve,” Paul doesn’t suggest that Judas was present in the upper room at Easter. Paul didn’t have the gang-o’-twelve listing that later gospels supply (and disagree on). Twelve is a symbolic number for completeness, the full authority of Israel’s leadership. We sense how cavalierly Paul uses numbers here when he says that 500 at once saw Jesus. This may not have been an arena-style appearance but rather believers in multiple places having an experience of the risen Lord. What Paul is getting at is that the post-resurrection experience of

Jesus isn’t for the precious few. Even James, a relative of Jesus who chose not to follow him, saw him. Even Paul, a notorious persecutor of Christians, got that opportunity.

Are we still waiting for our turn to see Jesus? We already know where the meetup is happening. It’s in the gathering, in the word, and at the table. It’s in our response to the least of our sisters and brothers. The encounter with Jesus is never a game of “If.” The name of the game is “When.”