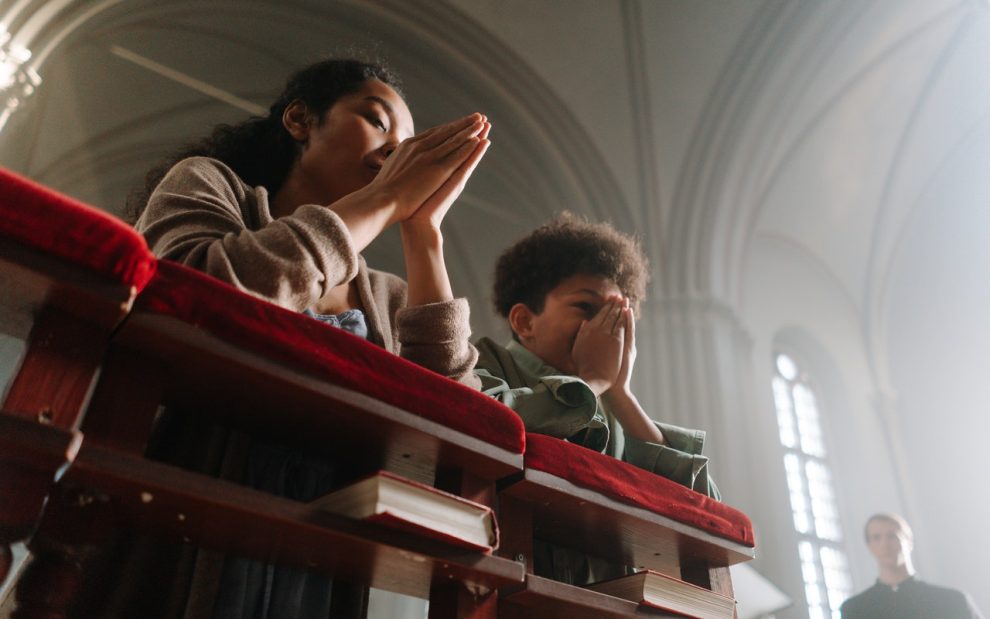 In the 1989 movie Indiana Jones and the Last Crusade, the title character competes with the Nazis to find the Holy Grail. At the end of his quest, he must pass three life-or-death booby traps, the first of which is called the “Breath of God.” Others had literally lost their heads by not understanding the clue “only the penitent man will pass.” Indiana realizes this means being humble and kneeling before God. By kneeling, he passes the test and keeps his head.

In the real world of Sunday Mass, we are not in danger of decapitation. At least I hope not. But the question often arises: Why do we kneel during Mass, especially when different parishes approach kneeling during the liturgy of the Eucharist in different ways? We understand kneeling as a sign of respect and reverence for the divine, but has it always been this way?

History sheds some light and poses some problems. Although there are biblical references to individuals kneeling in God’s presence, including Jesus in the Garden of Gethsemane, the earliest Christians probably would only occasionally have kneeled at prayer. They were mostly Jewish, and the general Jewish form of reverence for God through prayer was standing with one’s arms raised and sometimes bowing. Kneeling was reserved for special, more intensely focused forms of supplication. Thus, for the first centuries of Christianity, kneeling would have been part of Christian worship but not a dominant posture when compared to standing with arms raised. (This standing posture continues among our Orthodox kin who rarely kneel during Mass.)

Over the centuries, this practice developed new forms. As Judaism and Christianity split into two separate and distinct religions, one differentiating practice would be kneeling versus standing during communal prayer. Later, as Christianity became the dominant religion of the Roman Empire and later European kingdoms, it adopted the royal ways of showing reverence, humility, and fealty. As historian Eusebius points out, kneeling was the preferred body posture for Emperor Constantine as he prayed his devotions. This would have set a strong example for all other Christians in the Roman Empire. Centuries later, a serf would show fealty to a king or lord by kneeling, and historical development and inculturation would have played a decisive role. All these developments are reflected in the variety of practices of kneeling in today’s U.S. parishes during the post-Second Vatican Council’s liturgy of the Eucharist.

Body postures vary throughout global Christianity, but all are meant to remind us that we are purposefully bringing ourselves into God’s presence. As Catholics, we believe that God’s presence is always already with us. Through bodily posture and mental discipline, we intentionally remind ourselves we are with God. In prayer and during Mass, body postures assist us to move from our daily routines and awareness of life to a more intentional focus on where and how God is already always moving in our lives. We show reverence and open ourselves to God.