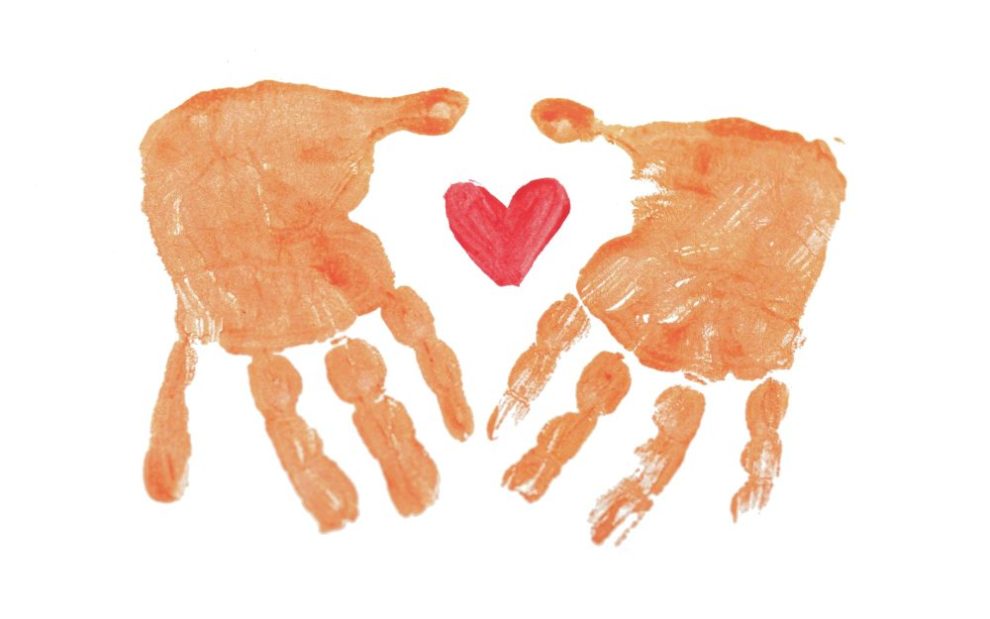 When I dreamt of becoming a mother, I never imagined parenting in strings of broken Spanish. In fact, my linguistic understanding of it was limited to a dusting of vocabulary and classes for beginners at a community college. Little did I know that my initiation into parenthood would hinge on embracing Latino/a culture and the beauty of the Spanish language.

It had been a trying year in both my personal life and our nation’s politics. Within a few short months I had undergone two surgeries to diagnose and remove endometriosis and an ovarian wedge resection to address polycystic ovary syndrome. After the second surgery, my desire for children had been exhausted with despair and uncertainty.

Simultaneously, the political climate in our country was divisive. Immigration policy was an especially charged debate as families were systematically separated at our borders. As I sat in the doctor’s office pondering the realities of my empty womb, children seeking asylum waited in detention facilities. These two realities would soon collide in a very unconventional invitation to motherhood.

The day we first heard about a foster care program called Refugio, I sat spellbound by the opportunity unfolding before me. I realized I was experiencing a cautiously blissful reunion with an old, abandoned friend: hope. Refugio offered short-term placements for unaccompanied minors at the border. It needed foster parents to step forward until reunification with the child’s family was possible. My heart skipped a beat as I imagined the distant possibility of small feet padding through our home. I turned to my husband, David, and prayed that speaking the words out loud would not snap the tender web of hope being spun in my heart. “I want to do this,” I whispered.

During an informational session later that month, my husband and I were briefed on the program logistics. We quickly understood the reality that made us, quite possibly, the least qualified family in the room: the language barrier. Because the children in this program were seeking asylum from various countries in Central America, Spanish was their primary language. Explaining our very limited Spanish, we asked whether we should even apply. Ultimately, we were told that the need was great and we should proceed if we were interested.

We continued with the countless hours of paperwork and were the first foster family approved for the program. Hope continued to weave its way back into my heart. Perhaps motherhood is not limited to a positive pregnancy test. Perhaps I would become a mother after all.

As we pulled into the gravel drive that sunny December afternoon, my body was tense with anticipation. I had pined for motherhood for so long that my mind now flurried with thoughts as I prepared to meet our 2-year-old foster daughter, Maria. It did not matter that this entrance into parenthood was an atypical one. It was our journey, and ours alone, that propelled us through the heavy metal door to the church nursery.

Must we have silent nights of attentive prayer to encounter God?

Amid my jitters of anticipation, I reminded myself again and again that her excitement would not match mine. After all, my joy went hand in hand with her grief. After introductions and a short briefing on logistics, legal documents, and car seats, we were on our way home as first-time parents.

That evening Maria was inconsolable and terrified to be housed with complete strangers. My many years of babysitting could not have prepared me for the cries of desolation and fear that propelled from the small soul entrusted to our care.

A few days later at our church’s Christmas Eve service, the choir sang a breathtaking arrangement of “Silent Night.” I caught David’s eye, and we worked to muffle our laughter. In this new season of life, our reality stood in comical contrast with the words of this song.

Must we have silent nights of attentive prayer to encounter God? I wondered at how Mary’s life transformed with Jesus’ arrival. What if calm nights were traded for welcoming the holy families living among us? With firm resolution, I decided to trade in my idealization of silent nights for the noisiness that accompanies joy.

A powerful lesson that loving Maria taught me is that we are not called to hold children solely within the tight confines of our embrace. Parenting is an art of continually letting go. Each stage of development is another way parents more profoundly release their children into this beautiful, chaotic, and sometimes terrifying world. If we forever cling to our children, how will they learn to walk, to adventure, to explore?

Maria’s case was lengthened multiple times due to factors outside our control. On three separate weeks, we were prepped that “this was the week” Maria would be reunified with her mom. The emotional roller coaster of preparing for goodbyes and then not knowing how much longer we had was unlike anything I had ever experienced. Ultimately, I learned that all I could do was treasure each day with her as a gift. After weeks of looming uncertainty, we received the call that Maria was going home.

What if calm nights were traded for welcoming the holy families among us?

Within her tender grasp, life holds so many different seasons. Each one represents people, places, and patterns. Our season with Maria lasted three months. She was the first child to invite me into motherhood. Her big brown eyes, rounded tummy, and chubby cheeks are forever imprinted upon my soul.

Maria’s bone-chilling screams permeated our goodbyes. Her absence brought a deafening silence that I could feel pulsating within the walls of our home and was confirmed deep within my throbbing soul. In turn, the gifts of motherhood and hope that her presence so abundantly brought were planted deep within my soul too. After Maria left our family to be reunited with hers, I became pregnant with my first biological child.

Many ways to be a mother

Including Maria, David and I were blessed to foster four children before the Houston Refugio program lost funding and abruptly ended. Each child was a unique gift to our family, teaching us about the determined endurance that courses through the blood of children seeking asylum. Ultimately, this experience taught me that there is more than one way to become a mother.

As I now prepare our home for our first biological child, I find little remnants of our foster children’s lives: extra jackets that did not fit into suitcases, little white shoes Maria wore, colorful confetti stars that an older foster daughter crammed down the bathroom sink, and photographs that continue to linger on our mantel. As we prepare for a new set of small fingerprints on our hearts and in our home, I pray that the old ones never fully wash away.

Each child was a unique gift to our family, teaching us about the determined endurance that courses through the blood of children seeking asylum.

Recently, I had a dream in which Maria came to our home once again. Still pregnant with my first biological child, I hugged her close to my growing baby and tried to breathe in her familiar scent. Despite the vividness of the dream, there was no trace of the scent I longed for. Even still, I remained captivated by her. Maria’s short, chubby legs lengthened with age as she walked away from me, yet she never lost the sparkle in her eyes.

As I journey from one form of motherhood to the next, I hold close the many lessons Maria taught me. Without a doubt in my heart, she paved the way for the baby growing inside of me. May the love we shared with Maria forever grow exponentially as my body and heart grow to embrace yet another first in parenthood: my first biological daughter.

Jessie Verm navigates the world by seeking moments of beauty, truth, and goodness. Follow her on Instagram @sweetteaforhumanity.