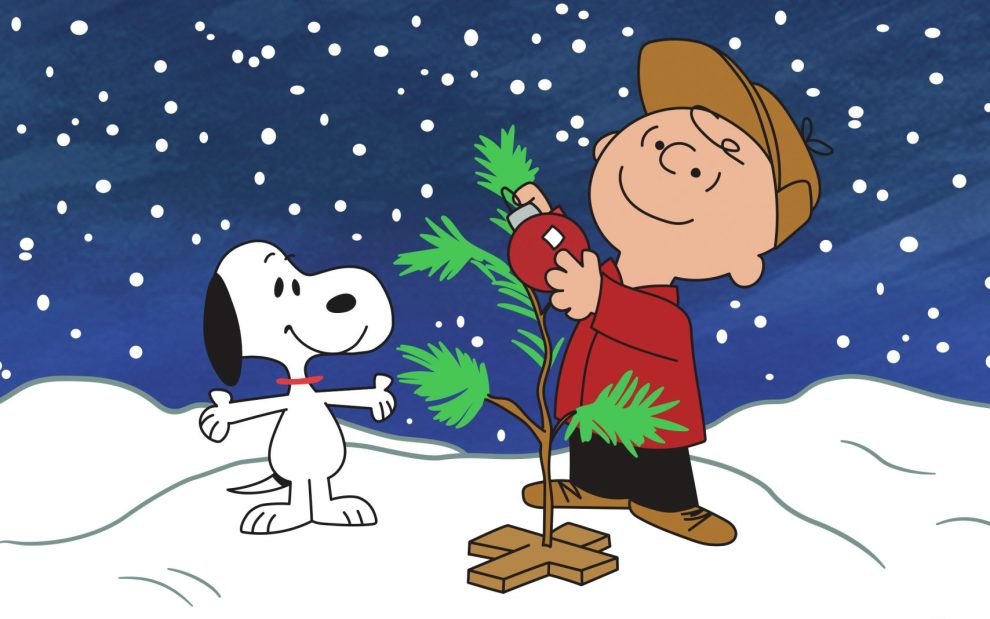 It happens every year. The opening chords of Vince Guaraldi’s “O Tannenbaum” surprise me in a coffee shop or store. Notes dance around like falling snow and cast me back to my childhood. When the bass line kicks in, I feel myself pick up the small, seemingly insignificant Christmas tree from A Charlie Brown Christmas. Linus’ words from the Gospel of Luke ring in my ears. The world around me falls away, revealing the harmony of the show’s final scene.

Each December Guaraldi’s album, A Charlie Brown Christmas, becomes America’s soundtrack. What some have called the most well-known jazz album of all time permeates every corner of society, adding a mystical character to even the most secular of places, a free-floating invitation to reengage with the true meaning of Christmas.

My 5-year-old daughter sums it up well. “I love this music,” she says. “It reminds me of home.” That’s the genius: It stretches you back to the place you most identify as home. Yet it also points you forward to the home that is our final destination and puts at the center that which made it possible to unite both—Jesus’ incarnation and passion.

Although birthed by Guaraldi, the San Francisco Bay area jazz pianist remembered for his iconic handlebar mustache, the music has a life and energy of its own. It partnered in its own creation, seeking out the two main voices in A Charlie Brown Christmas: the Peanuts and the liturgy.

Lee Mendelson, the producer who was the catalyst for bringing A Charlie Brown Christmas to television, was driving across the Golden Gate Bridge in 1963 and agonizing over what music to pair with the Peanuts when “Cast Your Fate to the Wind,” Guaraldi’s unlikely Grammy-winning hit, came on the radio. The song hypnotized Mendelson, who, according to Derrick Bang in Vince Guaraldi at the Piano (McFarland & Company), described it as “melodic and open, and came in like a breeze off the bay.”

Mendelson tracked down Guaraldi and pitched his Peanuts show. A couple of weeks later, Guaraldi called with a song idea. Bang recounts the story in his book: “I don’t want to hear it on the phone,” Mendelson said. “Let me come down to the studio.” Guaraldi, who was not a good music reader and didn’t write down his compositions, insisted. “I gotta play it for you, before I forget it.” Mendelson relented and heard “Linus and Lucy” for the first time.

The sound “just blew me away,” Mendelson remembered. “It was so right, and so perfect, for Charlie Brown and the other characters. Something deep inside me said, This is gonna make the whole thing work. Vince’s music was the one missing ingredient that would make everything happen.”

Bach, Brahms, and Beethoven all wrote Masses, so why not me?

Having found the Peanuts, the breeze continued blowing, looking for its other voice. In October 1963, Bang recounts, about the time Mendelson was driving over the Golden Gate Bridge struggling with the sound of Charlie Brown, a young Episcopal priest in San Francisco, Rev. Charles Gompertz, was at a similar impasse. His bishop had just appointed him to create a big innovative liturgy for the dedication of San Francisco’s soon-to-be-completed Grace Cathedral. Gompertz had no idea what to do. “I’m finished,” he thought. “It’s over. My career is at an end.”

Gompertz drew a hot bath to think. His wife was listening to the radio in the other room, and “Cast Your Fate to the Wind” started playing. Gompertz, who had never heard of Guaraldi before, was transfixed. The sound was perfect for the liturgy. He picked up the phone and, after a flurry of lucky calls, suddenly had Guaraldi on the line. Guaraldi, who grew up Catholic and had been an altar boy, thought the idea over. “Bach, Brahms, and Beethoven all wrote Masses,” he replied. “So why not me?”

No one had ever done a jazz Mass before, so they chose the most traditional setting possible, “Plain Song” of the Missa Marialis, as the base over which Guaraldi would improvise. Guaraldi prepared with a 68-voice choir for 18 months with a weekly rehearsal.

Just as with the Peanuts, it was as if Guaraldi was made to give voice to the drama of the liturgy. “It resonated with him, at a pretty deep level,” Gompertz remembered. “He was familiar with that musical form, and with the Eucharist. We didn’t have to explain anything about what the service was; he knew all of that, from having been an altar boy. He was impressed by the fact that the church—the greater church—would come to him, and ask him to do this. And there was never any mention of money in this whole thing.”

The Mass occurred on May 21, 1965. Despite some opposition and outright hostility, the event was a huge success that earned national media attention. Guaraldi insisted they record it and paid for it out of his future royalties. At Grace Cathedral was released the following August, and Guaraldi’s music became the public jazz voice of the passion.

The purpose of the jazz Mass at Grace Cathedral was to break open the church and engage the culture in a new way. In hindsight, Guaraldi would most fully accomplish this mission with his next project. As he finished preparation for the Mass, Mendelson told him that he had a deal with CBS for a Christmas show. Guaraldi signed up and began work on A Charlie Brown Christmas, bringing these two voices—that of the Peanuts and that of the passion—together.

Making A Charlie Brown Christmas would be a six-month rush job for the animators but not for Guaraldi. He had been immersed in the world of Peanuts for over a year. Just as importantly, Guaraldi picked up America’s passion play and began to compose music for it as he was completing a 1½-year immersion in the eucharistic liturgy. Where critics saw Peanuts in his Mass—writer Douglas Payne called it “The Peanuts Go to Church” in an article for All About Jazz—it’s easier to see the influence of the Mass in A Charlie Brown Christmas. It’s even embodied in the recording: Children from the Grace Cathedral Mass provided the vocals for the soundtrack, which could be called “Church Comes to the Peanuts.”

And every year the Peanuts Mass floats into our homes and public spaces like a “breeze off the bay.” The sound’s gentle pluralist tone caresses but like the smoke of incense hits with a full spectrum of emotions, memories, and ideas. Jean Schulz, the wife of Peanuts creator Charles Schulz, told The World’s “Studio 360” that Guaraldi captured the “lilting quality” of the children. Even more so, the lilting character of the music captures the listener, just like it captured Mendelson and Gompertz, only now with the power of paradox.

Paradox is what gives A Charlie Brown Christmas its magic. Charles Schulz brought together timeless landscapes and holiday scenes with existential yearning—harmony and conflict. Guaraldi wove those two extremes into a single sound, particularly in his composition “Christmas Time Is Here.”

The song has a simple melody, but Guaraldi’s innovative use of chords, such as “his secret weapon” the F major ninth, adds a new layer of complexity, explain Trent Jones, Karl Schudt, and Scott Hambrick in their podcast, Music and Ideas. Guaraldi carries one note in the melody from chord to chord, connecting melody and chords while introducing mild dissonance.

The long and short for nonmusicians like me is that one note says, “Let’s go buy stuff,” while the other says, “What’s the meaning of Christmas?” The major conflict of the story exists in the chords and provides a swirling, timeless feeling in the moment. Yet the progression of the song, like the story, builds to a resolution of harmony.

The effect of this “floating dissonance” is that the soundtrack, like the children’s dialogue and the existential conflict at the core of the story, “talks up” to you. The sound doesn’t repress with the flat banality that the “real world” of adulthood usually imposed on children. Instead, it purifies with the authentic innocence of childhood and elevates the spiritual maturity of elders.

Guaraldi’s music not only matches the space Schulz creates but magnifies it. It’s the integrative thread that ties art and drama into a single living organism and breathes its spirit out into the world. The sound is a vehicle of contemplation that conjures mystery with the improvisation of the music cultivating the unfinished, creative agency of faith.

So keep your ears open this Christmas. In the midst of the worldliest of places—shopping malls and restaurant chains—the soundtrack of A Charlie Brown Christmas will find you and continue its unfinished mission. The floating dissonance will give voice to consumer malaise and feed the hope of redemption, a vision of home shining through the lights of the season in a way that wasn’t there before.