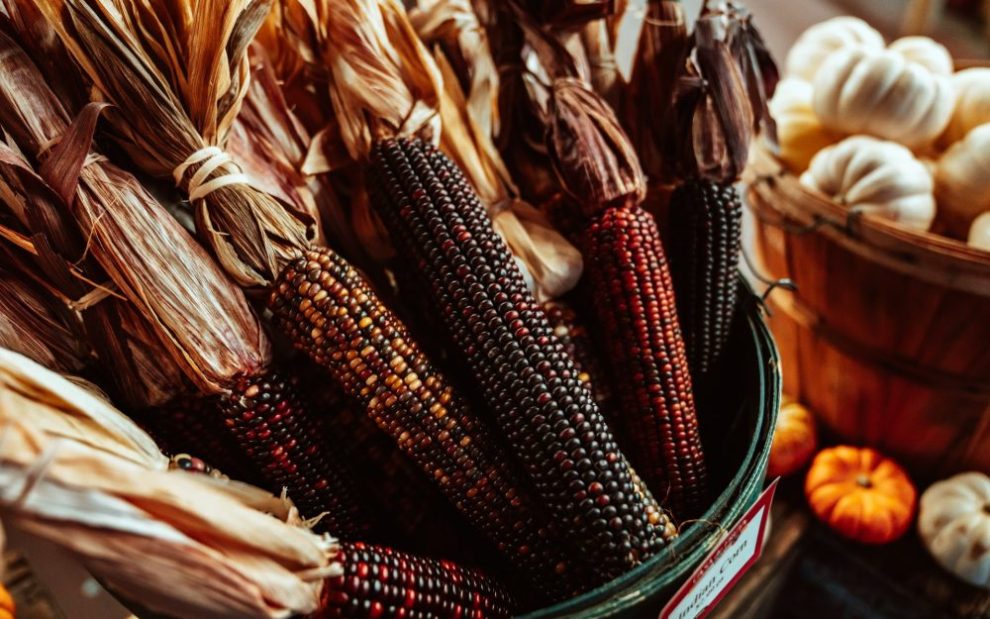 Few things in American life strike a deeper chord than Thanksgiving. A table covered with food. The late autumnal light slanting through bare trees. And motion. The whole country responds to the homing signal to unite with relatives and friends. Many of us return to where we were born, the very land calling us back to where we emerged. Thanksgiving’s universal appeal is due in part to its deep Catholic roots.

The origin story of Thanksgiving that we usually tell is that of the Pilgrims, the group of settlers that arrived in 1620 in what is now Massachusetts. Half of them died the first winter. The rest survived due to the help of the Wampanoag, the Native people looking for allies against their more powerful Narragansett neighbors. In this version, Thanksgiving was a joint Wampanoag–Pilgrim feast in the fall of 1621. The Pilgrims celebrated their harvest after barely surviving the first year in a new land.

Only Thanksgiving couldn’t have happened this way. For Puritans at the time, giving thanks was a stark affair. It usually consisted of a long day of fasting and prayer in church.

The impetus for Thanksgiving came from the Wampanoag. This type of feast to honor and thank the spirits that sustain them is a common facet of Wampanoag life.

Squanto, a Wampanoag who spoke English and was an ally of the settlers, was Catholic. Abducted as a slave and taken to Europe, Squanto had his Catholic faith to help him survive his six-year journey home and bridge two different cultures.

Whether Squanto knew it or not, in fostering the first Thanksgiving he drew on the deep font of Catholic spirituality. Ceremonial feasting to give thanks is the center of Catholic life. Eucharist means an “act of thanksgiving.”

A feast unifies the whole cosmos. Food is a gift of the earth, shaped by human labor, everything in the cosmos focused down into a single point. Food is the very essence of life, which is then given to all to be shared, unifying all present. To offer food in thanksgiving is to complete the circle and give the gifts back to the Creator.

The circular focusing and then magnification that occurs in such feasts is the embodiment of what G. K. Chesterton meant by saying “gratitude is happiness doubled by wonder.” That’s what Squanto and the Wampanoag taught the Pilgrims.

That is what calls us home this time of year. All the beings that sustain us in the land and sky, our ancestors yearning for our problematic history to be resolved, our families too often separated by distance, our Savior who fulfills his promise to be with us always through a sacramental feast—all our relatives calling us home, uniting us in life and fellowship, turning us outward in gratitude to all that surrounds and sustains us, renewing us in happiness and wonder.