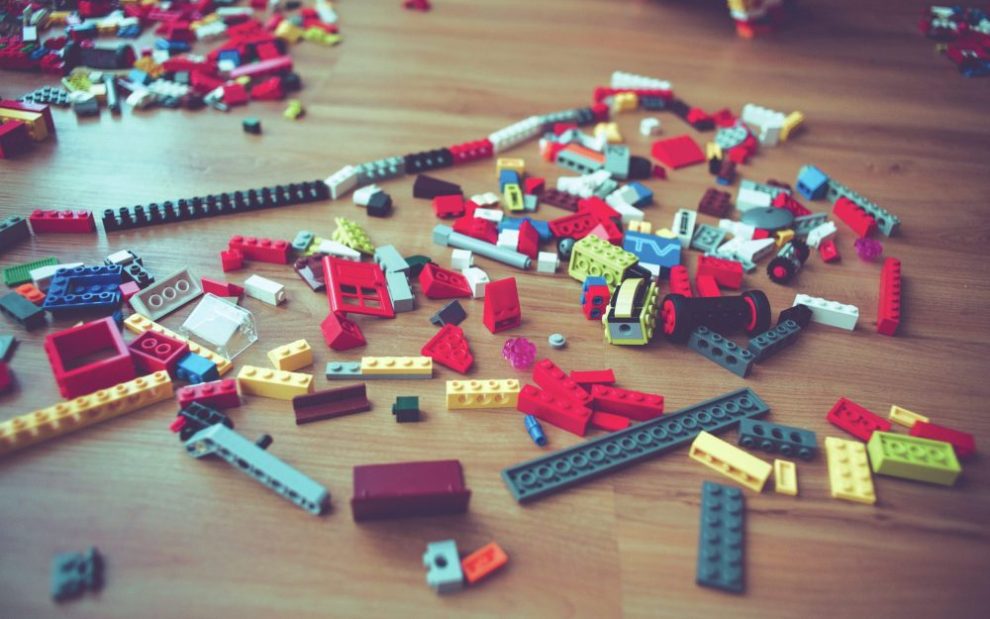 I’ve always cringed when I hear the expression “offer it up.” While the phrase actually refers to something called redemptive suffering—the idea that our suffering can unite with Christ’s on the cross and, in doing so, can take on redemptive power for ourselves and others—redemption isn’t what comes to mind when I hear someone (usually an older woman or a Catholic mommy blogger) use the expression.

For me it conjures images of wives from past generations stoically accepting the mistreatment of their husbands because their parish priest suggested that forbearance was the pathway to sanctification. Or women in the workplace gritting their teeth and resignedly tolerating the harassment of their coworkers and bosses because that’s what holy women are supposed to do. Or people of color silently bearing slurs, discriminatory acts, and microaggressions, again and again throughout history, because they’ve been led to believe that those forms of suffering are their crosses to bear and that good will come of them.

As far as I’ve been concerned, suggesting folks should offer up their sufferings is a tool of oppression. It is one through which those in power convince those without power to endure the injustices shown to them in passive silence. Thinking of all the ways the practice can be misused, I have never devoted much thought to integrating it into my spirituality in more wholesome ways.

Until recently, that is. And that’s because my quotient of everyday, unoppressive but still irritating, largely unavoidable suffering has increased lately. To be more specific, it has increased since I became a parent three years ago.

Don’t get me wrong: If my suffering has increased twofold, my joy has increased 100-fold, and I wouldn’t trade my sufferings as a parent for any other kind of suffering or even no suffering. I don’t take for granted how lucky I am to have gotten pregnant, delivered healthy babies, and enjoyed the privilege of time spent with them. But that doesn’t mean I’m impervious to the pain of a forceful head bonk when my toddler dives toward me on the couch or that I’m a paragon of equanimity when I’m awakened in the middle of the night or what I deem as “way too early” for 10 days straight. To the contrary, I lose my cool embarrassingly quickly in these situations. If I’m not crying alongside my toddler in the head-bonking incidents or hissing to my infant that she “Has. Got. To. Go. To. Sleep. SOHELPMEGOD!” I’m definitely whining to my sister about the aggravations on the phone or huffily handing off the screaming child to my husband so I can disappear to lick my wounds in private.

To be clear: I don’t handle the minor sufferings that accompany the tremendous blessing of parenthood gracefully. That’s why I’ve recently changed my mind on the value of “offering it up.” Here’s what that means and looks like for me:

The concept of redemption isn’t a cornerstone in my theology. (That’s a whole different topic for a whole different article.) In a nutshell, I’m more inclined to think of Jesus’ suffering and dying on the cross as a means of demonstrating perfect love—a love that is courageous enough to speak truth and humble enough to bear the consequences of speaking truth in an unjust world—rather than as a redemptive act, that is, one that “pays the price” for humanity’s sins. Therefore, the idea of redemptive suffering doesn’t particularly resonate for me. But the idea that our suffering can shape and refine us so that we become ever more equipped to follow Christ’s example of perfect love? That makes a lot of sense to me.

We don’t become courageous, wise, tolerant, humble, and patient in an instant.

In other words, suffering—again, I’m not talking about suffering that is born of injustice but rather suffering that comes with the territory of being human—has the power to make us more like Christ by giving us the opportunity to practice suffering in a loving way, like Jesus did on the cross. For instance, my knee-jerk response to the pain that accompanies stepping on a Lego is to yell in frustration that someone had better pick up their things. But am I capable of taking a deep, forgiving breath and internally acknowledging that my 3-year-old “knows not what she does”? Yes I am.

I’ve long had an armchair theory that throughout our lives we become more of what we currently are. If I’m a 32-year-old with a short fuse who is prone to pouting when I don’t get my way and inclined to holding grudges, then I’ll eventually morph into a temperamental, resentful, and unforgiving octogenarian. On the other hand, if as a young woman I strive to put the needs of others first, calmly accept that the world doesn’t revolve around me, and give others the benefit of the doubt, then I’ll transform into one of my favorite types of humans: warm and wise elderly women who have maintained inner radiance even as they have endured suffering.

We don’t become courageous, wise, tolerant, humble, and patient in an instant. We’re not Jesus, after all. We are imperfect human beings looking at his perfect example and trying to emulate it in whatever ways we can. To cultivate the qualities of perfect love, we have to practice them over and over again, building pathways of goodness in our brains and strength to live out that goodness in our spiritual and emotional muscles. Offering up our sufferings—keeping our mouths shut when we want to scream, accepting the petty annoyances of a phase instead of complaining endlessly about them, carrying on with the chores that bore the living daylights out of us rather than neglecting them—is a tool for practice.