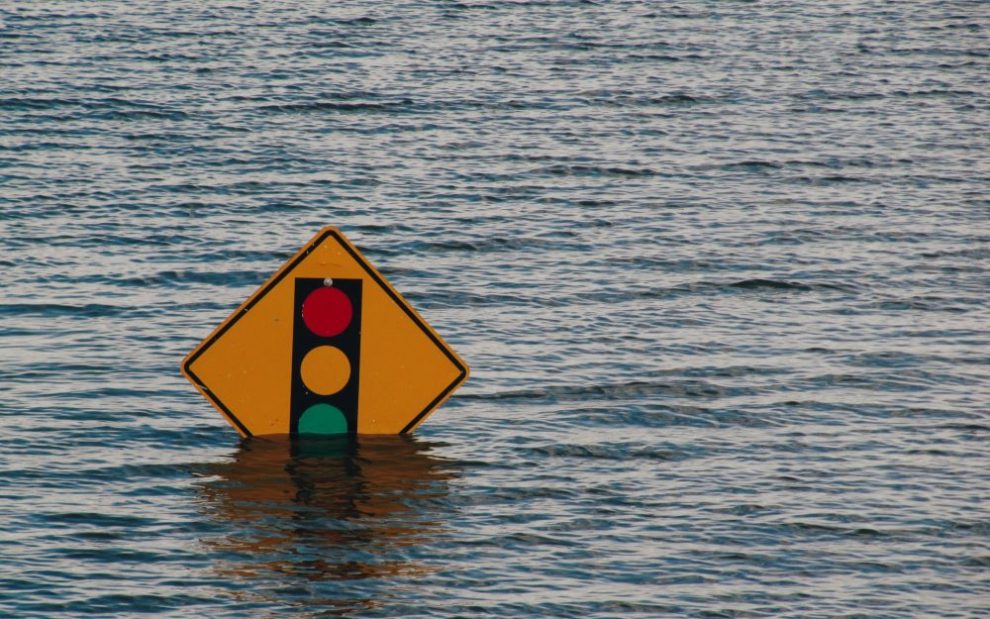 The damage Hurricane Ida inflicted on Louisiana was terrible—second only to Katrina 16 years to the day before Ida—but pretty much what forecasters expected. It was after Ida lumbered north through the Mid-Atlantic states that it began some truly unanticipated and mortal mayhem. More people died during Ida’s prolonged exit across the United States than were lost when the storm made its ferocious Category 4 landfall on Port Fourchon, not far from New Orleans. Thirty-one people were killed in Louisiana, but 29 died in New Jersey, 18 in New York, five in Pennsylvania, and eight more in other states.

Like an increasing number of storms brewed over Atlantic, Caribbean, and Gulf waters during our era of late global warming, Ida packed an unprecedented wallop with sustained winds of more than 150 miles per hour, and Ida’s slower pace above overheated waters meant she carried a vastly heavier load of water. That water came down in monsoon-level rains as Ida lingered over the northeast, creating astonishing scenes in New York City as streets and subways quickly flooded.

Ida provided another example of the real-world implications of climate change. Those “unusual weather events” that climatologists have long predicted are no longer abstract projections but real-time threats arriving much earlier than anticipated. While humanitarian groups have properly focused on the profound impact of climate change-juiced weather events on vulnerable communities in the developing world—where such storms threaten to produce the greatest human suffering—it’s become clear that even advanced economies like the United States are not exactly prepared. European states were shocked just weeks before Ida by terrifying flash floods in July that tore communities and infrastructure apart in Belgium and Germany after hours of torrential rain, claiming more than 220 lives, and it seems each year California’s fire season becomes increasing uncontrollable.

The storm also offered a depressing glimpse at how poverty will play a role in divvying up the suffering and death because of climate change. In Queens, New York, the deluge uncovered unanticipated hazards for people living in garden and basement apartments. As water rose in the streets, trapping buses and cars across low-lying neighborhoods of New York boroughs, ground-level apartments became death traps. These are the kind of living quarters only the most hard-pressed will accept. Many of them were illegal spaces precisely because they did not include more than one way to exit in the event of an emergency.

And while some New Yorkers were struggling to escape the rising waters in their homes, others were filmed wading through knee- and hip-high waters, incredibly still attempting to make food deliveries during the deluge. During bad weather, delivery services like DoorDash and GrubHub offer meager bonuses to gig workers, many of whom live so close to the margins that $2 more a delivery is enough to bring them out to work in a hurricane. The images of these soaked and endangered delivery people was a stark depiction of the inequity of life in New York and a small illustration of how the impact of climate change will play out unevenly around the world.

If the affluent world isn’t ready, how much less prepared are nations in the developing world to confront what will be record breaking winds, rains, flooding, and heat? After the rain stopped and floodwaters receded, Ida offered poignant lessons about the calamitous future ahead. The changing weather will be endured by all, but once again the worst risks and most acute hazards will fall hardest on those least able to bear them.