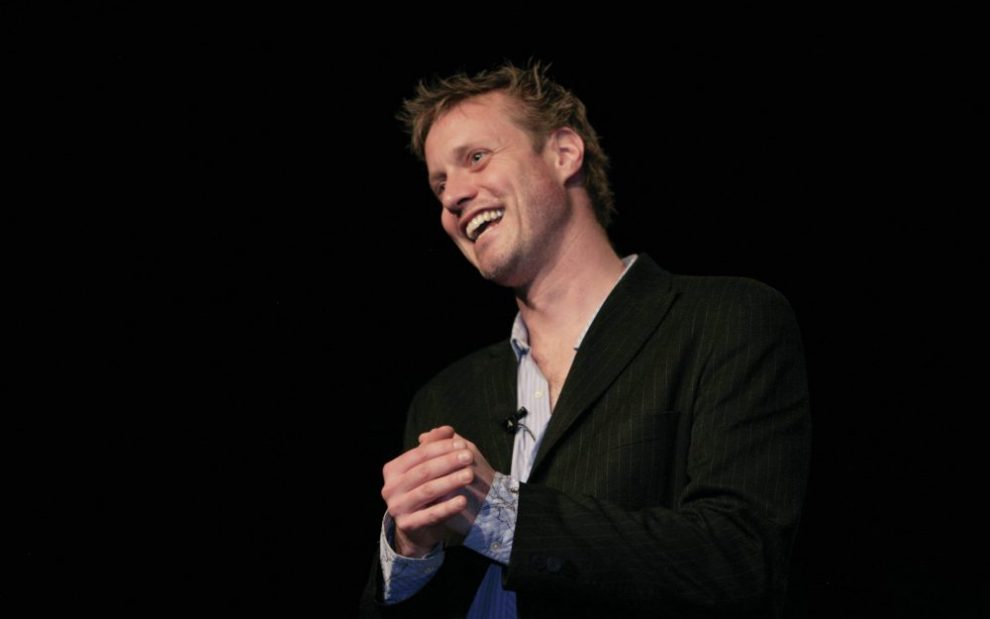 “True Facts,” little bitty animal movies, are treasures of bug and bird and bat lore. They are laugh-out-loud delightful, thanks to Ze Frank, their witty creator.

These 3- or 4- or 10-minute minidocumentaries use gorgeous and remarkable research footage from scientists accompanied by irreverent and clever narration by Frank, a onetime media executive at BuzzFeed Motion Pictures and a longtime internet content creator.

There are “True Facts” about ostriches, dragonflies, batfishes, ducks, giraffes, shrimp, octopi, owls, ants, star-nosed moles (gird your loins for that one), and tardigrades. What’s a tardigrade? You probably know it by one of its alternate monikers: the moss piglet or water bear. No? Then give “True Facts About Tardigrades” a click on Frank’s YouTube channel, ZeFrank1. You’ll learn stuff.

“True Facts About Stinkhorns” contains perhaps the most gorgeously creepy images you’ll ever see of the curious stinkhorn fungi. “True Facts About Nudibranchs” presents reef-dwelling sea slugs of striking beauty, even though they are, you know, slugs. “True Facts About Leafhoppers and Friends” is a hoot—that line of Frank’s about an aphid he names “Mildred” creates a wee sense of empathy for the critters crawling around on my roses.

What Frank has to say about animals, insects, mushrooms, and carnivorous plants is pretty much what a circle of 8-year-olds might wonder aloud when confronted with some odd-looking living thing. Frank is intrigued, charmed, and inquisitive about the biological world. His brief movies have a gentle, almost tender quality. He gives creatures personalities and names, fabricates plotlines, and teaches facts like a scientist. (He was trained as one at Brown University and coauthored a neuroscience journal article on the visual cortex.)

His intentionally eccentric pronunciations of certain words—birds are bee-yurds and young animals are all beh-behs—have a cult following and their own T-shirts. He writes catchy songs that go viral about puffins courting and spiders shaking their butts.

Speaking of animal butts, Frank does talk about them, to the delight of young viewers. His research is solid, and his facts are fascinating. Like David Attenborough before him, he doesn’t shy away from explanations of an animal’s reproductive or elimination proclivities.

The “True Facts” series honors scientists—people generally ignored by most media—and the arcane subjects they study, like the tongues of lizards and ant mutualism, which is actually a thing. This celebration of intellect and accomplishment, along with concern for the natural world, is a most welcome antidote to the clogged media pipeline of stories about the preferred beauty products of celebrities.

In March he launched his “True Facts: Help the Bats!” video about intrepid bat biologist Merlin Tuttle’s efforts to preserve bat habitats. Frank not only educated viewers but also raised $95,000 in 12 days to protect bat populations around the world. It’s a video well worth watching, if only to see Dr. Tuttle performing yogi-like maneuvers to get himself up and into the belly of a bat tree.

Before he made animal movies and back in the early days of the internet, Frank pioneered fun and funky approaches for using tech to meaningfully connect people. The influencers and YouTubers of today owe Ze (pronounced zey and short for his full name, Hosea) a tremendous debt.

His multiple TED Talks about how we might use the internet to delight and heal each other and ourselves, viewed by millions, are so wildly popular and extraordinarily touching that they appear in playlists with titles like “Talks to watch when someone just stomped on your heart,” “Talks to watch when every conceivable bad thing has just happened to you,” and “Talks to watch when you don’t know what to do with your life.”

In his TED Talk “My Web Playroom,” recorded in the nascent days of both TED and the internet, Frank brings together an online chorus of children, singers, and out-of-tune warblers recorded individually all over the world, blending them into a single song that offers comfort to people who feel lonely and anxious. In other words, to all of us. When Frank plays his final version for the TED audience and they hear a chipmunk-squeaky toddler’s voice lead the refrain, you can almost see the aura in the room shift: “Hey, you’re OK. You’ll be fine. Just breathe.”

Google his remarkable, brief video “An Invocation for Beginnings.” It’s a sort of poetic “Desiderata” for changing, shifting, and getting on with things that might seem darn scary, filled with forgiveness for errors and encouragement to be brave in spite of our self-doubts.

“I like reminding people that we are flawed and wonderful. I like helping people feel less alone.”
—Ze Frank

To help people feel calmer and connected during the early days of the pandemic, Frank created “Sploresville,” a series of improvised stories about a fictional small town. He is also the narrator of the enchanting “Dear Kitten” videos for Friskies, viral sensations among pet owners.

As I was writing this, I sent him some questions. And what do you know—he answered me. “I like making people laugh,” he writes. “I like finding ways to help people feel creative. I like reminding people that we are flawed and wonderful. I like helping people feel less alone.”

Frank is a kind of Mister Rogers of the internet for grown-ups. He makes good stuff that makes people remember how good they are too.