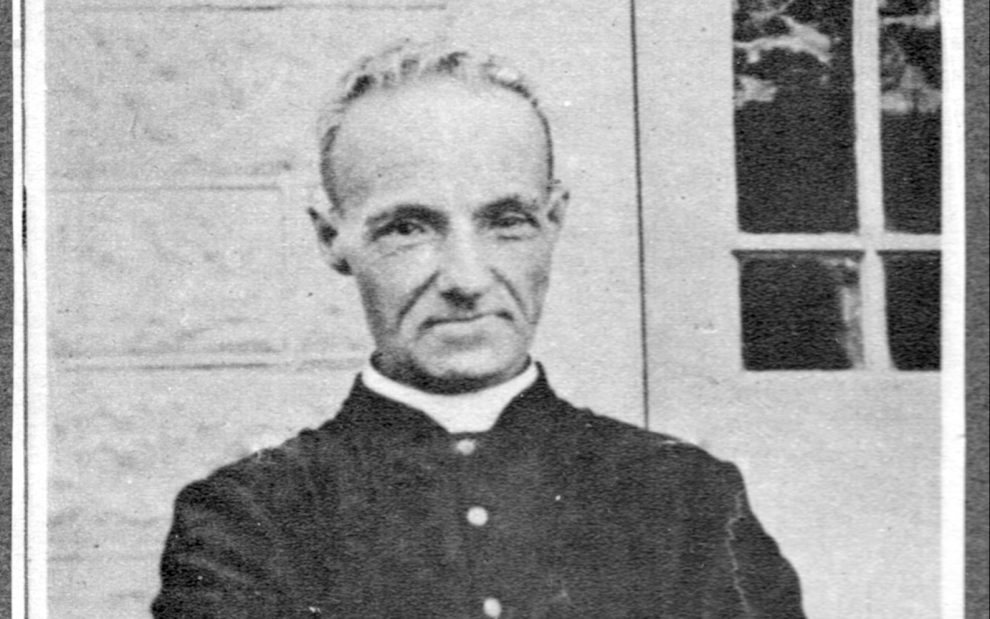 I really don’t appreciate when someone tells me I can’t do something. After being rejected from the University of Notre Dame my senior year of high school, I was determined to do whatever necessary to eventually transfer to my dream school. And I did. After spending a wonderful freshman year at Holy Cross College, I was admitted to Notre Dame as a sophomore transfer. I treasure my year at Holy Cross for many reasons. Perhaps most significantly, it introduced me to the brothers of the Congregation of Holy Cross and St. André Bessette, a great model of faith in their community.

Alfred Bessette was no stranger to disappointment, yet he constantly and continuously bore witness to the hope of the resurrection. Born in Quebec in 1845, Bessette knew loss from a young age. Orphaned when he was only 12 years old and formally educated very little, he worked several jobs throughout the United States and Canada to support himself. Perhaps Bessette’s most notable rejection, however, occurred when the Congregation of Holy Cross refused to receive him due to his health conditions.

It seems almost unimaginable. Bessette knew how God was calling him, yet those who made decisions for the community were unable or unwilling to see the gifts he had to share. After an initial rejection from the community, it took unreserved support from his novice master and the personal intervention of the archbishop of Montreal to grant Bessette approval to take vows. No longer Alfred but André, a name taken from his childhood pastor, he performed several roles at Notre Dame College in Montreal. He served as barber, custodian, mail courier, and, most notably, doorman.

Bessette’s humility and hospitality grounded his daily work and ministry. He was known for his warm and approachable personality. People from the school community and beyond began asking him to pray with them. Perhaps most surprising to those in his own community, it did not take long for people to attribute accounts of physical and spiritual healing to their time with Bessette. As word spread of these miraculous healings, people from near and far flocked to visit and pray with the school doorman.

Throughout this, Bessette’s devotion to St. Joseph was foundational and evident in his daily intercessory prayer. Known as the “Miracle Man of Montreal,” he lavished all praise and thanksgiving to the husband of Mary and foster father of Jesus. With this, he wished to build a shrine to honor St. Joseph. Once again, however, he knew disappointment and difficulty. Plagued by misconceptions and distrust by members of the school, religious, and local communities, Bessette was given permission to proceed with construction only if he could fund the project himself. And he did. Donations and gifts poured in as he continued a rigorous daily schedule of praying with people who were sick and hurting, always attributing God’s work to the intercession of St. Joseph.

Bessette remained caretaker of the shrine until his death in 1937. Thousands of people were said to have been cured by this saintly man and the littering of crutches in the Oratory today give humble witness to his witness. Pope Benedict XVI canonized Bessette on October 17, 2010, noting in his homily, “For him, everything spoke of God and His presence.”

Today, Bessette’s example remains a beacon of hope and perseverance. Even amid the difficulties and rejection he faced so frequently, he did not give up. The illiterate, sickly man knew who he was and who he was called to be. He did not dismiss the real pain and sickness of those who visited him. He entered into their reality by standing with, listening to, and praying with them. His example of companionship and solidarity reminds us that we often may not know what to say when we meet someone. We might not even be able to do anything more than simply be present and listen. Despite what contemporary society tries to tell us, this is more than sufficient.

“It is with the smallest of brushes that the artist paints the most exquisitely beautiful pictures.”
––St. André Bessette

Darkness clutters the horizon of our world. The sins of racism, xenophobia, and homophobia are so commonplace that we quickly reject those who are different than us. We make divisions and distinctions that are not of God. We rely on status, power, and prestige. We turn people away from our homes, schools, and churches because we are either unable or unwilling to accept one of Bessette’s core beliefs: “It is with the smallest of brushes that the artist paints the most exquisitely beautiful pictures.”

There is strength in vulnerability, power in weakness, and light amid darkness. This is the entire essence of the Christian message. In the incarnation, God chooses to share Godself with all of us, intimately present in both our joys and difficulties, celebrations and griefs, acceptances and rejections. And God continues to share Godself in unimaginable ways, including through the first saint of a religious community that initially rejected him. St. André Bessette, pray for us.