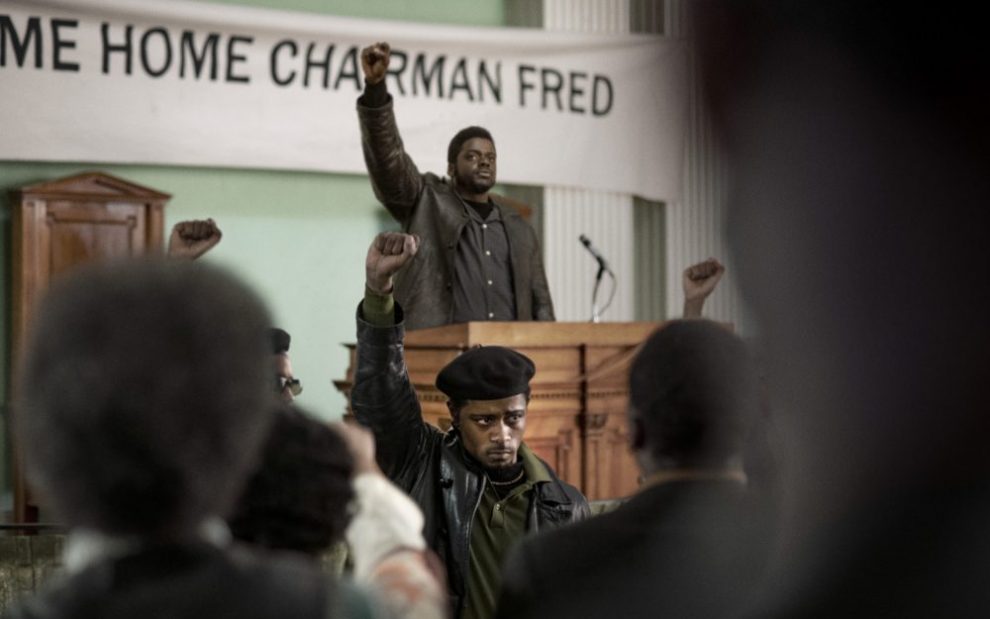 Judas and the Black Messiah

It has been more than 50 years since the FBI conspired with the Chicago Police Department to murder Black Panther leader Fred Hampton (Daniel Kaluuya) in his sleep. Shaka King’s Judas and the Black Messiah focuses on the events leading up to Hampton’s death, in particular the role FBI informant William O’Neal (Lakeith Stanfield) played in these events. When we first meet O’Neal, he is an ambitious, if hapless, car thief, offered a chance to avoid jail time if he agrees to infiltrate the Black Panthers and report his findings to FBI agent Roy Mitchell (Jesse Plemons).

For a historical drama, the movie is mercifully free of many of the usual signifiers directors use to telegraph time and place to an audience. No shots of newspapers heralding the moon landing or television broadcasts of a Nixon speech. One place where the film could have used a slightly stronger commitment to historical accuracy is in the age of its actors. Although the performances by Kaluuya, Stanfield, and Plemons are compelling, the three leads are in their late 20s or early 30s. In real life, Hampton and O’Neal were barely out of their teens, and Mitchell was a Korean War veteran.

While Stanfield is excellent as O’Neal, an opportunist who realizes the devastating consequences of his actions way too late, the heart of the movie is the relationship between Hampton and his girlfriend, Deborah Johnson (Dominique Fishback). Hampton’s charisma was apparent to anyone who heard him speak. He never hid his desire to form a multiracial coalition to speak up for oppressed people; the movie makes it explicit that Hampton’s alliances with white and Puerto Rican activists particularly drew the ire of FBI director J. Edgar Hoover (Martin Sheen). Losing an activist of Hampton’s capabilities would send any movement reeling. But seeing Johnson lose her partner makes the loss nearly unbearable.