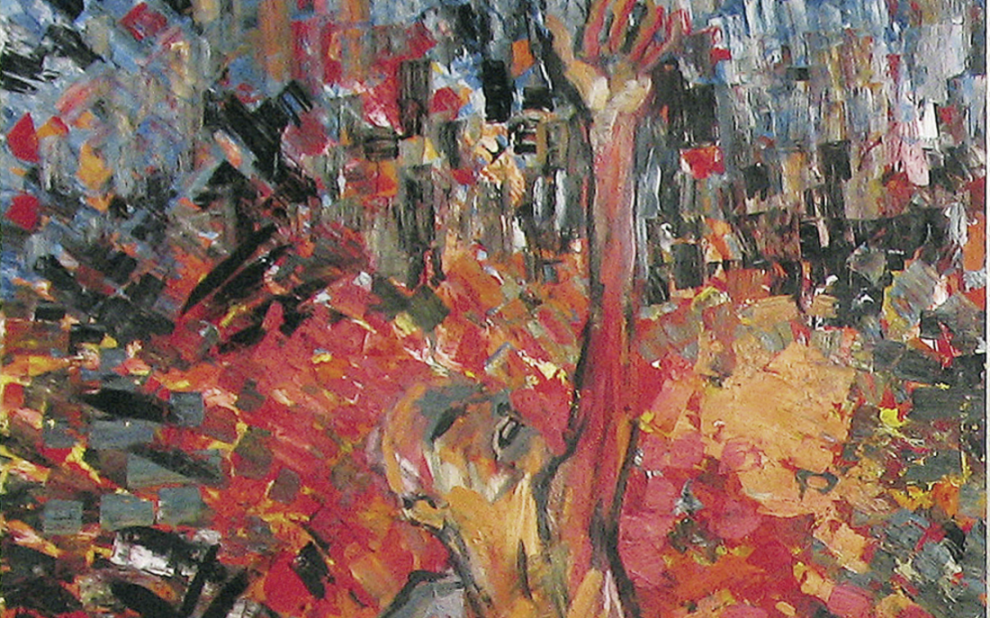 The heart is the boss of us. This is certainly true when we fall in love. It’s equally obvious when we’re consumed by rage or sorrow. Joy puts a dance in every step and colors each exchange and decision. Jealousy can also rule our days, as do hope, fear, hatred, and excitement.

What may be less obvious is that the individual heart is profoundly shaped by the contents of hearts around it. I don’t know if this is true of animals, although squirrels in my neighborhood do scream together when one of them observes danger, and fledgling birds lift off in a playful flock when it’s time to horse around. Science proposes that a similar kind of “mirror neuron” fires in humans. It’s why we love watching movies in which heroes do the very things we long to do. When others act nobly, we feel the personal swell of success. It’s why we tell someone “I’m so proud of you” when we ourselves have done nothing to inspire pride. We feel the reward as if we acted ourselves. Ever cry when you hear a sad story? That’s the mirror function at work.

Small children evolve as perfect little mirrors of what’s around them. They repeat the words they hear—for better or worse. They intuitively respond to sympathy, kindness, and goodness when modeled by others. Children also imprint fear, pain, and bullying when they witness violence visited on someone else: a parent, sibling, or friend. The same applies to grown-ups, of course. The images and stories we take in habitually form the kind of hearts we enjoy or endure as our base of operations.

Surrounded by poverty, frustration, and abuse, we can’t expect cheerful, tender people to emerge. If such people do evolve, it’s because they’ve been reading better stories under the bedsheets by flashlight. The mirror neuron works whether the stories we take in are true or false or deliberately fictional. All the more reason to proclaim good news even when there’s precious little of it to be found in one’s present environment.

This could explain why biblical Job defends his confidence in God against his wife’s recommendation that he curse God and die. Job trusts that his “Redeemer lives” even when everything worth living for has been taken away. Hope is the better card to play, though considerably tougher when no one is mirroring it to you. This also explains why Job’s response to his situation isn’t uniformly confident. Check out his lament about life being drudgery, gone swifter than a weaver’s shuttle, or an earlier one about cursing the day he was born. The day Job declares, “My eye will never again see good,” is decidedly grim. But it didn’t make him feel any better to declare it.

If you read the Book of Job to the end, it’s also not true. Job does see a hopeful future again. It’s not the same happiness he started out with. It surely bears the scars of the suffering he underwent. The restoration of Job’s happiness doesn’t erase the anguish of the dung heap, the loss of his children, the ruin of his prosperity, and the moral accusation he had to carry. Yet despite the depth of his trials, happiness remains possible, which makes sticking around for a story’s end the wise thing to do.

Despite the depth of [Job’s] trials, happiness remains possible, which makes sticking around for a story’s end the wise thing to do.

What if Job had mirrored his wife’s despair and given up? What if he’d soaked up his pious friends’ rigid theology and admitted that his misfortune must signal some terrible hidden sin? Hard as it is to resist the negative messaging of people he trusts, Job finds the courage to hold fast to the God he knew before the calamities. Sure, Job voices laments, raises earnest questions, and yells his pain as far into the universe as he can hurl it. This is what humans do in the face of grave injustice—and so we should. It’s what Jesus does in the Garden of Gethsemane on the eve of his great trial. But because the heart is the boss of us, Job also knows that entrusting himself to the God of rescue is what will ultimately save him. Job needs faith in divine justice more than he can afford to be overwhelmed by circumstances that would dissolve any creature that doesn’t summon the courage to reach above them.

Back to science for a moment: Let’s talk about the power of messaging. Biofeedback assures us that positive messaging is vital for the restorative properties of the body to function. Mind over matter is real. Heart over matter counts as well. Happily, changing our thoughts influences a change in our emotions and vice versa. It’s a happy loop of mutual benefit. Consider it a way to mirror to yourself the healing you seek.

Choose your spouse and friends wisely, because you’ll become them over time.

Because mirroring exercises real authority over our interior world, it turns out our parents were right: Choose your spouse and friends wisely, because you’ll become them over time. We’re soured by sour companions. Debbie Downer really does impact her friends, which is why they may be avoiding her lately. Turning to a life of crime seems more plausible after hanging out with your flimflam pals. So may getting religion after binge-watching Busted Halo YouTube videos. Our dispositions become almost quantumly entangled with regular exposure to our mirrors, whether they be live-streamed hate platforms or TED Talks or the spectrum in between. What matters to them comes to matter to me, and pretty soon I can’t help but feel what they feel. The spiral into becoming like our mirrors is only a matter of time.

I see someone raising a hand in the back of the room. “Why not use this reactivity for good?” you ask. “Can’t I, mirroring my excellent virtue, bring my flimflam buddies to the altar to get religion?” Every missionary on the mean streets, every preacher in the pulpit, and every essayist writing in her lonely attic is hopeful of this kind of chain reaction. If the heart is the boss of us, those with hearts of gold may seek to have that alchemical effect on those whose hearts comprise barbed wire or glass.

The Jesus effect was essentially this. Jesus came, he healed, he chased out demons, and he spoke the truth. His Sacred Heart was immensely attractive to many who witnessed it, so they threw in their lot with him. For a while. But mirroring Jesus is hard work. A lot of erstwhile disciples decided in short order that going home to the crew that wasn’t trying to change the world one heart at a time was an easier gig. That’s still true today.

If we’re to be a light of the world, we have to mirror Jesus as a community of faith.

It’s a fundamental mistake for any of us to imagine that we can individually reprise the Jesus effect for our boorish neighbors and clueless relatives. That’s a tragic misreading of the role we play in salvation history—which never stops us from strapping on our armor and marching self-righteously into moral battle as the pseudo messiahs we are. Jesus knew we couldn’t pull that off : That’s why church (the community, not the institution) was an elemental part of the plan.

If we’re to be a light of the world, we have to mirror Jesus as a community of faith. Where two or more are gathered, as we say. The heart may be the boss of us, but there is one heart that rules them all.

Image: Wikimedia Commons/Job—out of the depths I cry to you, Andreas Neumann-Nochten, 2015.