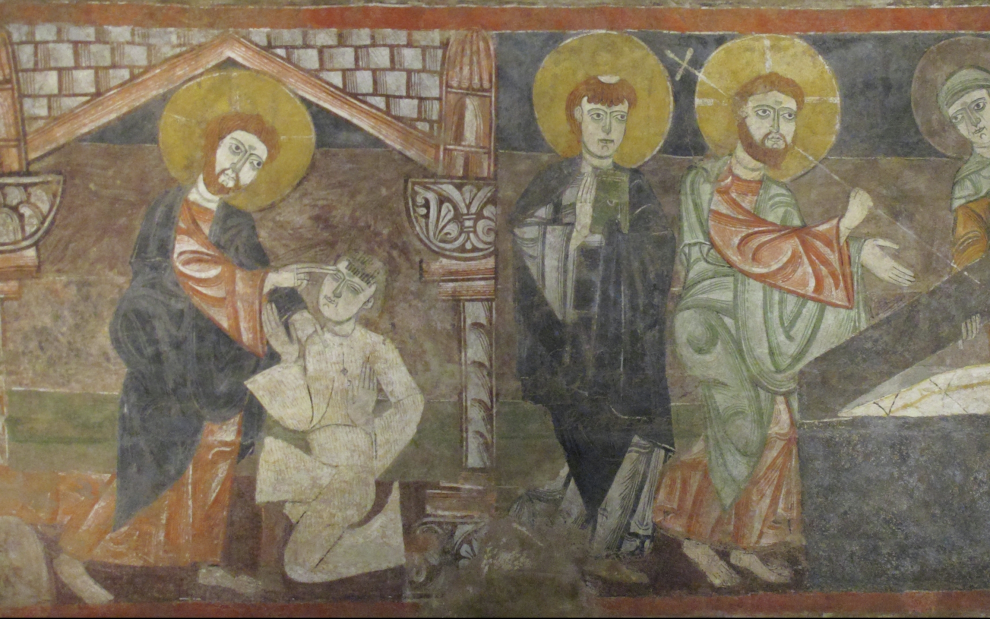 In late 2002 one of my publishers called me on the phone in a panic: “The pope is killing me!” he moaned. Publishers rarely phone. This was serious.

The pontiff in question was St. Pope John Paul II. “And just how is the pope causing you harm?” I asked calmly. Writers must maintain their composure with the hand that feeds them.

“He just announced five more mysteries of the rosary! Now every rosary book in the world is obsolete overnight!”

This did constitute a publishing emergency. I’d seen the apostolic letter Rosarium Virginis Mariae (Rosary of the Virgin Mary), so I knew the pope had introduced the mysteries of light. These were based on a compilation by George Preca, the first canonized saint of Malta. Frankly, I thought the luminous mysteries were kind of cool. That a revered tradition like the rosary could be transformed by the simple flourish of a papal pen was intriguing. Carefully I inquired of the traumatized publisher: “How does this affect me?”

“I need you to write a book based on the now 20 mysteries: joy, light, sorrow, and glory.”

This sort of project qualifies as “out of scope” for me. I’m not a devotional writer. I do scripture commentary. This is a separate beat, and it’s as odd a proposal as asking your vet to take a look at your kid. But since the publisher and I are friends, I agreed to take the job. Heck, it was close to Christmas, and I wanted him to enjoy the holidays.

“I need it by January,” he added. This was three weeks away! Only one of us would enjoy the holidays.

Writing a small book in three weeks isn’t impossible. I won’t divulge how many proposals I’ve completed in less time. But how was I to accomplish this for a topic I’ve never treated before? This was a mystery even the newly expanded rosary didn’t include.

So far I’ve written 20 books, each following its own peculiar trajectory from inception to completion. Writers learn to trust the process. They allow the Holy Spirit to make a lot of the decisions, then they track divine footprints in the new soft snow of inspiration. Of course, I sat down and researched the rosary’s history. I reread Pope Paul VI’s wonderful 1974 apostolic exhortation on Mary, Marialis Cultus (Marian Devotion). I spent more time with St. Pope John Paul II’s fresh document outlining why he believed the mysteries of light enhanced a prayer form that hadn’t changed since Dominican Alain de la Roche nailed down the 15 traditional mysteries in the 15th century.

All that study filled out the 10-page introduction to the book. The remaining pages came about in a different way.

After finishing the intro, I picked up a rosary and started praying it. I traveled the mysteries, meditating on each one until something in my heart or brain or bones said now. Then I’d sit and write a reflection on that mystery. I repeated this process daily: first praying, then writing. The mysteries did not evolve in order; I composed the meditations as they emerged. The book was finished in three weeks.

My rosary book remains a mystery to me. Honestly, all the words given to me over 25 years of writing for publication have been surprising gifts with a sacred quality to them. So when I was prompted last year to take up the rosary again as a primary prayer form, I embraced it. The loss of access to regular in-person liturgy during the COVID-19 pandemic may have led many of you to do the same.

The rosary’s close association to death may also be a factor: We pray it at wakes, which are often simply called “rosaries” in some ethnic circles. The repetition of the phrase “Holy Mary, Mother of God, pray for us sinners, now and at the hour of our death” is a somber reminder that “now” and the “hour of our death” will eventually be one and the same. We’ve just endured a year when those two moments seemed as close as one breath to the next.

Spending time with my rosary again, I’ve been thinking about how five new mysteries were added by the movement of a papal pen. I’m no pope, heaven knows, and chances are no pope is reading this column. But why can’t you and I compose our own decades out of the raw passion of our daily experiences? No one has to stamp an imprimatur on our prayers for heaven to hear them.

So here’s my proposal: five healing mysteries of the rosary. Our world needs them. You or I might pray them. Heaven will hear them. It doesn’t matter if Rome never knows about them.

Jesus restores the outcast to community

They were lumped together as “unclean.” Nobody knows what afflictions they suffered. These lepers couldn’t be touched, were thrust from home and family, and were forced to live apart. Whatever infected them couldn’t have been worse than this awful isolation, as we know intimately.

Jesus, heal us from this pandemic. Restore our community to health and wholeness. May we remain grateful for the privilege of human gathering.

Jesus rewards the woman of courage

She wasn’t supposed to be out in public, touching a man’s clothes, or cause a stir that would embarrass her family. But the hemorrhaging woman had suffered too much for too long to behave by social norms that didn’t serve her and couldn’t save her. She trusted Jesus. Good for her!

Jesus, bless the courageous ones who won’t sit quietly by and suffer without taking their destiny in their own hands.

This poor child fell often into fire and into water. He reminds us of all our children now suffering the effects of conditions they did nothing to cause and are powerless to change.

For all the ways in which the world’s children suffer—hunger, domestic abuse, impaired learning conditions, depression, anxiety, shame— Lord, rescue our children and restore their hope.

Demons haunt us all. But some, like this man who cried out to Jesus, are especially burdened. People who are emotionally fragile, or whose mental health was already compromised, suffer exceptionally from the pandemic conditions of stress, upheaval, and isolation.

Lord, we ask you to keep our vulnerable loved ones in your special care. Hold them in the palm of your hand and let them feel your constant protection.

Behind the realities of pandemic looms the greater danger of a world enduring the cumulative effects of exploitation, greed, indifference, and ignorance. Climate change is changing the rules of our future survival.

Merciful Lord, this creation is your first and best gift to us. Give us the wisdom and the will to transform our global commitment to the planet that is our home.

Image: The Metropolitan Museum of Art/The Healing of the Blind Man and the Raising of Lazarus, Spanish, first half of the 12th century