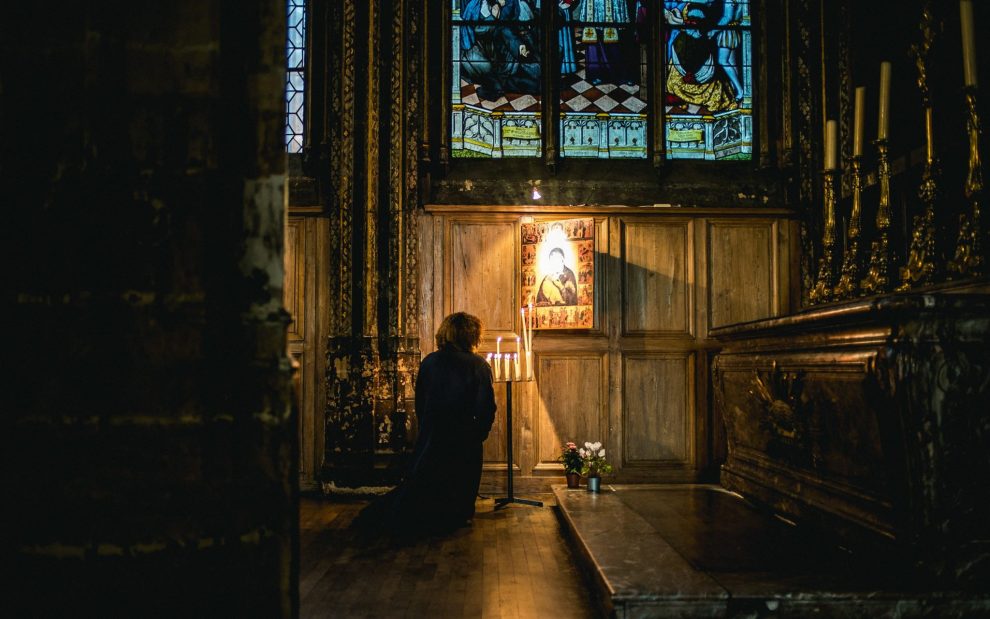 I’m happy to report our lectionary makes no use at all of this contentious passage from First Corinthians. In fact, the entire 14th chapter of that letter, in which Paul argues for better order in the assembly, isn’t read in Catholic assemblies.

That is why when you tell Catholics that the Bible really does say, “As in all the churches of the saints, women should be silent in the churches. For they are not permitted to speak, but should be subordinate, as the law also says” (1 Cor. 14:33b–34), expect dropped jaws and disbelief.

So what should we make of this? Since our female lectors aren’t obliged to proclaim this passage ironically or incredulously at Mass, we may feel comfortable assigning this teaching to the dead zone that holds other verses about submissive wives (Eph. 5:22; Col. 3:18), the obediently enslaved (Eph. 6:5–8; Col. 3:22), and how it’s OK by God to dash an enemy’s baby to pieces (Ps. 137:9).

There are ways to grapple with this vexing teaching in our sacred book. Apart from swallowing it wholesale, Bible scholars approach this text by three other paths: 1) Paul is reflecting a cultural misogyny that cripples the passage’s utility today; 2) Paul never wrote this, and it’s an interpolation by a dissenting scribe who copied his letter; 3) Paul is quoting a Corinthian’s objection to women prophesying in church with the intention of refuting him. Since ancient Greek has no quotation marks, Paul’s letters contain many instances of him making a statement only to argue against it, revealing that he’s not the originator of the idea.

So which theory is correct? We don’t know. But one thing is obvious: Paul’s not your run-of-the-mill misogynist. In Acts, Paul gladly collaborates with female catechists such as Prisca (aka Priscilla). He cheerfully enables Lydia, a Gentile businesswoman, to open a house church after her conversion. Paul also acknowledges Chloe as head of her community, calls Phoebe a deacon without exhibiting anxiety, and regularly embraces capable women as allies in his mission. Earlier in First Corinthians, Paul notes that women already do prophesy in the assembly (1 Cor. 11:5).

The position seems strong that Paul really believed that in Christ “there is no longer male and female” (Gal. 3:28). But scripture indicates that a lot of men of Paul’s generation viewed women negatively. Such men, and not Paul, would likely use the phrase “as the law also says”—coyly not referencing a law. No such law exists in the Old Testament. Paul might have said in reply to that person: “Did the word of God originate with you? Or are you the only [one] it has reached?” (1 Cor. 14:36). Either Paul quoted a teaching about women keeping their mouths shut in order to refute it or someone scrawled their objection across an early copy of his letter and the margin note became indistinguishable from the text. Either way, don’t blame Paul.

This article also appears in the February issue of U.S. Catholic (Vol. 86, No. 2, page 49). Click here to subscribe to the magazine.

TagsGlad You Asked Scripture Women in the church