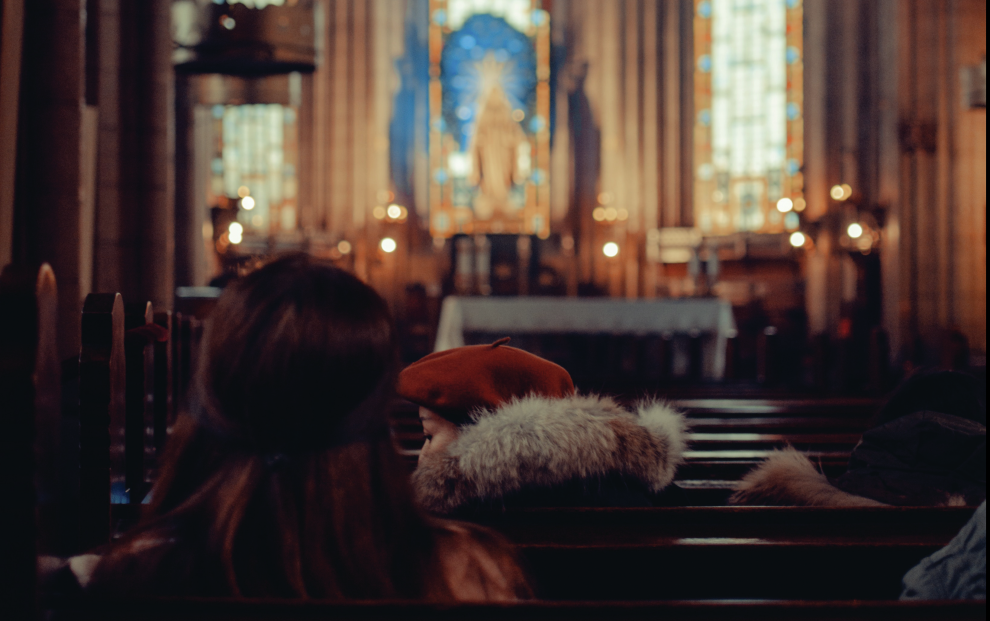 In May 2014, well before we became Catholic, while my wife, Lauren, and I were living in England and as I was working on my Ph.D., we welcomed into the world our twin sons: Theodore and Edwyn.

Before we discovered we were having two babies instead of one, I had begun the process of ordination in the Church of England. Having twins made us decide being 1,900 miles from family might not be the best idea. So we planned to move back a few months after the boys were born, just before our visas expired. Then something unexpected happened.

While all babies spit up often, Edwyn did so at an alarming rate. What’s more, it was green. Being a generally hopeful and jovial person, I believed he simply had reflux. However, Lauren worried. When Edwyn was 8 weeks old, we decided enough was enough and took him to see a doctor. At first the doctor confirmed what I had hoped: It was likely reflux. He wanted to talk it over further with his colleagues and perhaps reach out to doctors at the local hospital. Lauren was still nervous, but I went home with a prescription in hand and hopeful our worries were over. That evening we received a call telling us to go to the hospital.

From there we spent a flurry of days that included sonograms confirming the existence of a lump, a biopsy, and a visit from one of my Ph.D. supervisors who was also an Anglican priest to perform the anointing of the sick. The biopsy showed that our son had cancer: neuroblastoma to be precise, a cancer that forms right off the adrenal glands. The tumor was so large it spread from his rectum to push up against his stomach. His kidneys were affected as well.

I cannot fully explain both the relief and the horror Lauren and I felt when the diagnosis finally came through. A thing without a name is frightening, a monster lurking in the dark. But once you know what kind of monster you’re fighting, you know how to kill it. We called Edwyn’s monster a dragon and swore to see it defeated.

Once you know what kind of monster you’re fighting, you know how to kill it.

After the first round of chemotherapy, we were able to take Edwyn home. But since his immune system was compromised, we couldn’t take him on the bus or to our usual church. The Anglican parish where we lived offered an 8 a.m. “spoken Eucharist” service. The parish was of the Anglo-Catholic bent, meaning that although they followed the Book of Common Prayer, any Catholic attending would have recognized what was going on. I attended this service while my family was still asleep, walking there and back, arriving home in time to help with breakfast for us and bottles for the boys.

I told Lauren early on in our lives as parents of a cancer patient that I would be throwing myself into my spirituality. It was the only way I knew how to survive. I was happy to attend such a liturgically rich, albeit short, service. The 8 to 12 of us who attended each week sat right in front of the altar. The church dated back to the 13th century, although the one standing now is largely from the 19th century. It is all stone and stained glass. The windows in the front depict the pelican, the phoenix, the apostles, and more, while the fresco behind the altar shows the Last Supper winged by angels on either side.

One Sunday morning I sat in my chair praying during the consecration and staring at the angels who flanked the Last Supper. My breathing became labored, and I felt as if I was stifling tears. I closed my eyes, and remnants of what I had just been looking at remained like luminescent shadows. Suddenly these shadows multiplied, and I became aware of the angels and the great cloud of witnesses who surround us at all times. It was as though I had just glimpsed the reality that stands behind and upholds what our senses perceive.

I went home shaken. The day before I had written about how I was beginning to experience realities I had given only notional assent to before. Now this happened. I took hope from the experience, realizing that whatever would come, as the famous English mystic St. Julian of Norwich wrote, “All shall be well, all shall be well, and all manner of things shall be well.”

I was beginning to experience realities I had given only notional assent to before.

Edwyn received two rounds of chemotherapy and was declared cured in October, just four months after his diagnosis. Now, at nearly 6 years old, he remains cancer free. His tumor rendered into an insignificant little lump; the dragon is dead. But my family’s journey was not over. My desire for liturgy and the solace it gave me during Edwyn’s cancer treatment was not satisfied.

We came back to the United States and to the Protestant tradition in which we had been raised. I was unhappy, not because the people in the church we attended didn’t love Jesus, but because I no longer fit there. Something that had been at work in me for years had finally reached a turning point.

And so, just two years later, I started attending a Catholic church. Here I again found the liturgy, the statuary, and the beauty I had missed from my time in England. What’s more, I found a place where, no matter where you went, there was an official understanding that Christ was truly present in the Eucharist, something I had become convinced of during my studies.

In April 2017 I was received into full communion with the Catholic Church. Exactly a year later my wife was confirmed. Just a year ago we finally had Theodore and Edwyn baptized. All of this began by a turn to the liturgy, the regularity of prayers not my own: prayers that could speak for me when I could not speak for myself. The liturgy became the groaning of the Holy Spirit on my behalf.

I was unhappy, not because the people in the church we attended didn’t love Jesus, but because I no longer fit there.

During Edwyn’s treatments, my supervisor—one of the most Catholic men I know despite his Anglicanism—would come and bring us communion in the hospital. He would kiss his stole as he prepared to place it around his neck and unpack his home Eucharist kit. These were the nudges I needed from God to lead me and ultimately my family into the Catholic Church.

My path, and my family’s, into the Catholic Church has many strands of beginning: my study of the church fathers, my obsession in childhood with C. S. Lewis and J. R. R. Tolkien—and by extension England, Ireland, and Scotland—and my even earlier childhood obsession with Greek mythology. All of this and more is woven together to tell this story. But the central thread for me is the one that led through my son’s cancer, into that little parish church in Beeston, and ultimately across the Tiber. Where I found solace, I ultimately found a home.