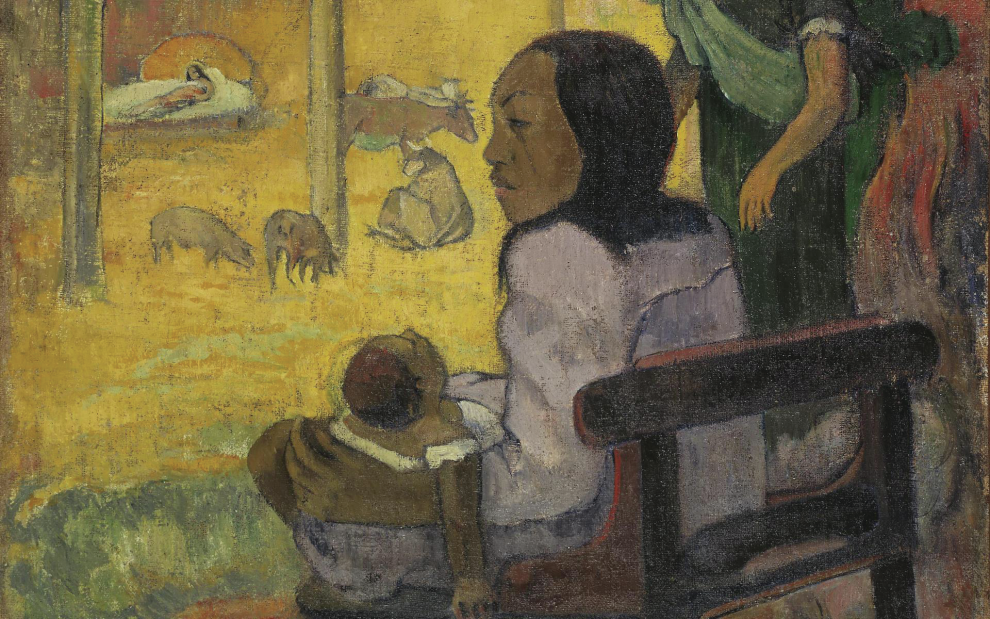 Of all the homilies I have preached, the one that aroused some of the most impassioned objections was one I gave on the Epiphany. I wondered aloud about the gifts the magi brought to a newborn baby, suggesting that instead of gold, frankincense, and myrrh, more practical gifts might have included baby formula, warm clothes, and Pampers. Two parishioners approached me afterward agitated, disturbed, and upset. One screamed in my face, “Baby Jesus didn’t need Pampers!” I replied, “That would make him a very strange baby.

Baby Jesus didn’t need Pampers. Without knowing it, these parishioners’ deep upset and anger was a classic illustration of the ancient heresy of Docetism. From Greek words that mean “to seem,” “appearance,” and “illusion,” Docetism is the belief that Jesus wasn’t really human but only appeared or seemed to be human. It is the belief that Jesus was only truly divine; his human body was only a surface mirage.

The belief that Jesus only appears or seems to be human is the most stubborn and persistent Christian heresy.

But as the reaction to my homily attests, Docetism is not simply an ancient heresy of interest only to theological geeks like me. Docetism reflects many Christians’ existential unease about the incarnation—God’s bold choice to reveal Godself in and through the human body.

Despite the affirmations contained in the church’s ancient creeds and recited by believers every Sunday, the belief that Jesus only appears or seems to be human is the most stubborn and persistent Christian heresy. It stems from deep ambivalence, discomfort, and even embarrassment with the conviction that God has a human body and that human drives, desires, functions, and needs are the place of divine revelation and encounter.

Despite our creeds, Christianity has been ambivalent and hesitant about affirming the goodness of the human body. Whether through the denigration of the body in favor of the soul; the failure to see violating the bodies of immigrants and persons of color as faith issues; or the profound suspicion and unease regarding human sexuality that continually plague our sexual ethics—all of these reveal how the body has been treated as more of a problem for Christians than a resource for holiness and imitating the example of Christ.

How we treat the body is of supreme religious importance.

Christmas does not only celebrate the birth of a child. It also marks the entrance of God into human history, into our life, into our very bodies. Christ became human, one of us, in a body. The incarnation—a word that literally means “in the flesh”—does not mean that Jesus has only a human form or appearance. Jesus has an actual and truly human body: a body that grows old, that struggles with health, that needs rest and nourishment, and, yes, that has to relieve itself. God has a body. And that means the body is holy. Indeed, the early church authors were convinced that Christ became human so that the human could be the avenue to God.

This means that how we treat the body is of supreme religious importance—especially the bodies of those who are despised and disdained. Unless and until we get the body right, we cannot be in right relation with God, others, or ourselves.

We are called to love our bodies. Just as God loved the human body so much to become a body—a vulnerable body, a body that needed food, clothing, and shelter. These become religious imperatives—to clothe the naked, shelter the homeless, and welcome the migrant—because God took on a body like theirs. Like ours. God became like us so that we can become like God through our bodies with their needs, desires, and pain. We become like God by how we treat our bodies—and the bodies of the poor and vulnerable among us.

At the Masses of Christmas, the liturgical rubrics state that during the creed we should genuflect at the words “and was made man.” Et homo factus est. Christ became a human being. Christ has a body, one that needed Pampers. The Christmas season is a call to move out of our functional Docetism and stand in awe at how God loved us so much that God became one of us.

Image: Wikimedia Commons/Paul Gauguin, Be Be (The Nativity), 1896, Hermitage Museum