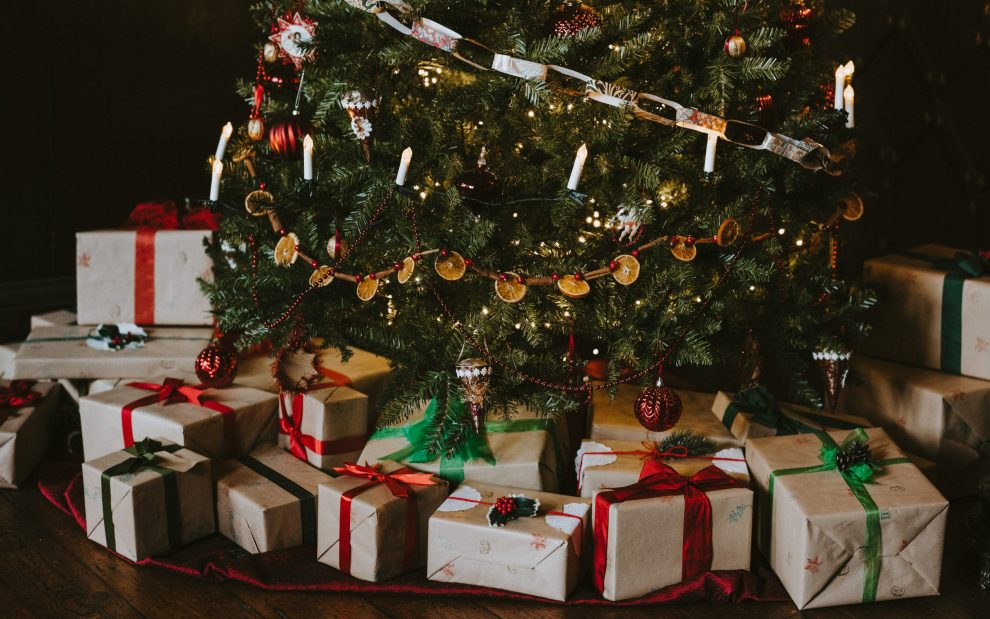 Let me start by saying that I have never been much of a homemaker. I’m young, I’m male, I’m single, and I share an apartment with two other young, male, single guys. So decorating and household chores are not a priority. After two years in the same apartment, I recently hung my second piece of artwork in the living room. (OK, it’s a poster of a rock band, but at least it’s framed.) Our freezer, way past the point of needing defrosting, currently has enough space for one ice-cube tray and two pot pies. (Though I’m looking forward to seeing what I find when I defrost it; “Let’s see, a Popsicle, some frozen corn, and—hey, a mastodon! How did that get in there?”)

But let me also say that I always decorate for Christmas. On the first week in December the lights go up, the crèche goes on top of the TV (too many newspapers on the coffee table), and, of course, I buy and decorate a tree. I love the smell of a Christmas tree, and I love the warmth and familiarity when I walk into the apartment at night and I’m greeted by hundreds of lights softly illuminating the tree in an ethereal glow—a sort of benign sylvan specter. It’s soothing and awe inspiring, like the Milky Way on a clear summer night.

Most of all, however, I put up a tree because I’m a sucker for tradition. Like any tradition that Christians have participated in for centuries, trimming a tree makes me feel like I am part of a larger community, present and past, celebrating the birth of Jesus. In fact, the tradition goes back even further than Christ’s birth.

Well before Christians began wassailing and firing up the yule log, before medieval Europeans used fir trees with apples hung on their boughs to stage morality plays on December 24, ancient people celebrated the winter solstice—the rebirth of the sun at its lowest ebb—by decorating trees.

Thousands of years ago, Druid priests adorned oak trees with gilded apples (to honor the god Odin) and candles (for the sun god Balder) at the solstice. From December 17 to 24, ancient Romans celebrated the Saturnalia—the annual, temporary return of Saturn, the god of the sun, from exile imposed by Zeus by hanging candles on trees. Believing they had magical properties because they stayed green all year, Teutonic people brought evergreens into their homes at the winter solstice to ward off bad weather and evil spirits and encourage the return of vegetation in the spring.

Naturally, as pagans converted to Christianity in the centuries following Christ, they brought their traditions with them. Some, such as Pope Gregory I, encouraged this assimilation. In a letter to St. Augustine, the first Archbishop of Canterbury, Gregory advised him that the best way to convert the Anglo-Saxons was to accommodate their customs into the Christian Church.

Naturally, as pagans converted to Christianity in the centuries following Christ, they brought their traditions with them.

But others resisted. In the third century, Origin argued against such intermingling of customs, lest Christ’s birthday were celebrated as though “he were a King Pharaoh.”

Eventually, Gregory won. After centuries of burning pagan customs from Christian celebrations (and watching them creep in anyway), the church began to absorb them in the Middle Ages. Holy, mistletoe, candles, and evergreens joined crèches and gift exchanging as standard Christmas customs.

Still, it was not until the 15th century that Christmas trees as we know them today became popular in Germany, where the tradition had the deepest roots (pardon the pun). Germans trimmed their trees with fruits, nuts, cookies, and, later, colored glass balls.

Tradition has it that the first Christmas trees in the United States were trimmed by Hessian soldiers—German conscripts to the British army—in the Revolutionary War. But Christmas trees were slow to catch on in this country. Early Puritan laws forbade the celebration of Christmas, and it was still outlawed in New England until the mid-19th century. By the end of the century, however, Christmas trees decorated with candles, cookies, and ribbons, were a common sight in parlors across the country.

There’s a rich tradition behind Christmas trees, and a few lessons to be learned—about multiculturalism, about respect for other religions and for nature, and about the human bond that links all people, Christian and non-Christian.

Perhaps the most famous Christmas tree is the 70-foot fir tree in London’s Trafalgar Square. The tree has been shipped from Norway to London—where the Free Norwegian Government operated during the German occupation of Norway in World War II—every year since 1947 as a remembrance of that alliance.

There’s a rich tradition behind Christmas trees, and a few lessons to be learned—about multiculturalism, about respect for other religions and for nature, and about the human bond that links all people, Christian and non-Christian. I hope this gives you something to think about as you decorate your tree and enjoy it from Thanksgiving until Epiphany.

Unless your housekeeping skills are like mine—then you get to enjoy it until sometime around Valentine’s Day.

Why do Catholics venerate the Sacred Heart of Jesus?