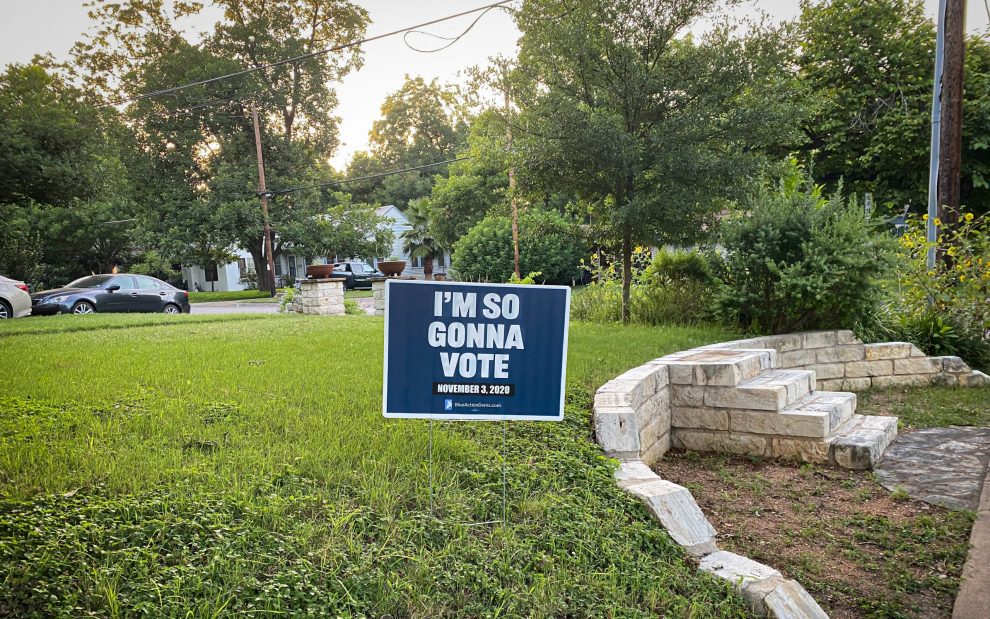 In the preface of editor Nicholas Cafardi’s new book, Voting and Faithfulness: Catholic Perspectives on Politics (Paulist Press), he writes, “This book, if it meets its goal, will be an exercise in conscience formation for Catholics who wish to be faithful when they vote.”

Cafardi’s book—15 essays by a variety of authors, including clergy, scholars of theology, law, and ethics, and leaders in Catholic public life—more than satisfies this aim. In the fraught election of 2020 and beyond, Voting and Faithfulness is an important read for Catholics discerning how to cast their ballots.

The book is divided in five sections. First, “Rewriting Faithful Citizenship” identifies shortcomings in the United States Conference of Catholic Bishops’ document “Forming Consciences for Faithful Citizenship” such as an overemphasis on issues that Catholics should be against (rather than for) and a limited view of what it means to be pro-life. The authors in this section urge the bishops to take a more holistic approach toward Catholic political engagement.

“Life Issues” explores practical instances of a more expansive pro-life politics, including topics such as worker justice (in an essay written by Gerald J. Beyer) and war (by Lisa Sowle Cahill). Next, “Character Issues” identifies the ways in which the current political climate has been fostered in part by insufficient formation of Catholic consciences. In this section M. Cathleen Kaveny’s essay “Voting as a Moral Act” makes the case that character is a defining feature of political engagement.

Finally, “How Our Bishops Teach” concludes the book with reflections on the state of the American church in relation to the U.S. political sphere and the global church.

In the fraught election of 2020 and beyond, Voting and Faithfulness is an important read for Catholics discerning how to cast their ballots.

Altogether, the essays are thought-provoking; rich with historical, legal, and theological nuance; and well-organized. They highlight the interconnected web of politics and faith in America. Each essay is accompanied by questions for further reflection, making this book ideal for academic settings as well as personal or small group formation.

The political framework developed in the book broadens the scope of pro-life and pro-family issues to avoid partisan ideology and moral coercion in areas that demand rational debate and authentic dialogue—with an eye always to those on the peripheries of human existence, not toward those who have dominated the center.

Each author offers a rich understanding of Catholic political engagement that affirms the importance of conscience and the sensus fidelium. David E. DeCosses’ essay, “Faithful Citizenship and the Theology of Conscience,” specifically speaks of reorienting conscience formation toward “the experience of the relationship of God’s love in Christ through the Spirit” to avoid “an overly self-referential concept of the freedom of the church” in concepts of religious freedom.

There is also a recurring emphasis on the critical need for dialogue, integrity, and virtue that parallels Pope Francis’ emphasis throughout his papacy and helpfully brings it to bear on American political engagement. Massimo Faggioli, for example, highlights the ways in which politics in the United States influences the relationship of the American church with Rome.

Readers should approach this text with a Catholic worldview rather than a partisan one. However, as Cafardi, Robert G. Christian III, and other authors in the book argue, religious formation has tended to undermine the possibility of doing so by wrestling certain moral prohibitions—against abortion, same-sex marriage, and contraception, for example—from the whole of the social doctrine of the church, wielding them as partisan tools in building identity politics. Therefore, it might seem to some readers that this volume has a specific political agenda for the 2020 election. (That the emphasis on character, integrity, and dialogue lends itself to that conclusion is perhaps telling.)

This volume has implications that will outlast this election cycle and help readers develop an authentically Catholic worldview.

In fact, this volume has implications that will outlast this election cycle and help readers develop an authentically Catholic worldview, fostering the unity that our fragmented church and society so desperately need.

Some readers might wish for a more diverse array of authors, as white men are over-represented, which is ironic since the impact of these expansive conceptions of religious freedom, conscience, and the sensus fidelium certainly will invite (even necessitate) diverse participants in Catholic theopolitical ethics.

Voting and Faithfulness is an important contribution to theopolitical ethics and to the formation of faithful citizens. Readers will benefit from the nuanced approach to the complexities of human existence and will be challenged to engage politically with integrity and virtue for the purpose of furthering the gospel mission of Jesus Christ.

David Gibson writes in the afterword, “lay Catholics . . . now have an opportunity to bear witness to the power and efficacy of our faith not just inside the church but in the political matrix where our actions, for the wider world, will be the most obvious and convincing measure of our belief.” This book can assist us in becoming authentic witnesses.