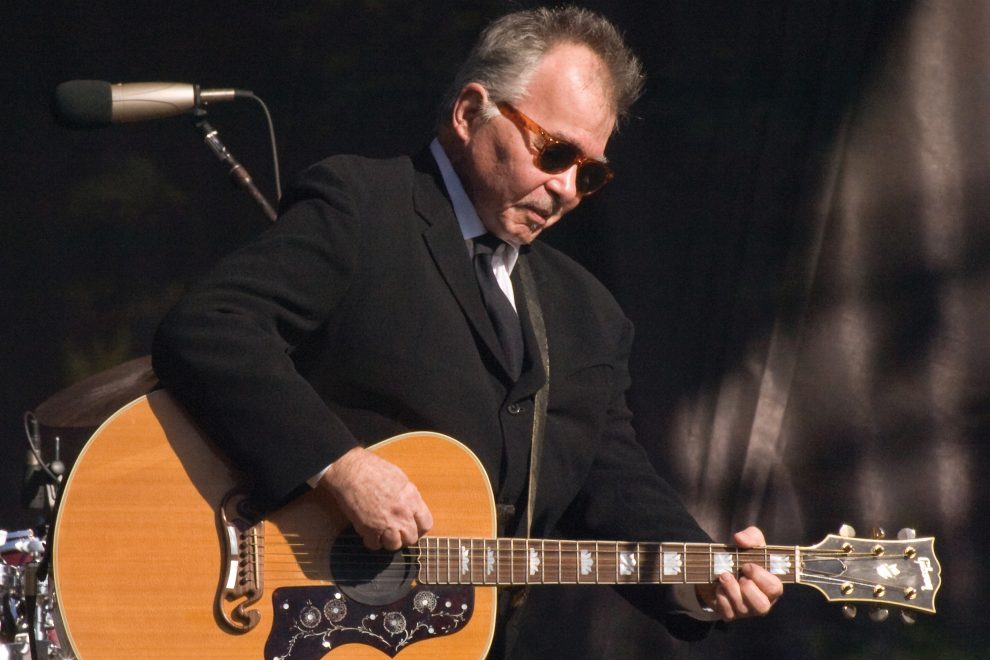 The defining image of the COVID-19 pandemic may be that of an old person in a hospital bed connected to the full spectrum of medical industry resources but, for the necessary protection of society at large, left utterly alone and disconnected from loved ones.

Fifty years ago, when he was in his early 20s, singer-songwriter John Prine wrote the soundtrack for that image of tragic isolation. It was a song called “Hello in There,” and the chorus went, “You know that old trees just grow stronger / And old rivers grow wilder every day / Old people just grow lonesome / Waiting for someone to say, ‘Hello in there, hello.’ ”

That song was on Prine’s first album, released in 1971, but its origin goes back to the singer’s childhood paper route, which included one ofthose sad places we sometimes call the “old folks’ home.” There young Prine would deliver the news to rooms of frail people desperate for human contact. He perceived a terrible loneliness in those rooms, and, a few years later after his big brother taught him to play guitar, it was one of the first things that came out.

Prine never had a hit record. He wasn’t really a creature of pop music or the entertainment industry. He came from a much older, deeper tradition— one that followed his family from the west Kentucky coal country to the western suburbs of Chicago. Prine identified himself as a “pure Kentuckian.” As a child of the 1960s he loved rock and roll, but hardcore country was in his bones. Until he got a record deal, he was on the same blue-collar trajectory trod by his ancestors. He was drafted into the Army then came home and worked as a mail carrier.

He became one of those sad old people alone in a room full of machines.

Prine was writing sympathetically about old people back when the baby boom didn’t trust anyone over 30. Then, despite two bouts with cancer (of the neck and lung), he was lucky enough to become an old man himself. He was the dean of Nashville songwriters, with a lifetime achievement Grammy to show for it. He stepped easily into this role on his 2018 album, The Tree of Forgiveness. On the track “When I Get to Heaven,” the septuagenarian even pronounced himself ready for an afterlife in which he could drink vodka, play in a rock and roll band, and “smoke a cigarette that’s nine miles long.”

Then COVID-19 came raging through Tennessee, a state that shut down late and opened up early. Prine and his wife both got it. She recovered, but he didn’t. Instead, he became one of those sad old people alone in a room full of machines. Then on April 7 he died.

When the news came, the Prine playlists on the internet practically made themselves. After all, death was never far away in his songs. On his first album, the heroin-addicted Vietnam vet in “Sam Stone” overdoses. The narrator of “Paradise” asks that his “ashes float down the Green River.” In the last verse of “Your Flag Decal Won’t Get You Into Heaven” he meets St. Peter at the pearly gates. And the old couple in “Hello in There” lost a son to the Korean War and “still don’t know what for.” My favorite Prine song, “Mexican Home,” tells what happened when the singer’s “father died on the porch outside / On an August afternoon.” In Bob Dylan’s favorite Prine song, “Lake Marie,” police discover the disfigured bodies of two murdered women next to the “peaceful waters” of the titular lake. In “Bruised Orange,” an altar boy is run over by a train.

It’s no surprise that people would turn to Prine’s songs at a time when thousands were dying every day from a highly contagious virus. There probably would have been a Prine boomlet this spring even if he weren’t the virus’ signature victim.

Jesus was always close by in Prine’s music too. Prine was what Flannery O’Connor would have called a “Christ-haunted” artist. He was always name-checking the Nazarene (“Jesus don’t like killin’,” “Try and find Jesus on your own,” “I said, ‘Jesus, you look tired’ / He said, ‘Jesus so do you’ ”). He even wrote a whole six-minute song (“Jesus: The Missing Years”) that fancifully imagines the life of the Savior from ages 13 to 29.

Even when Jesus isn’t there in person, the songs’ narrators often seem to look at the world through the eyes of the one who sat down with the Samaritan woman at the well and invited himself to dinner at Zacchaeus’ house. That’s because the best of Prine’s songs are compassionate portraits of outsiders, the left-behind people who are misused, neglected, or ignored in some way. From the obese shopgirl and the lonely soldier (“Donald and Lydia”) to the past-his-prime elephant boy (“Sabu Visits the Twin Cities Alone”) to the badly used yet still hopeful woman at the bar (“The Oldest Baby in the World”), the superheroes of Prine’s universe are always the people the world usually casts as extras.

If this plague could take away John Prine, then it could––if we let it––take away the best in us.

Given all that, the death of such a man, near the start of this long, national nightmare, seemed like a warning. If this plague could take away John Prine, then it could—if we let it—take away the best in us. We’ve since seen signs of that danger with the antilockdown protests, complete with Confederate flags and automatic rifles, and the blaming of Asian Americans for the “Chinese virus.” But polling indicates that those are views from the fringe. Mostly Americans have hung together. The strong and healthy have stayed home and denied themselves for the sake of the weak and sickly. The grocery clerks, janitors, and delivery people of the world have become our heroes.