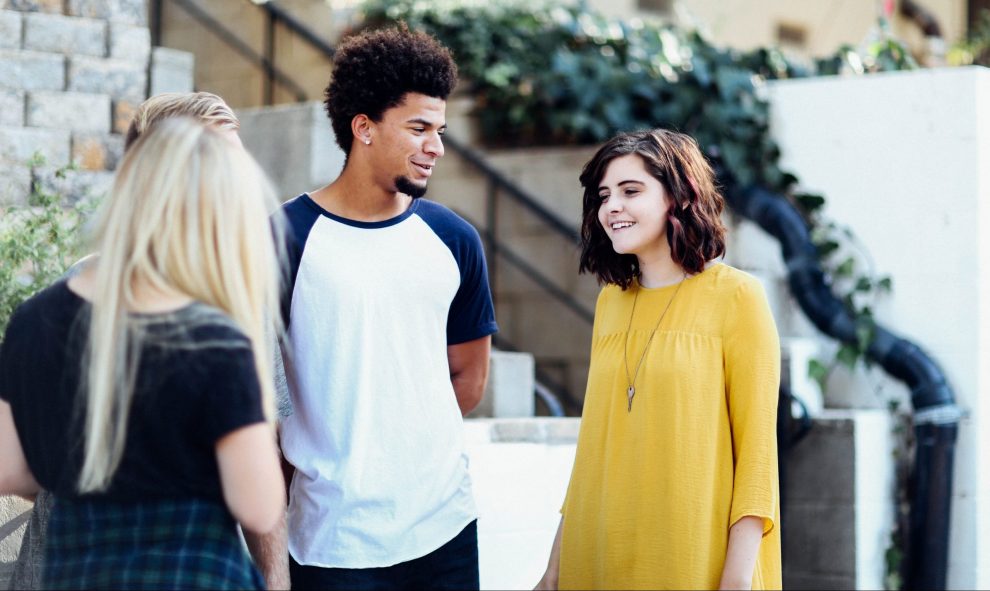 Barbara Dane loves middle schoolers. She’s been working with adolescents in a youth ministry capacity for more than 20 years. Before that, she taught seventh- and eighth-grade English for just as long. While the general public tends to groan at the thought of this in-between age group, Dane sings a different tune: “Middle schoolers are just great for who they are,” she says.

A love of kids, many would agree, is a prerequisite for good youth ministry. All the youth ministers with whom I spoke for this article expressed, in one way or another, that the moment you stop caring about kids—the moment you fail to see them as unique manifestations of God’s love—no amount of good practice will suffice. Yet caring about kids alone won’t lead to an effective youth ministry program. It’s a required mindset but not a path forward.

“Kids can’t learn out of a textbook,” Dane says, “so we don’t have textbooks!”

In other words, the phrase “But it’s always been done this way” has no place in youth ministry. Just because you learned the fundamentals of faith through memorizing the Baltimore Catechism doesn’t mean that the same approach will engage youth today.

Dane suggests discerning the issues that adolescents face, then examining those issues through the lens of faith. Her parish bases its religious education on this model, covering topics from friendship to money to anxiety and depression. “The question that I ask is ‘How does this relate to my kids’ lives?’ ” Dane says. “If there isn’t an immediate connection, I don’t move forward with it.”

Dane takes a particular approach to deliver the topics that do move forward: “As much as we can, [we go for] hands-on and experiential learning,” she says. In some cases, this looks like starting class with a service project. In others, it calls for taking a field trip or involves a simulation activity.

“Then we talk about it,” Dane says. “You can do all these fun activities. But if you don’t talk about them in a real and deep and heartfelt way, then they are just another activity. And God knows [kids] don’t need another one of those. The conversation makes the meaning.”

Kristina Preman, who takes teens at her church on a service trip every summer, says that it’s normal for first-timers to be nervous. This was especially true last year for a teen with autism. Preman couldn’t magically eliminate her student’s stress, but she could pave the way for a positive experience.

Preman spoke with the student and her mother ahead of time to get to know them and to give them a sense of what to expect. She communicated thoroughly with the camp organizers about her students, their needs, and her hopes for the trip. Preman’s strong foundation for open communication reaped results. The nervous teen was placed on a work team with an adult leader who understood the importance of being inclusive and welcoming to all, and the other teens in the group followed the leader’s example. The girl ended up having a transformative week, reporting that she “loved every minute of it” and plans to attend the trip again.

The question that I ask is ‘How does this relate to my kids’ lives?’ . . . If there isn’t an immediate connection, I don’t move forward with it.

“It’s essential to know the teens in your care and to advocate for them, recognizing that each one brings different strengths and needs different supports,” Preman says.

Regina O’Connor has been ministering to youth in various capacities since 1987, and at one point she realized that to her kids she represents the church. “For better or for worse, they identified me with church and church with me,” she says. “If I wanted them to see church in a way that spoke to them it had to be authentic.”

For starters, it means talking about the hard stuff: You can’t have a conversation about faith without also discussing doubt. You can’t talk about the Catholic Church without addressing the corruption that exists within it. You can’t expect spirituality to take a prominent role in teens’ lives without applying it to the struggles they face.

While addressing thornier topics needs to be a part of the conversation about faith, it can’t be the end of it. O’Connor doesn’t shy away from tough discussions and tries not to get weighed down by the negativity. She’s honest and hopeful. “There is a reason why we are still Catholic and are still representing the church. You share what it is that keeps you a practicing Catholic,” O’Connor says. In doing so, youth ministers bear witness to how practicing faith leads to abundant life.

One of the most telling moments of my interview with Jim Flanagan, a youth minister of 28 years, comes at the end of our conversation, when I ask him what’s on his plate for the rest of the day.

“I’m running to Shaws [Grocery Store] to pick up supplies to cook for the group of adult leaders coming on next week’s mission trip,” Flanagan says. Desiring to get to know his leaders ahead of time, hear their concerns, and let them know how much he appreciates them, Flanagan had planned a dinner meeting.

Flanagan knows that the success of all of his youth ministry endeavors, not just this mission trip, depends on the relationships he forms with his coworkers, adult leaders, and teens. “Relationships are key,” he says.

So, besides cooking, how does Flanagan build relationships? By doing a lot of little things.

When Flanagan hosts events, he greets kids at the door with an enthusiastic welcome. He attends their school plays and sporting events. When he takes kids on church trips or outings, he doesn’t sit on the sidelines with the other adults; he’s in the arena, playing laser tag with them. And while he’s having fun with them, he’s listening and letting the kids know—through words and actions—that he cares about them and is there for them.