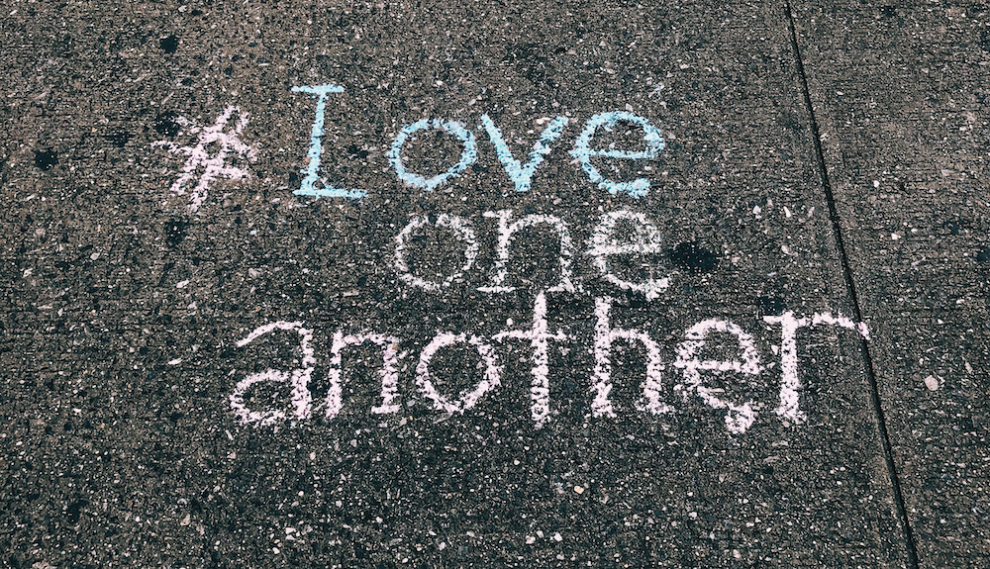 Will there be enough?

This question invaded our thoughts and made a bid for our souls in the early weeks of the pandemic this year. Fear of insufficiency made some of us do foolish things. Buy up the meat case at the market. Ingest enough zinc to make us sick. And, of course, invest in a closetful of toilet paper.

Funny thing about zinc—if you take too much of it, it brings on precisely the flu-like symptoms you’re trying to ward off. Too much zinc suppresses the immune system rather than supports it. Overzincing causes nausea, vomiting, stomach pain—and diarrhea. So yes, you’ll actually need that toilet paper.

We learned so many things this year we never thought we’d need to know. How to make hand sanitizer with household items like rubbing alcohol and aloe vera gel. (What? No aloe vera gel at your house? Better get some before it’s gone!) We learned that diluted bleach makes the best disinfectant, if you can tolerate the odor and don’t mind every surface of your house going blond. We also learned that the cheap vodka at the back of your liquor cabinet lacks enough proof to do the trick.

Other lessons were welcome surprises. I remember reading on a neighborhood website that someone was leaving sidewalk encouragements in chalk a few streets away. Even though it had begun to snow, I grabbed my coat and ran outside to see them. Before this spring, I can’t imagine being compelled to see words written in chalk on the pavement. Now, it seemed, I was hungry for them and feared missing them before the snow took them away.

In a land without the Eucharist, the sacrament of words was the most profound nourishment available. I found myself drinking them in all over the place. I checked my email every three minutes. I listened, really listened, to songs on YouTube, preferring the ones with the lyrics floating by my eyes. I found a virtual Sunday Mass at St. Patrick’s American Church in Rome that inserted sing-along sheets for the hymns used in the liturgy. Words of hope dancing across screens echoed in my mind. And, of course, the words that came to me over voicemail and through my cell phone in live conversation were exceptionally joyful.

“It’s only words,” the Bee Gees once sang, “and words are all I have.” I played that song dozens of times while sheltering in place.

The sacrament of words feeds and sustains, strengthens and fills the real emptiness that yawns in lives distanced by circumstances that are uncontrollable—and a little scary.

Maybe there would be a toilet paper famine. Maybe we’d go to the market and find the shelves bereft of everything but pork rinds and wilted bok choy. But however bad things might get, we’d never run out of words. The supply is well stocked and available everywhere you go, even if you don’t—can’t—go anywhere.

We don’t live on bread alone, Moses once said, and Jesus concurred. We live on every word that comes from the mouth of God. The sacrament of words got us through the long weeks of initial shock and crisis. Words of instruction: Wash your hands. Keep your distance. Words of consolation, like sidewalk chalk drawings and a stranger’s cheerful greeting from six feet away.

My niece’s 10-year-old daughter, Emma, sent a poem she composed in her unexpected era of home schooling:

“Roses are red / Violets are blue /
Coronavirus is making / Everyone go kookoo.”

I didn’t tell her about the preferred spelling of cuckoo. I didn’t want to change a precious word of her offering. We two writers began an exchange of words from across a half-century of living, seven states, and other irrelevancies that separate us. Who needs proximity and a shared history when words are here to bridge every chasm that divides us?

Emma told me about science projects she and her brother were doing at home. One involved mixing bowls of milk and soap to create remarkable liquid art. Emma supplied photos of the result: she and her brother sitting at a table with bowls of colorful swirling milk and soap in front of them. Pretending to misunderstand the photo, I wrote back: “I’m so sorry to know it’s come to this: soap soup for supper!”

“Science experiments are fun
It’s sad when they have to be done
I’d rather eat sour cream by the scoop
Than another bowl of soap soup.”

The sacrament of words feeds and sustains, strengthens and fills the real emptiness that yawns in lives distanced by circumstances that are uncontrollable—and a little scary. And while all of this is highly visible in a season of physical distancing, it was true before as well. The sacred use of words can construct an inviting footbridge; the profane use, an impassable barrier. We’ve lived through periods of choosing one kind of language or the other. What kind of world do we want to live in? What language should we speak to create a bridge to that future?

Talking endlessly about our common peril for weeks, we may not have noticed that we ceased, for a little while, having that other monotonous conversation about what divides us. We fed our hunger for better words, uniting words, helping words, healing words. While the circumstances were grave, the gentler speech we chose made a profoundly difficult time more benevolent than it would have been without it.

The newly rediscovered sacrament of words doesn’t have to be lost again, as we return to our church altars and receive a more tangible Eucharist.

During months of enforced isolation, poetry fluttered through the most unlikely homes. Serious-minded business leaders passed around inspiring messages by rabbis, teenagers, Tom Hanks. Memes, songs, cartoons, jokes, and earnestly long articles all endeavored to capture the common cause and re-present it, as a gift, to those seeking understanding—or to folks needing something to do on those long, long nights.

All of us together, each in our own way, were trying to capture the experience, make sense of it, find hope, and raise a white flag of surrender as our pride came down, as we had to learn, one by one, to ask for the help we need.

Will we continue to share the sacrament of words that binds us together and teaches us our true name, which is community? I’d like to hope so. But it’s unlikely. This is still an election year and, barring an episode of mass nationwide conversion, it won’t be pretty. But hey, let’s hold out for the possibility of miraculous intervention!

The newly rediscovered sacrament of words doesn’t have to be lost again, as we return to our church altars and receive a more tangible Eucharist. The language we taught each other this season, when words were all we had, needn’t dissolve to ashes and become a dead tongue once more.

A few of us will remember how to speak it. We’ll practice it in private. We may keep up the sidewalk chalk affirmations and continue running errands for neighbors in need we didn’t know we had before this spring. We’ll whisper to the little ones: We share so much more than we see with our eyes. What passes between us and binds us to one fate is mostly invisible—and can be deadly or life-restoring. It’s only words. But never underestimate the power of what you say.