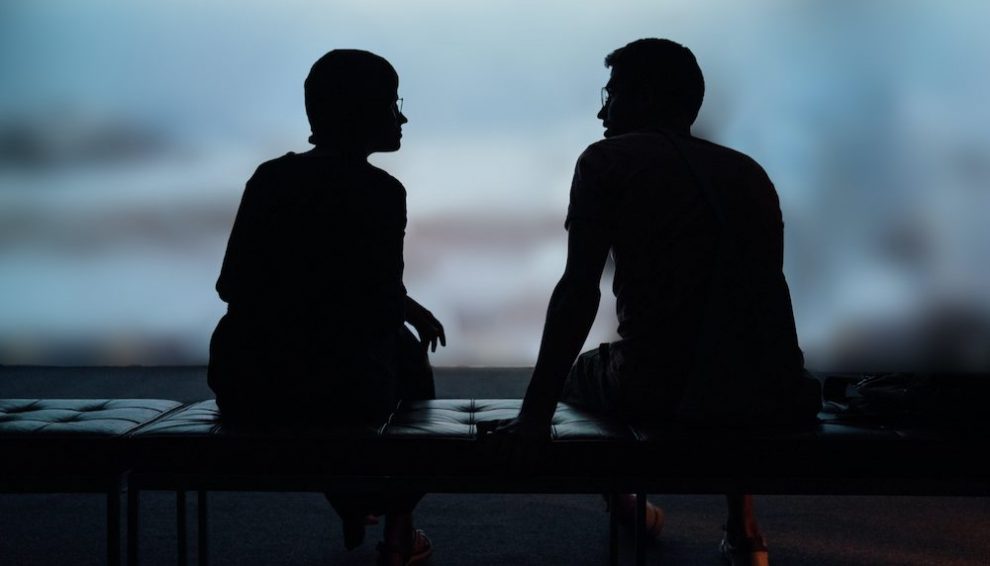 Racism is real. We can see racial inequalities in the deaths of more than 110,000 Americans due to COVID-19, a disproportionately high number of whom are black. We see it in Christian Cooper, a Black man who had the cops called on him after he asked a white woman to follow the leash laws in Central Park. We see it in the deaths of Trayvon Martin, Alton Sterling, Atatiana Jefferson, Walter Scott, Tamir Rice, Philando Castile, Michael Brown, Eric Garner, Breonna Taylor, Ahmaud Arbery and, oh sweet Black Jesus, George Floyd, all killed by police violence and vigilantes deeply motivated by racist intentions.

In recent Catholic history, St. John Paul II spoke openly against racism, as did Pope Benedict XVI. Pope Francis reminds us that racism is a pro-life issue, saying, “We cannot tolerate or turn a blind eye to racism and exclusion in any form and yet claim to defend the sacredness of every human life.”

Dr. Martin Luther King Jr. said that true peace is not a mere absence of tension, it is the presence of justice. It is time for the Catholic Church to take action and show support for racial justice. There needs to be the courage to stand against systemic racism.

In the United States’ national anthem, we proudly proclaim that America is “the home of the brave.” It’s time to practice what we have been singing: to be brave and to talk about racism.

Many Catholics have contacted me over the past several days to express sorrow regarding what’s happening in the Black community and to ask for resources on how to help. They have also asked for forgiveness for their roles in systems of racial inequality and white supremacy. Forgiveness is a good place to start, and we need God’s grace to help us forgive others and to heal, but it is not enough.

Black Americans have been negotiating for years for basic rights and protection. Now, it must be made clear that the protection of our lives is non-negotiable.

In his “Letter from a Birmingham Jail,” Dr. Martin Luther King Jr. outlines four steps for reconciliation: collection of the facts to determine whether injustices exist, negotiation, self-purification, and direct action.

This nation has already gone through the first three steps. First, we have identified the injustice: the systemic racism that perpetuates individual acts of racism and police brutality. Second, Black people have repeatedly tried negotiation: peaceful protests and non-violent activism. It seems as if nothing ever changes. Step three involves working on the self: Ask for the grace of boldness to confess our sin and for the blessing of purification. For racism is a sin, and we must all ask God to purify our hearts.

The step that remains is direct action. Being “woke” is not enough: Indeed, the politics of “wokeness” can be problematic, because white people feel as though they get a pass for not being overtly racist. But this view ignores systems of racial inequality that must be addressed.

Racism is like climate change: a human-made problem. And reconciliation and healing require all humans to come together.

As Catholics, it is time to put honesty and sincere intention behind our zeal and to talk about race. With God’s grace, we all must leave our privilege behind in order to seek healing and reconciliation.

I recently gave a talk in a predominantly white parish on the northside of Chicago about white privilege. While I was not pointing blame, I was surprised to see so many people who got defensive and said they were not racist because, “My neighbor is Black. I had two Black friends in high school.Today I have a great Black friend at my work; we eat fried chicken together for lunch.”

This is the America we are living in today: People think that a proximity to blackness exempts them from having to discuss racism in themselves or others.

While not all of us are responsible for the escalation of injustice, as Christians we are all accountable. The complacency of some white people against injustice in America is one of the greatest sins against creation. We must be willing to talk about race in America, even when it makes us uncomfortable.

Like James Baldwin said, “There are so many ways of being despicable it quite makes one’s head spin. But the way to be really despicable is to be contemptuous of other people’s pain.”

Our silence and complacency have pierced God’s heart, just like when God asked Cain where Abel was and he responded, “I do not know; am I my brother’s keeper?” (Genesis 4:9). We are all our brother and sister’s keeper, irrespective of race or ethnicity.

As a Jesuit, I deeply value silence. Silence can be a form of action if used to pray or seek spiritual change. However, when it comes to the sin of racism in our country, some faithful in the Catholic Church should question their silence if it is empty of action.

Non-productive silence is dangerous. Our complacence is a sin against God’s creation, an injustice against nature, and a trauma against human development. To paraphrase Eldridge Cleaver, if you do not want to be part of the solution, you will be part of the problem. Dr. King stated it well, quoting from a statement by clergy and laymen concerned about the Vietnam War: “A time comes when silence is betrayal.”

Today, we see this in the Catholic response to the death of George Floyd and the protests that have broken out around the country. Though many bishops, dioceses, and Catholic organizations have issued statements decrying racism, those statements are not enough. Our bishops need to be sincerely committed to action and change. It is time to realize how much our silence participates in the perpetuation of an unjust system.

Black people are exhausted from the centuries old virus that is killing them. Compassion from others to help alleviate this fatigue is long overdue.

One of the hallmarks of Ignatian spirituality is freedom. Freedom is also a natural right that America prides itself on protecting. Perhaps it is time now to use that freedom to have an uncomfortable conversation about race, justice, and human decency in America.

To clean a wound so that it heals is often painful. But just because it hurts, that doesn’t mean you should let it fester. It is time to ask God for the courage to be uncomfortable in order to seek justice for Black people.

It is time to acknowledge our fear that keeps us from feeling uncomfortable. Once we acknowledge that fear, we will be able to keep Black people alive. The people protesting in the street are furious and frustrated because they keep having to justify their humanity. It is time to listen to them. 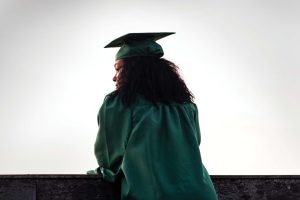 As college costs escalate, do vocations have a prayer?