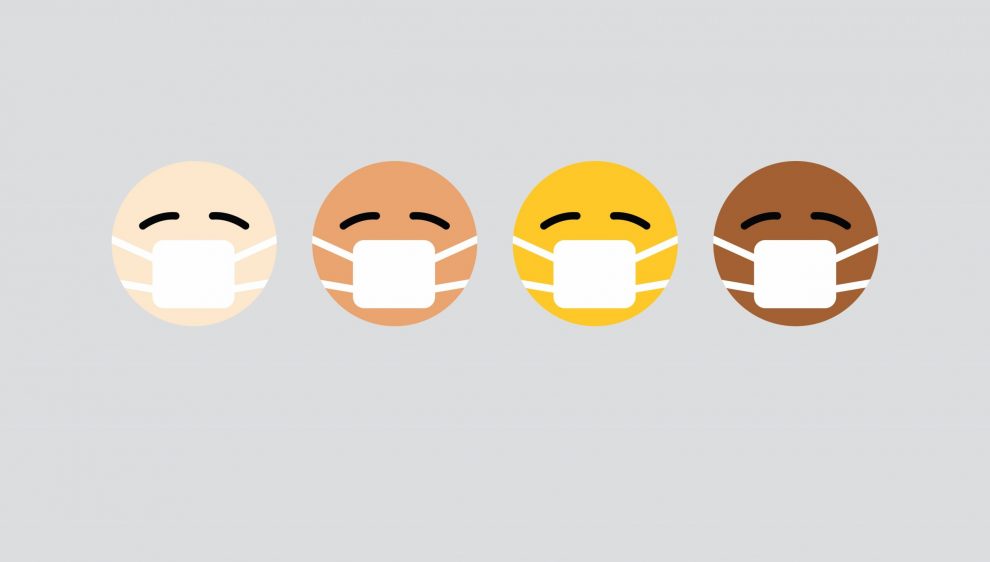 Across the nation, attacks against Asian Americans are on the rise. There have been stabbings in Texas, assaults in New York and San Francisco, and physical attacks, racial slurs, and spittle hurled in other locales. In Chicago and its suburbs, people of Korean, Cambodian, and other “Chinese-looking” ethnicities have been spat upon, called “chink,” assaulted while jogging, and told to “go back where you came from.”

There is a new phrase going around: “coughing while Asian.” It refers to how the same behavior—coughing—will be interpreted differently depending on your skin color and ethnic background. People who “look Asian” and cough in public have been glared at, insulted, and made to fear for their personal safety.

Although I am a German, Irish, white man, I am married to a Korean American woman and we have biracial hapa children. We take family walks around our neighborhood on most days. Lately my wife and I are more alert than usual.

COVID-19 is not the only virus pandemic our nation is fighting. Fear, too, is a virus that spreads, especially in times of heightened social uncertainty and vulnerability. Some groups are afraid of experiencing physical and mental assault as scapegoats. Other groups who once felt protected now seek scapegoats to deceive themselves of their own vulnerability. This has placed Asian Americans in the crosshairs of their neighbors’ fear.

Fear of personal vulnerability to COVID-19 has led to a deep desire among many whites (and others) for a scapegoat. Fear motivates people who have any vestige of power or advantage to “normalize” that which should never be considered normal. Fear eats away at one’s conscience until what was once known to be hideous becomes accepted as necessary. Over time, the dehumanization of the “other” that a society’s fear has rationalized as necessary becomes a ”new normal.” No one is immune to this virus of fear and its mutation into deception and violence.

Fear, deception, and hatred are the three “hounds of hell” that Christian mystic Rev. Howard Thurman warned about. Thurman was a mentor to Martin Luther King Jr. His famous work, Jesus and the Disinherited (Beacon Press), focuses on how the ”religion of Jesus” was a way of life and earthly salvation for those with their “backs against the wall.” He was writing for the oppressed and sinned-against of his time. As the grandson of slaves, a spiritual director for civil rights workers, and a man whose vocation constantly challenged the evil of white supremacy, Thurman understood all too well the connection between fear and violence in a racialized U.S. culture.

Thurman’s analysis also can be applied to perpetrators of racialized sin, because fear, deception, and hatred apply to both sinners and sinned-against, albeit in different ways. Although all humans are both sinners and sinned-against, different aspects of us become more prominent in different contexts. Sinners often fear their own vulnerability and wounds, which leads them to harm others. The sinned-against often fear for the personal safety of their communities, families, and selves, which leads them to maneuver for survival by any means necessary.

This virus of fear, which spreads racism, can be diagnosed and steps can be taken to resist and overcome it. First, do some honest introspection to recognize fear, understand its source, and own its dwelling place in your life. Pray in emotional and psychological vulnerability in the loving presence of God. Once a fear is recognized, it loses much of its power to influence our actions. It also can lead us to take positive actions to protect ourselves and others from COVID-19—social distancing, handwashing, wearing protective masks, and encouraging others to do the same.

Second, be honest in confessing to God, yourself, and trusted confidants how social context shapes you. For those of us who have been racialized as “white,” this takes on additional urgency. The vast majority of attacks based on racial fear of the “other” are perpetrated by white people. This continues to be true in attacks on our Asian American brothers and sisters. It is not a coincidence. After all, President Trump spent weeks polemically calling COVID-19 the “Chinese virus” (because most epidemiologists agree it originated in a market in Wuhan, China) and inculcating fear of the “other” in whites—even when the so-called “other” really is our sister or brother.

Third, receive acceptance and validation from our Redeemer and Sustainer as well as from trusted loved ones. This allows a person to feel valued and known, which empowers compassion with one’s broken self and with others. It is here that Thurman connects our interactions with each other to the “love-ethic” of Jesus. He writes, “Each person meets the other where he is and there treats him as if he were where he ought to be. Here we emerge into an area where love operates, revealing a universal characteristic unbounded by special or limited circumstances.”

Jesus constantly reminded his followers—who were both sinners and sinned-against—not to allow fear to control them. In full recognition of the depth of our fear and its destructive possibilities, let us heed the teachings of the one we claim is our teacher and savior. No one should allow fear to cloud their natural sense of the infinite worth of all people. This is doubly true for those of us who claim to be followers of Jesus. If we learn to see each other as fellow bearers of God’s image, we will make it through this. And perhaps we can build a more just and humane world on the other side.

To this end, Thurman’s insights harmonize with Pope Francis’ remarks in his Urbi et Orbi blessing on March 27, during the height of the pandemic in Rome: “Like the disciples in the Gospel we were caught off guard by an unexpected, turbulent storm. We have realized that we are on the same boat, all of us fragile and disoriented, but at the same time important and needed, all of us called to row together, each of us in need of comforting the other. On this boat . . . are all of us. Just like those disciples, who spoke anxiously with one voice, saying ‘We are perishing’ . . . so we too have realized that we cannot go on thinking of ourselves, but only together can we do this.”

Let us learn from the pope. Let us learn from Reverend Thurman. Let us practice the presence of God and the lifestyle of Jesus. Let us show understanding and Christ-like love—and reject all fear and all violence—toward our Asian American brothers and sisters.