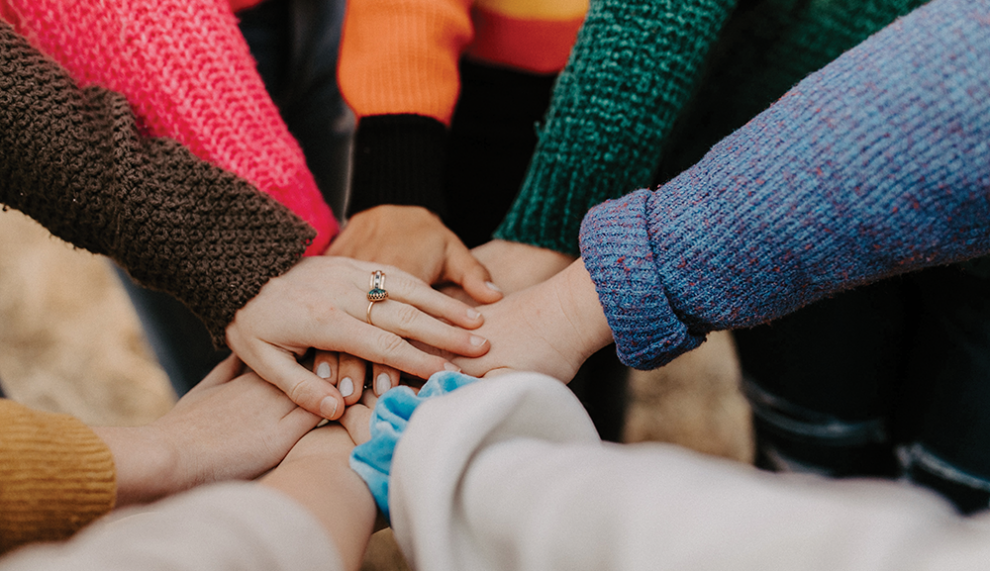 Generally speaking, would you say that most people can be trusted or that you can’t be too careful in dealing with people?

If someone asked you this question, how would you respond? Sociologists use it to measure social trust, and results across countries and over time have shown striking differences.

For example, in a comprehensive 2007 survey, the Pew Research Center found that Americans have a relatively high level of social trust compared to most other countries in the world. Francis Fukuyama, a political scientist, notes that Americans often fail to perceive their own society correctly due to stereotypes about “rugged individualism.” In reality, Americans tend to be “joiners,” forming all sorts of associations with nonkin.

Yet within American society, the Pew survey shows major differences among groups: Minority groups and the poor are less trusting, and older Americans generally more trusting. More recently, Pew found that a significant majority is concerned that trust is falling. Moreover, when Americans are asked about their trust in institutions (schools, businesses, the government), they express a lot more skepticism: Other than the military, Americans trust their institutions a lot less than they did several decades ago.

Social trust is a moral issue that lies beneath the surface of everyday life. It’s like a computer program that runs in the background: We don’t see it, but it’s always at work. What does it do? Most obviously, social trust makes cooperation in daily life either easier or more difficult. Social trust is like a moral lubricant—making it easier to do the loving and merciful thing or, alternatively, causing friction and suspicion that prevent love.

We all recognize the differences between dealing with the stereotypical used car salesman and conversing with a trusted physician. We approach these scenarios differently, ending up either on the defensive or genuinely receptive. Sadly, it is a sign of injustice that minorities and the poor must be on their guard in a society where discrimination is so rampant. Diminished social trust strongly affects our overall happiness. Just as is obvious for children, human beings thrive when they are enmeshed in bonds of trust.

In short, social trust is a key part of the common good, what the church calls the “sum total of social conditions” that enable individuals and groups to flourish. It is a vital component of solidarity, the idea that, as St. John Paul II explained, “we are all really responsible for all.” Such solidarity does not come about through a top-down process; it bubbles up from the daily stuff of life, our perceptions about the dynamics of our ordinary interactions and experiences.

Pope Benedict XVI, in his social encyclical Caritas in Veritate (Charity in Truth), explains that economic structures can work only on the foundation of trust. When that trust breaks down, as it did in many ways during the economic crisis of 2008, it endangers the whole system. He calls us to advance the “quotas of gratuitousness” in all economic dealings—the little, basic things that contribute to the building up of trust, like going the extra mile to help at the office or being honest in a deal even if it will cost you something.

We all recognize that this is the social ideal, but it doesn’t “just happen.” Solidarity is sometimes described as a virtue, a habit, almost like a muscle that you have to keep in shape by using it. Social trust doesn’t typically collapse overnight, and it certainly doesn’t reappear spontaneously. Rather, it is a gradual process: either of building up or breaking down. Our work as Catholics is to make the daily investments in building it up, especially in times like now when it seems to be eroding.

What can we do? We need a kind of investment strategy for social trust to which we all contribute. We might keep three things in mind. First, we need to find ways to be involved in our communities. Call this a “basis of belonging.” As a young, single person, I often read stories about how little community people found in parishes—and I understood. Yet I am fortunate enough to be a singer, and so every parish I arrive in I immediately get involved in the music ministry—and sure enough, the parish seems like a community! This always provides a “basis of belonging.”

Second, in considering such involvement, we need to pay attention to building long-term relations with people we otherwise might not know as immediate neighbors or in professional life. It’s all too easy in our world—especially with the internet—for involvement to become a one-off, get-in-and-get-out kind of experience. Coming to know and trust others happens over time.

Moreover, we need to look for opportunities for long-term involvement that will draw us into contact with people different from ourselves. Americans are increasingly segregated, especially by profession and education level, not to mention our perennial struggles over race and immigration. It does not have to be this way—but these divisions cannot be overcome by proclamations by national politicians. We have to become involved with people who are different and learn their struggles, hopes, and gifts.

Finally, we must recognize that the online world, especially social media, acts as a very powerful perception filter for our views of others—a very distorting one. While the online world can facilitate connection, the very structure of most platforms orients us in destructive ways.

Senator Ben Sasse recently argued that our political polarization has its roots in the breakdown of local, in-person groups, for which we have substituted online echo chambers that simulate belonging. We should do a better job of devolving our use of technological connections to facilitate bonds we need to have in the real world.

For a few years, I lived on a two-block street of rowhouses and belonged to the block’s “Friends of the Avenue” private Facebook group. I was always amazed by how this platform got used: We did not all know each other, but people would regularly post events, announce something they wanted to give away, or report on power outages or other proximate events. The group did not mean we were all best buddies, but it created a sense of social trust, of knowing and helping the people close by. That was an example of using tech to build trust rather than erode it.

Social trust might not be the kind of moral issue that will garner headlines or petitions. But it is an essential condition for working together for the common good. Let’s take stock of our daily lives and figure out how our choices can move trust in the right direction.