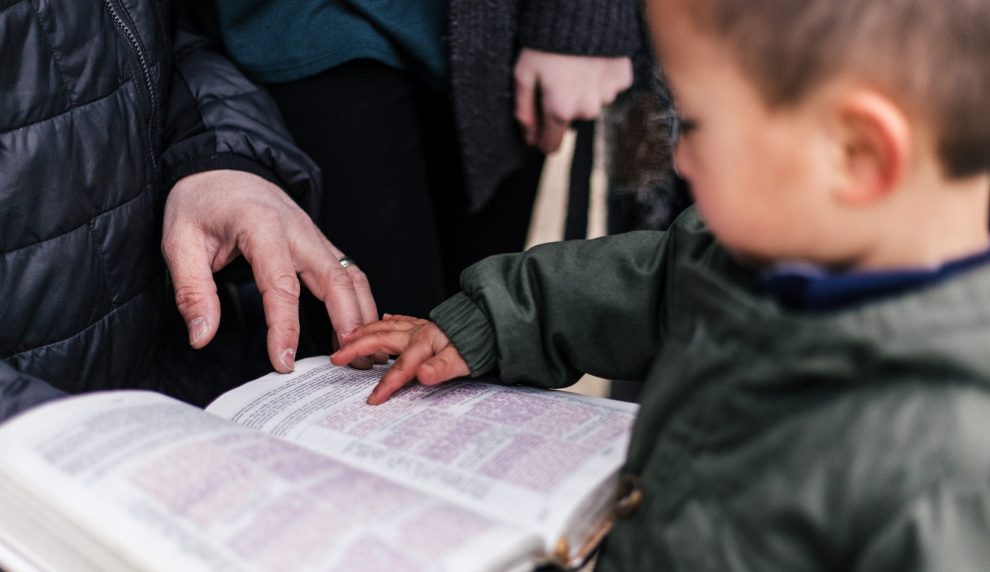 The story of Jesus’ resurrection is the gospel account most central to the faith of Christians, yet, in a paradox, it’s arguably the most difficult gospel story to believe. Healing the sick and even walking on water begin to seem like minor miracles when compared to being killed on a cross, being dead for three days, and then rising to new life.

Yet if we believe in the resurrection of Christ—if we truly believe—it should change everything about the way we live.

Resurrection offers a change in perspective on life.

Liam, 14, says his belief in the resurrection of Christ affects every aspect of his life—in a kind of spiritual domino effect. “The resurrection shows that Jesus is the Son of God,” he says. “And Jesus as God, as part of the Trinity, is the basis of the Catholic Church. And because I’m Catholic, I go to church each week, and I hear these great homilies that affect the way I live my life. My family goes to church in the central city, even though we live in a suburb. So in some ways the resurrection is the reason that I know all these people who I otherwise would never come in contact with.”

For Carol, a mother of four children ranging from 9 to 16, the belief in the resurrection takes away fear. “If we truly believe that not only did Jesus rise from the dead, but that we are given this same promise, that can allow us to live our life not only without the fear of death, but with anticipation of what awaits us after our life on earth is done,” Carol says. “I am proud of my 13-year-old daughter’s sincere comment that she is not at all afraid of death. I think that’s pretty amazing considering I know I am often fearful of things I have not previously experienced.”

Resurrection offers us a model to live by.

Two years ago, it seemed like Amy and Kevin had a golden life, without too many struggles. They had new jobs and a beautiful house. Their three children were doing well in school, theater, and sports. And then Colleen, the youngest, was diagnosed with a serious liver disease.

“I am now a firm believer that the Triduum is how we live,” Amy says. “We feast at Holy Thursday to steel ourselves for the journey. We encounter Good Friday where we face our cross and hopefully pick it up. We wait through Holy Saturday, and then we have the resurrection of Easter Sunday.

“When Colleen was diagnosed, we picked up our cross after much unhappiness in the household,” Amy says. After treatment, Colleen’s disease went into remission. While the damage done is irreversible, Amy views Colleen’s return to health as a resurrection. “I learned to appreciate that which I had not appreciated before,” she says. “I hold onto my children and Kevin that much tighter. I see the good in those it is not easy to see the good in. I pray more than I did before. It was a resurrection.”

Resurrection gives meaning to the struggle.

Denise, mother of three children between 5 and 12, finds that her belief in the resurrection guides how she chooses to parent her children.

“Christ focuses on the work his Father gave him in furthering creation,” she says. “He is not tempted by false accusations. He does not look for an easy way out of his troubles. He is not distracted by the failings of his closest friends. He falls but gets back up. He accepts the help of others when he cannot carry his burden alone. He comforts others even when he himself needs comfort. He is not deterred by humiliation, taunting, or scorn. He endures the pain.

“How does that translate into how I parent? I try very hard to not promise or engineer my children’s lives for happiness. I allow a life of obstacles and denial where they realize working through problems—especially those that are unfair and unexpected—holds many lessons and the knowledge that they will be OK, God will not abandon them. What I believe God promises in the rising from death is peace, a peace that to those who receive it is greater and more vibrant than the absence of suffering.”

This article was originally published in a 2014 issue of At Home With Our Faith, a family spirituality newsletter of Claretian Publications.