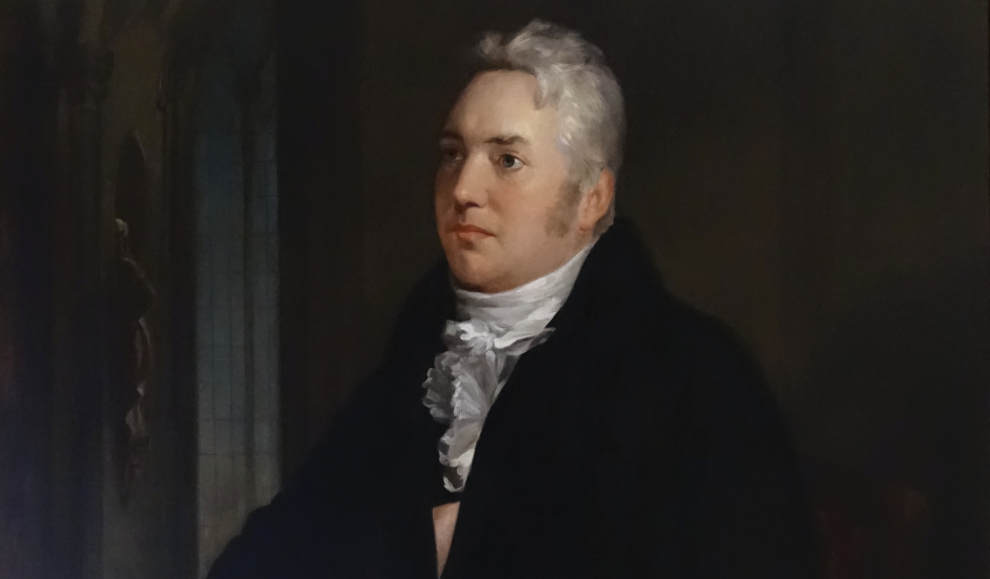 When I sit down to read a poem, I am brought out of myself and into a different vision of the world. Whether through meter, rhyme, metaphor, or even just line breaks, reading poetry encourages me to see the world in a different light. This is the claim Samuel Taylor Coleridge makes specifically for the poetry of his friend William Wordsworth, but it applies to all poetry.

Coleridge tells us that poetry works to awaken the “mind’s attention from the lethargy of custom, and directing it to the loveliness and the wonders of the world before us; an inexhaustible treasure, but for which in consequence of the film of familiarity and selfish solicitude we have eyes, yet see not, ears that hear not, and hearts that neither feel nor understand.” The best poetry does this for us: It awakens us to reality.

Coleridge was born on October 21, 1772. The youngest of 10 children and the son of an Anglican priest, he spent his formative years reading fairy tales. While many are perhaps most familiar with Coleridge as the author of the poems “Kubla Khan” and “The Rime of the Ancient Mariner,” he was also something of a theologian. In 1817 Coleridge wrote an unusual book about his life. Called Biographia Literaria, the book details Coleridge’s literary life through letters he wrote during his travels in Germany and general notes on life, literature, philosophy, and faith. Central to this work is Chapter 13, a very short chapter in which Coleridge unpacks his understanding of the imagination.

Coleridge divides the imagination in two. First is the primary imagination. This, Coleridge says, is the “prime agent of all human perception.” It is the means by which we see and shape the world around us. What’s more, it is a participation in God’s creative act. We are not creators—making reality out of nothing—but in us is repeated a glimpse of the Creator. This then finds expression in Coleridge’s secondary imagination, whereby we create works of art. Coleridge has chiefly in mind poetry and the visual arts, but this can and must expand to all human artifice: to bread baking, baseball, and everything in between. What this means is twofold: First, we help shape the world around us. If the primary imagination is a participation in God’s creative act, then our perception of reality and the meaning we discover and shape in it are also real. Early in the book Coleridge compares the imagination as perception to caterpillars who leave room in their cocoons for the antennae that do not yet exist. How we look at the world around us matters.

The secondary imagination makes this more important. The works of art we create are meant to support the meanings we find and shape in the world around us. The best of them work like Wordsworth’s poetry—and Coleridge’s too, though he is too humble to say so—removing the film of familiarity and allowing us to see things as they are. This brings new meaning not only to the reading of poetry but also to our encounter with all acts of human creativity.

But it isn’t just Coleridge’s ideas or poetry that I find so moving. His life speaks of grief, loss, and addiction. Yet all the while he found his way back to Christ. Coleridge’s opium addiction began in the 1790s. Some kind of emotional and physical event left him bedridden. At this time doctors discovered an abscess in one of his teeth. To help with the pain, he was prescribed opium. This began a lifelong struggle with addiction, which Coleridge would begin to see as his personal version of his mariner’s shooting of the albatross.

There are some who see the use of drugs, psychedelic and otherwise, as beneficial to the creative act. Coleridge did not see it this way. For him it was a deadening poison that undid the effects of the imagination. It caused blurred, not clearer, vision. He wrote in a letter a prayer to God: “Give me strength of Soul to make one thorough trial—if I land at Malta / spite of all horrors to go through one month of unstimulated Nature—yielding to nothing but manifest Danger of Life!—O great God! Grant me grace truly to look into myself, & to begin the serious work of Self-amendment—accounting to Conscience for the Hours of every Day. Let me live in Truth—manifesting that alone which is, even as it is, & striving to be that which only Reason shews to be love—that which my Imagination would delight to manifest!” Coleridge could see that opium was deadening his senses, that he was no longer discovering the meaning of reality nor giving it shape. Rather, he was being deceived.

Coleridge tried many different ways to overcome his addiction. One method was to take to the fells, the mountains and hills of England. All weathers would find Coleridge going at a great pace, as though he were a kind of Jonah seeking to outrun not God but the devil in the guise of opium. In 1816 Coleridge had to move in with his physician Dr. Gillman, abandoning his wife and children, although not without a thought to their well-being. He lived with the good doctor until his death in 1834. During this time, as Malcolm Guite argues, Coleridge emerged like his mariner, calling us all to stop and attend to the world God has made, to pray, to love “all things both great and small.” His poetic voice may have grown quieter in his final years, but his prophetic voice grew all the louder—and we would do well to listen.

When I sit down with a poem like “Frost at Midnight” or “The Rime of the Ancient Mariner,” the world around me transfigures. If I am attentive, I can see, even if for just a moment, the traces of the lines left in the involucrum where the shape and space for the antennae exists, waiting to be filled. When I sit down to write my own poetry or essays or to bake a fresh loaf of bread, I am reminded that in doing so I am participating in the creative act of God in my own, created way. Coleridge helped me see and understand this.

Before he died, Coleridge penned his own epitaph, which is written on his tombstone. He performs, one last time, the mariner’s task of stopping those who need to hear his message.

Stop, Christian Passer-by! Stop, child of God!
And read with gentle breast. Beneath this sod
A poet lies, or that which once seem’d he.
O, lift one thought in prayer for S.T.C.
That he who many a year with toil of breath
Found death in life, may here find life in death!
Mercy for praise—to be forgiven for fame
He ask’d, and hoped, through Christ.
Do thou the same!