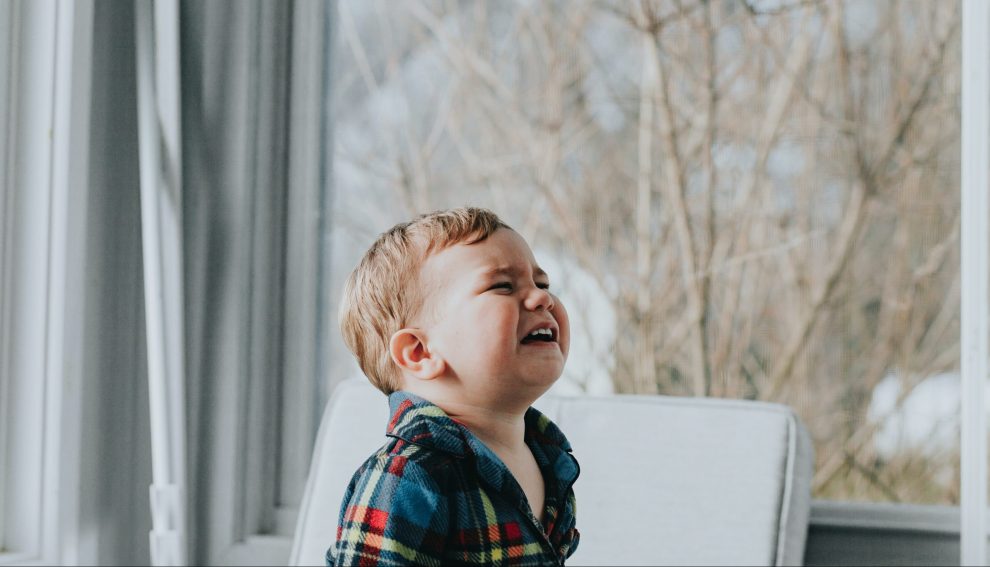 An old friend of mine likes to joke that if you go to Mass and the opening song is “Be Not Afraid,” you probably have every right to be fearful. Either the Bible readings will make you feel like you’re going to hell in a handbasket or the finance committee will announce the parish is a million dollars in debt!

Fear is a common thee in the Holy Week readings, as Christians remember Jesus’ death and Resurrection. Fear torments Jesus on the night before he dies, in the Garden of Gethsemane. Fear makes Peter deny Jesus three times. Fear has the disciples hiding after the Crucifixion. And fear is the first reaction on Easter Sunday, when Jesus’ friends go to the tomb and find it empty.

During Holy Week many of my own thoughts focus on fear. One of my children is suddenly afraid to go to sleep at night—mostly, he says, it’s because he worries about losing his favorite stuffed animal, but sometimes he’s afraid of divorce when Mom and Dad disagree.

My other child feels separation anxiety whenever I go on business trips. There’s also the tricky. Balance regarding “stranger danger”: how to teach kids proper caution without making them so afraid that they’ll never trust others. After wrestling a lot with kids’ fears lately, I’ll share with you some of what I’ve learned.

1) Realize: Take a child’s eye view. Kids’ fears are not our fears, so we shouldn’t expect them to make perfect sense to us. I was reminded of this at Christmas when a school counselor told us that many kids are plagued with fear at that time of year. Sometimes kids are afraid they’ve been too naughty or nonbelieving for Santa, but more often their fear is a general, vague reaction to all the stress in the air. Adults grow tired and irritable when schedules are full and budgets are tight; parents might argue more or teachers snap at pupils.

I also like the kids’ perspective put forth by child-development expert Penelope Leach: How would we feel if a complete stranger put her face an inch from ours, made googlie eyes at us, and tweaked our nose? As adults, we’d pull back aghast from such an encounter—and yet people do this to babies and toddlers all the time.

2) Respect: Fear can be a friend. None of us wants our kids to be paralyzed by fear. We’d like them to acknowledge fear yet take the plunge whenever benefits outweigh the risks.

Just be careful, warns Elaine Aron, author of The Highly Sensitive Child (Broadway). Don’t push too hard if children seem genuinely afraid. We humans are wired with a natural system that protects us from harm, the way an animal’s heightened sense of smell or sight protects them. If a child has a natural fear of heights but we shame her into riding rollercoasters anyway, we’re teaching her to disregard the type of self-protective instinct that could later help her steer clear of an abusive boyfriend.

3) Reappraise: Take their lead. Fear is a normal and natural part of life that haunts adults as well as children. How odd, then, that we adults should so often say to children “Don’t be afraid!”—as though the emotion can be easily controlled. We’re trying to reassure, of course, but kids often hear “Don’t be afraid” as a command.

Better to say, “Why do you think you feel that way?” or “Is there anything I can do to help?” When we ask kids for input about their fears, we not only give them coping skills but at times discover some surprisingly simple solutions.

One mom whose son was afraid of an abandoned house next door asked “What can we do so you’re not so afraid?” He had an idea that worked. They sat on their front porch with flashlights and candles for about an hour one night, talking and praying until he finally announced he was no longer afraid.

4) Respond: Banish the beasties. When my kids were younger, the villains in Disney films scared them enough that we’d fast-forward through those scenes. Recently we discovered one of my son’s E-rated videogames contained a frightening character. While not a problem during the day, this type of game is totally off-limits in the hours before bed.

Same with watching TV. While some shows have good family values, any benefits disappear when a scary commercial interrupts to promote the latest teen slasher flick or a chilling episode of CSI.

This article was originally published in the April 2006 issue of At Home With Our Faith. Click here to subscribe to the family spirituality newsletter. 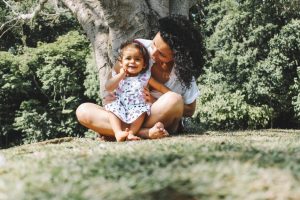