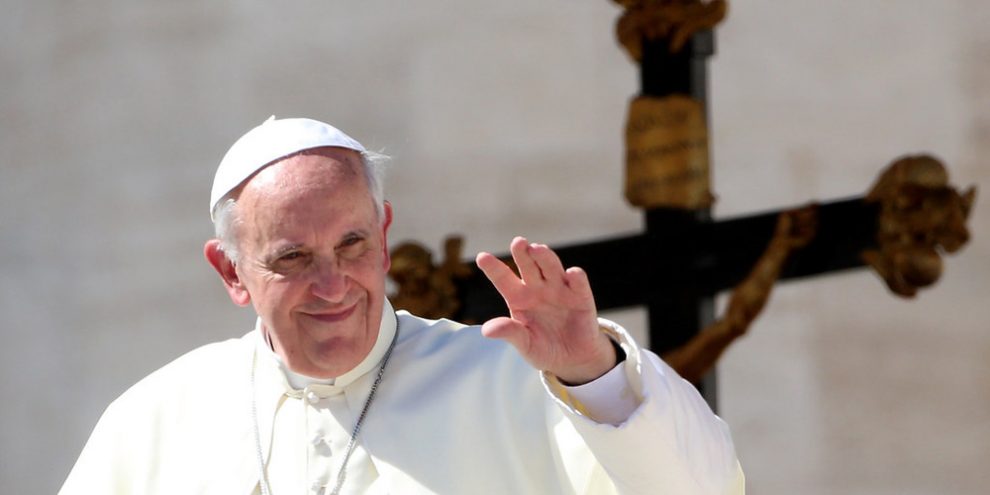 Imagine picking up the phone only to hear Pope Francis’ voice on the other line. It seems almost absurd, yet this is what happened to me a couple of years ago. After a senior member of the Brazilian church hierarchy sought to have me forcibly laicized (which I have written about in further detail elsewhere), Pope Francis called me to confirm my vocation to the priesthood.

I’ve written about my personal reaction about my reaction to the phone call elsewhere, but I’m delighted to share here how Francis’ response affects not only LGBT Catholics who are building the church from the ground up, but the future of the church for all Catholics.

The most surprising thing about Francis’ call, apart from the fact that he called at all, was his solution to my “canonical problem.” At the time, I was existing in a sort of canonical “no man’s land”: I had been forcibly dismissed from clerical status with neither charges made against me nor any defense allowed. I had no ecclesiastical superior. I had written to Pope Francis asking him to make my situation regular—that is, to fit me in to some canonically approved way of belonging.

While Pope Francis didn’t respond to my request, he did something much braver. Ignoring canonical regularity, he set me free to exercise priesthood worldwide in the same way that he authorized a number of priests for the 2016 Jubilee of Mercy. Except that unlike those priests, I have no canonical superior, no one to whom to be accountable.

At first I was perplexed by this and the lack of definition it gave me. (Curiously, I’m a quite conservative and cowardly guy who longs to be accountable to someone.) It was not until I began to glimpse what Francis had been hoping for from the Amazon synod that I sensed that he is aware of how our whole way of exercising ministry and sharing sacramental roles and ways of belonging is beginning to undergo, and will continue to undergo, a huge series of changes. That was when I began to see that he had chosen not to fit me into an old wineskin but was setting me free to find a place within the new.

This seems to me entirely coherent with his sense of the Iglesia en salida, which doesn’t translate easily into English: “outbound church” or “outgoing church” doesn’t have the same sense of adventure. Francis is well aware of just how dead-heavy institutional structures have become—and how fear, often disguised as “prudence” and even more fatally as “obedience,” possesses people while offering them a superficial sense of belonging.

For instance, shoring up structures and doubling down on hard-line positions doesn’t help spread the gospel. A 2016 survey by the Public Religion Research Institute and Religion News Service found that 39 percent of Catholic milennials who’ve become religious “nones” say that the principal reason is because of the church’s treatment of LGBT people.

This is a far higher proportion than the 19 percent who say they left because of the abuse cover-up crisis. I suspect this is due to the fact that far more people, thank heavens, personally know someone who is LGBT—a  relative, friend, or coworker—than someone who has been abused by a priest or gaslighted by a chancery.

Those who are scandalized by the gay issue—which includes many closeted bishops scandalized at themselves, self-trapped by a definition that locks them into scandal—can spread only scandal, not the gospel. And it is not the scandal of Christ that they are preaching, but the scandal of the “righteous” at Christ, who loved and delighted to be with sinners.

What I have discovered is that the real joy of the gospel is found in groups of sinners who sit lightly to their sins, know they are loved, and long to love better starting from where they are. The real presence of Jesus in such eucharists, as something that can very often be felt and known by those gathered, is so far beyond scholastic definition as to be astounding. This it has been my privilege to discover firsthand.

So I am learning to find myself accountable not to ecclesiastical authority but to my fellow sinners, the sisters and brothers I attempt to serve in different parts of the world. It is at their invitation that I preside at their Masses, hear their confessions, am occasionally a witness to their weddings, and find myself inspired by the confidence and maturity of their faith.

Wherever I have the opportunity to do so, I urge them to create what I call “eucharistic community.” By this I mean small groups that are able to meet regularly around a Eucharist and not only share the liturgy but also invite Jesus into their midst as one who talks to them through the gospel of the day as well as through their own sharing of their experiences as they talk through the gospel among themselves.

These Masses often take place in private houses or other non-ecclesiastical buildings. Very often it is brave, anonymous priests who come and serve the groups, without any financial reward and sometimes in fear of what would happen to them if their bishops—or worse, the other priests of the diocese—found out. Order priests are able to do this with greater freedom, and it has been a pleasure to see how unfussed are, for instance, St. Ignatius’ sons or St. Dominic’s brothers by their potential loss of reputation.

If there has been one consistent theme to my own preaching and teaching in this area, it is how grace sets us free from being trapped in resentment. And to an extraordinary extent, young LGBT Catholics everywhere seem to grasp this. The result is what I am beginning to call the “church of the confessors”: those who held firm to their faith, and confessed it, in the midst of the great persecution.

This great persecution was when, over a 35-year period, the full weight of hateful rhetoric was brandished by an apparently strong and triumphant church, rich in fake certainties, fake apostles, and a leadership we now know to have been quite extraordinarily corrupt and cowardly. And yet the “church of the confessors” had to go through the hard work of learning to distinguish between that which was of Jesus and that which was of self-righteous hatred, and at a time when it was not so obvious as it is now how much of the reaction to Vatican II was creating a giant mirage tinted with ecclesiastical kitsch.

Now that the mirage has been exploded, I find that everywhere I go (and within the last few months I’ve been with wonderful groups in Peru, Chile, and Mexico and am finding more all the time) those who have already gone through the loss of everything they held dear in a church that didn’t hold them dear are the ones who are excellently well-placed to initiate the creation of new forms of shared Christian community and living. And many, many straight people—including some wonderful Catholic parents of LGBT children—have found that there is a basic honesty and transparency among such groups. It is a pleasure to share with them in the unworried rediscovery of what it is to “be church.”

Naturally, I have no personal knowledge of what Pope Francis thinks of such things. However, he has shown his freedom in allowing these initiatives to flourish, in appointing people to bishoprics who know they will have to find out where their churches are, rather than presuming that canonical and ecclesial reality have any sort of close relationship. Francis has created signs, like being happy to be photographed with Jesuit Father James Martin or even calling me.

Francis has already requested the Pontifical Biblical Commission to come up with its study of biblical anthropology. And if the rumors, including the hostility toward that document of figures in the Congregation of the Doctrine of Faith, are anything to go by, then it seems likely that a far more sophisticated approach to the scriptural texts used to promote negative views of LGBT people will become standard. Such an approach has been available since the commision’s excellent 1993 document, “The Interpretation of the Bible in the Church.” Nevertheless, until Francis’ initiative, who in the Vatican was brave enough to publicly apply their own teaching to this area that affects so many of them?

I see all this as entirely consistent with Pope Francis’ expressed view that the peripheries will bring the gospel to the center, not the other way round. The adventure of a fresh discovery of Christianity, something whose very existence seemed threatened by the anti-witness of a seriously mendacious clerical culture, is fast coming upon us—and is now. What a privilege it is to be beginning to grasp the sense of freedom this is bringing.

James Alison is a Catholic priest, theologian, and author of many books. Best known for his work showing the fecundity of the thought of René Girard for systematic theology, he also attempts both to face down the systemic mendacity of the church in matters gay and to feed the sheep that the shepherds would drive away. So far, thanks not least to the phone call mentioned in this article, he has lived to tell the tale. He spends over half of each year traveling for retreats, conferences, courses, and the like. When not on the road he lives in Madrid. Further details on jamesalison.co.uk.

A reflection for the twelfth Sunday in Ordinary Time 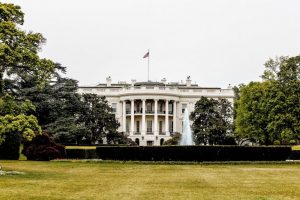 How the pandemic taught me to embrace downtime