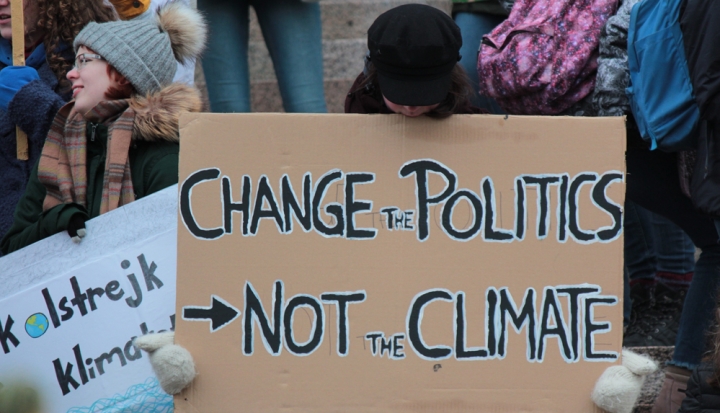 For the last 44 years, the United States Conference of Catholic Bishops has published Faithful Citizenship, a “teaching document on the political responsibility of Catholics.” There is much in Faithful Citizenship to recommend it. Yet, it has begun to seem to me like it is time for something new. I say this only partly because the bishops proved unable to offer a new version of the document for this election that would revise the document, last re-written in 2007 before Pope Francis had begun his ministry. I say it also because there are persuasive signs that the whole approach of Faithful Citizenship has failed.

The Pew Research Center released figures last year that paint a devastating picture of how Catholics approach politics. On issue after issue, whether we discuss extending the border wall or whether climate change is caused by human activity, there was no measurable difference between Republicans and Catholics who identify as Republicans, between Democrats and Catholics who identify as Democrats. The discouraging picture is clear: 44 years of “Forming Consciences for Faithful Citizenship” has left Catholics looking just like non-Catholics in American political life. Being Catholic makes no discernible difference. In politics, we are not Catholics. We are partisans, just like everybody else.

Considering how much effort the bishops have devoted to Faithful Citizenship, the scale of this calamity should stop us dead in our tracks. Especially as we look around at our world and the role Catholics have played in fueling our polarized political climate, now seems like a good time to re-think how we engage with politics as faithful citizens from the ground up. In fact, I think we are obligated to do that. For that reason, I am asking readers to join me on a journey for the next six months. In these next six columns, I will take some space to reflect on a better way to be faithful citizens. My hope is that I can raise some good questions and provoke some thought.

I’d like to begin by asking an elemental question: What is politics?

The question seems simple. Politics is familiar. We use the word all the time. The Corpus of Contemporary American English places politics at 954th out of more than 170,000 words in frequent usage (top 1 percent). There is little that could be more familiar to us. And yet, we use the word politics incorrectly almost every time.

The study of politics began in the ancient Greek polis. The best way I can translate the original sense of what politics meant (politeia) is to say that it refers to “what the people share in common.” This is the sense that is closest to how Catholic social teaching understands politics, as well. Too often when we say politics, we mean partisanship, taking sides in a divisive conflict. But narrow self-interest is the opposite of what politics really means. When we misuse the word, we are cheating ourselves. We are depriving ourselves of the best hope we have against narrow self-interest: a sense that politics calls us out of ourselves, toward something greater.

When President Kennedy established the Peace Corps in 1961, he called on young people “to sacrifice their energies and time and toil to the cause of world peace and human progress.” He was calling them away from individual self-interest toward a greater common good. We do not need to sacrifice our consciences or our convictions. But we must sacrifice our certainty that other people are proceeding from bad motives. Politics in this better sense is about learning together how to disagree together, while still working together toward justice, peace, and the common good. Somehow, we Americans became captives to a different idea. And, because we are indistinguishable from other Americans, Catholics became captive to that idea too.

If our politics ever is going to be something better than a football game, it falls on Catholics to bear witness to a real alternative, a different way to think about politics that focuses on the common good instead of endless conflict. And the best way to approach this is by living our Catholic faith in politics less like a checklist of issue positions and more like an ongoing invitation to dialogue and engagement. We must recognize that we share the community with everyone, and everyone belongs to the community. We can—and, must—dialogue with those who disagree with us. After all, we cannot expect them to listen to us if we will not hear out their deepest concerns, too.

If Catholics want to shape a public conversation more concerned with protecting the most vulnerable, then we must change ourselves and how we engage the conversation. We must experience a conversion. We must offer something different, instead of reflecting back the partisanship our politics already offers. We must do better.

This essay is the first in a six-part series about Catholic citizenship. Next month’s topic: The consistent ethic of life. 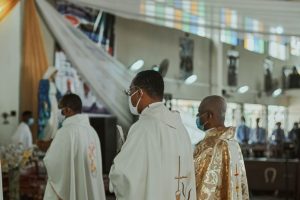