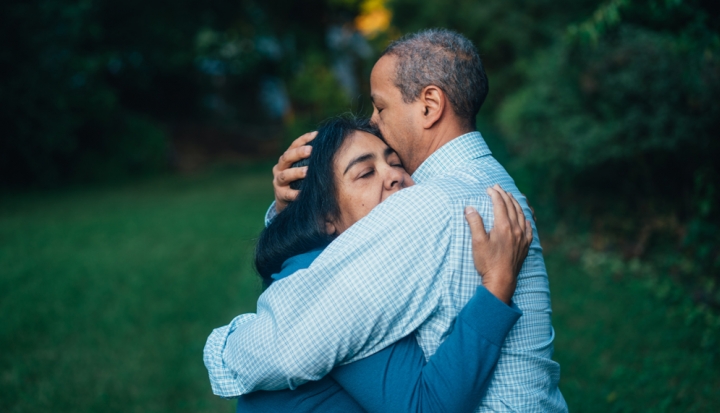 On January 1, all over the country, people jump into freezing bodies of water in celebration of a new year. While “polar bear clubs” involve bravado, good cold fun, and sometimes too many Bloody Marys, they also have a more serious side. There is something about our human nature that appreciates a clean slate, a fresh start, a chance to wash away the past and begin again.

Forgiving family members, friends, or colleagues has much in common with jumping into an icy lake. The process of forgiveness can involve taking a plunge that is at the same time painful and exhilarating. Wrapped warmly in our layers of self-righteousness, hurt, and anger, we are reluctant to expose ourselves to the elements. Yet if we decide to jump into the waters of forgiveness, we may be surprised at the healing we find there.

When our parents need our forgiveness

Samuel, father of two, said that he carried anger toward his father from young adulthood through his early 30s. His father often accused Samuel of saying or doing terrible things that were not true. “The anger I had toward him almost felt good,” Samuel says. “I would replay conversations we had in my head, and I would hear how wrong he was. My anger was justified; my dad had really hurt me.”

As Samuel got older, he recognized that behind his father’s cruelty was mental illness: His dad had struggled with paranoia. “I was able to move toward understanding my father—and I’m not sure where the line is between understanding and forgiving. But holding onto my anger was exhausting. It has been freeing to let go of it and not expect my father to change. I have been able to accept that he has a different perception of reality.”

For Samuel, forgiveness of his father was not a one-time heart-to-heart talk. It is unlikely that Samuel’s father even knows his son has forgiven him for all the hurtful untruths he has spoken. Instead, for Samuel, forgiveness is an ongoing attitude of letting go of hurt and disappointment and allowing acceptance to take its place.

When our children need forgiveness

When Mike and Ellen learned that their 11-year-old son had been picking on a child at school with cerebral palsy, Ellen says she felt physical pain upon hearing the news. “The principal gave the details of what our son did,” she says. “I was ashamed of my son.” Ellen says that for about a week, she felt such fear about the person her son might grow up to become that she could barely look at him. Then she and her husband decided they needed to look at their son’s action, terrible as it was, as a cry for help.

Through much discussion, they discovered their son was carrying his own anger and hurt. Mike and Ellen began therapy with their son, met with the family of the other child, and made some changes in their son’s life. “I could not forgive my son right away,” Ellen says. “I couldn’t trust him. I needed to take action to help him heal, and it was then that I started to forgive him.”

Brigid, mother of four, said that she had to forgive her teenager for an action she describes as devastating. “One thing that helped me forgive was to not let the one event become the entire child. I made myself recall that on the scale of the stupid and dangerous things that teenagers do, this was on the lower end,” she says. “I also identified my role in what happened and increased my vigilance where it had fallen slack.”

Maureen, also a mother of teenagers, agrees that forgiving is difficult, but she keeps in mind that her responsibility is to be a role model for her children. “Whether or not my child has asked for forgiveness, whether or not they deserve it, I must forgive 70 times seven times,” she says. “Oftentimes, when my children apologize, I respond, ‘I have already forgiven you.’ ”

This article was originally published in the January 2014 issue of At Home with our Faith.