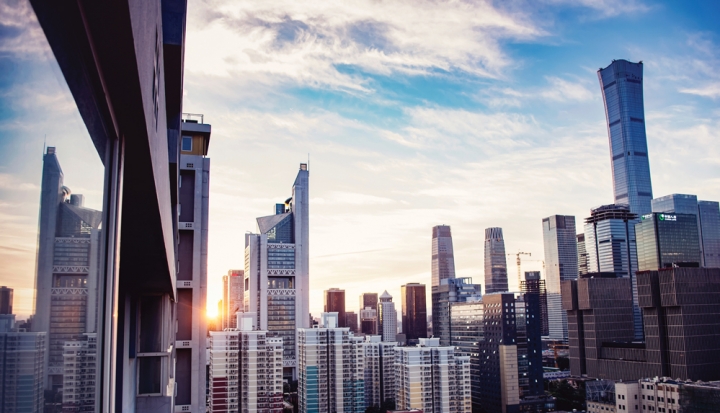 Shutterstock, an otherwise inoffensive online image archive, became the latest if unlikeliest actor in an ongoing global drama last fall. After moving into the Chinese market in 2018 with a $15 million investment in a local counterpart, in 2019 Shutterstock became the latest U.S. corporation to humble itself before Beijing’s one-party rule, eliminating image results for searches like “President Xi” or “umbrella movement” that might embarrass party leaders as protests in Hong Kong for basic rights grew more intense.

Just weeks earlier Beijing had forced the U.S. National Basketball Association into a humiliating retreat after one of its coaches offered an endorsement of Hong Kong’s pro-democracy movement on social media. The incident highlights China’s capacity to shut down free expression not only within its borders but essentially anywhere in the world.

And these days Beijing can suppress debate—or image searches—without a word. Shutterstock did not have to be told to hide search results that might embarrass China’s leaders. The corporate self-censorship its New York-based management was eager to institutionalize means President Xi Jinping does not often have to show his heavy hand.

Editors for Chinese-language newspapers inside the United States already knew about the ominous reach of Beijing: As “overseas Chinese,” they have long experienced pressure to block criticism of mainland policies and personalities. But many Americans were surprised to see the phenomenon at work within, presumably, a democracy.

In rhetorical confrontations with China, the market is the message—1.4 billion consumers strong and growing. That vast revenue potential hovers in the background of any corporation’s long-term marketing plans. Those who aren’t in China yet are trying to figure out how to get there; those already there are strategizing on how to remain and grow market share—impossible ambitions should one fall from grace with party leaders in Beijing.

Some global players find themselves doubly trapped: Apple and Amazon not only hope to remain major players in the China market, they have also become deeply reliant on China’s production capacity. Much of what they sell in the United States and Europe is manufactured in China, from the modest—Amazon’s low-cost clothing line—to the major—Apple’s must-have iPhone 11.

So Western political and business leaders keep their mouths shut as inside China labor abuses pile up and suppression of political and religious expression intensifies. In its annual report on religious persecution, Aid to the Church in Need spotlights China as one of the world’s largest offenders, using the power of the state to suppress religious expression. It describes religious persecution in China as “extreme” and “worsening.”

China has authored perhaps history’s greatest movement of humanity out of poverty over the past 40 years—much has been gained by China’s integration into the global economy. But despite optimistic projections in the 1980s, a parallel political liberalization has not accompanied China’s impressive economic gains.

In fact under Xi the Middle Kingdom is heading backward on fundamental human rights. Politicians and corporate leaders of the West have for decades limited themselves to small gestures of regret and resistance as China pressed hundreds of thousands into re-education camps, abused its working class, and suppressed the religious freedom of millions of believers—including 12 million Catholics. The escalating confrontation in Hong Kong suggests a clampdown of pro-democracy forces there may be inevitable.

There may soon come a time when Beijing’s hostility to basic freedoms will be too profound to ignore and business as usual will simply not be possible. Wise corporate leaders are seeking ways to bake that possibility into their business models, a coming fiscal quarter when they will have to account for principle, not just profit.