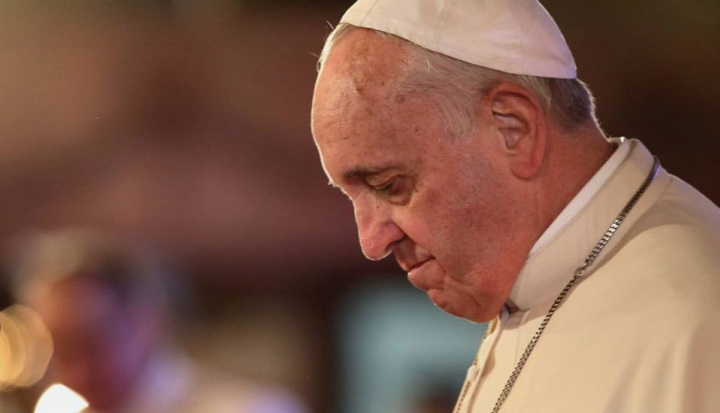 Schisms and rumors of schisms troubled the end of summer as preparations began in Rome for the Synod of Bishops for the Pan-Amazon region—at least among folks who comprise what is known as Catholic Twitter. On that occasionally benighted platform, 240-character communiqués from crowds of Henny Pennies in all corners of the church’s various cultural blocs weighed in with the latest news about the internal crumbling of the church.

Self-appointed watchdogs of church orthodoxy worried over schismatics they perceived among the followers of Germany’s “synodal way” or at a tree planting ceremony that opened the synod in Rome. This crowd in turn became the targets of self-described progressives in the church happy to point out the hypocrisy among fellow Catholics who during previous papacies had little patience for critics of “their” popes.

Surveying all the unpleasantness, one can only wonder what an outsider would make of these Christians, who, early reports suggest, would be known by their love for one another.

First, a deep cleansing breath—if that’s not too much of a yogic exercise—and a gentle reminder: Don’t mistake the church for its contorted reflection on social media. The internet hot zones of ideological combat are not where most Catholics in the pews find a reflection of themselves, their experiences, or their concerns. Catholic Twitter, thank goodness, is not the Catholic Church.

That is not to say there are not actual and important theological and ecclesial issues to debate about the future of the church. But it is worth asking about what lies beyond—or beneath—the conflict on the surface.

Some of the voices most critical of Pope Francis are happy to duke it out on issues related to priestly celibacy, communion for couples trying to extract themselves from “irregular” unions, and the church’s outreach to its marginalized communities—whether among indigenous villages along the Amazon or in LGBT neighborhoods in the West’s largest cities.

The pope acknowledged such voices, emerging particularly from the United States, as expressions of schism-lite that would not deter him.

Behind these voices are Catholics of simpatico concerns and, frankly, lots of money to throw at platforms of contemporary communication that keep the criticism of Francis steady and loud. These critics emerge from a power nexus that from the beginning of his papacy has found reason to be concerned about Francis. Before they were objecting his tolerance of indigenous inculturation and access to communion for the divorced, individuals within this network were more clearly worried about his so-called politics.

Francis’ critique of a global throwaway culture that offers up human dignity before the altar of the free market and his call for the end of overconsumption as a practical and spiritual obligation have alarmed the sentinels and beneficiaries of the global economic status quo.

Pope Francis has undertaken reform of the curia and structures of repression within the Catholic Church even as he has demanded a reappraisal of the global economic order and pointed at the persistent failure to meet our obligations to creation. He seeks a personal and systemic upheaval that is proving intolerable to many in positions of wealth and influence.

So are the vivid criticisms of Francis driven by real concern for “confusion” among the people in the pews or by portfolio management? Probably a bit of both. Even the well-heeled faithful can entertain legitimate worries about orthodoxy, and they are within their rights to invest—sometimes heavily—in messages they want to transmit to Rome.

But ulterior motives are also worth exploring as the rhetorical Molotov cocktails are thrown across social media barricades. To many, there is much more at stake than “likes” and retweets in this ideological combat.