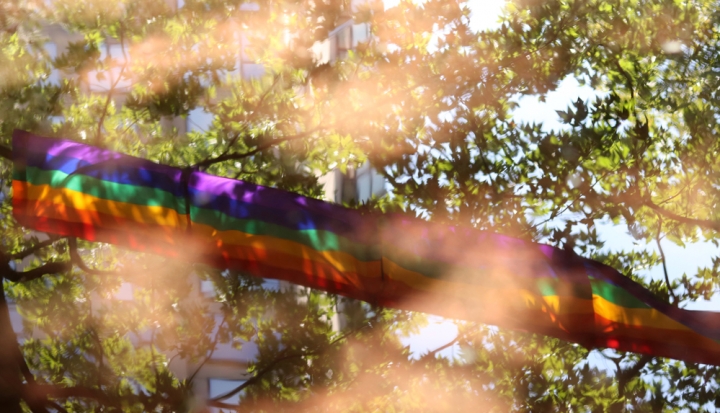 In October the Siena Retreat Center in Racine, Wisconsin hosted a spiritual retreat for gay priests and deacons. The retreat, sponsored by New Ways Ministry, was intended to deepen relationships and spiritual understanding among a group of clergy and vowed religious who often face misunderstanding and stereotypes.

Here, Jesuit Father James Martin talks to U.S. Catholic about why supporting LGBT clergy and religious matters for the future of the Catholic Church.

Tell us a little about the retreat at the Siena Center in Wisconsin.

New Ways Ministry sponsored a retreat for gay priests, bishops, deacons and brothers. And before anyone gets the wrong idea, this means celibate gay priests and bishops, as well as chaste members of religious orders and deacons who are presumably not married or are widowed. All the men attending the retreat are living celibate lives. In other words, they’re living according to the church’s teaching.

Has a retreat like this ever been done before?

Yes, I believe there were one or two in the past, but I’m not sure exactly how many. Perhaps there have been others that were more private and perhaps not as publicized.

Why is it important?

It’s important that these men, who have most likely felt a great deal of shame about who they are, and who have most likely felt persecuted by many in our church, are able to come together as a community. At the retreat they were be able to pray together, share their stories, and worship the God who created them. It’s as important as it would be for any marginalized group in the church.

What would you like to say to Catholics who believe LGBT people should not be members of religious communities?

I would say look around: They’re already here, in the priesthood and religious orders, living celibate and chaste lives. Whether you know it or not, they have baptized your children, presided over your weddings, buried your parents, celebrated Masses for your families, and taught you in schools. They’ve visited you in hospitals, heard your confessions, and counseled you in dark times.

They have carried out these ministries for you even though you think they shouldn’t even be there. So your first response to them should be gratitude for their faith and fidelity.

What response do you have for people who associate or blame the sexual abuse of minors in the Catholic Church on the existence of gay priests?

It is definitely true that most of the abuse has been men preying on adolescent males and young boys. But LGBT people are no more likely to commit child abuse than straight people are. It’s a stereotype.

One reason that the stereotype is so persistent is because most celibate gay priests living healthy lives, who represent the vast majority of these men, are afraid to be open about who they are. Why? For one thing, because there is so much stereotyping and targeting of these individuals. So there are very few public examples of celibate gay priests and chaste gay members of religious orders. Consequently, the main picture that many people have of gay priests is as sexual abusers. So it is, again, a stereotype and a terrible one.

According to the American Psychological Association, gay men are no more likely to abuse than straight men. Most abuse, as we know, takes places in families, and no one says that straight fathers are all abusers. We need to resist these stereotypes, which are not only damaging but prevent us from looking at the real causes of abuse.

How can laypeople show their support for LGBT religious, both those attending the retreat and other vowed religious?

Certainly by praying for them. By expressing your support in person—telling them how much you appreciate their presence in the church. And maybe even by showing up at retreats and events like Siena in person with a message of love and support to balance out the protesters who may come. You also might help the Siena Retreat House financially with a donation.

This retreat is for gay Catholic men serving in ministry. Are there any similar retreats for gay women religious that you know of?

Yes, there is one in December, also at the Siena Retreat Center. For those who say, “Why should LGBTQ religious have their own retreat?” I would say for the same reason that Hispanic Catholics, or elderly Catholics, or Catholics who are disabled should. To gather to share similar joys and challenges, to find community, and to spend quiet time with God.

James Martin, S.J. is the author of The Jesuit Guide to (Almost) Everything (HarperOne, 2010).