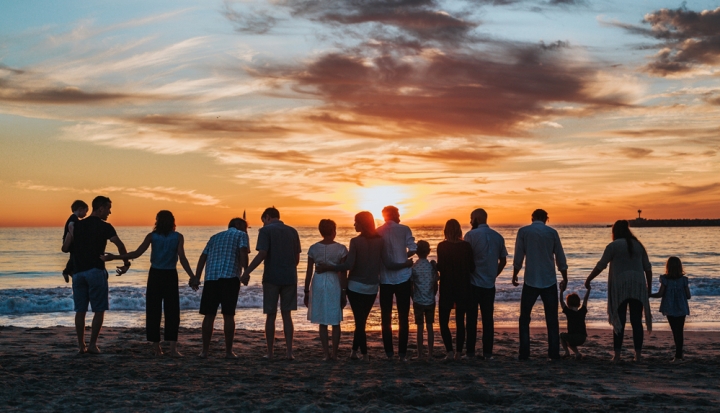 The visiting priest spoke fondly in his homily about his growing up. Then he said, “Aren’t we all so lucky to have such great, loving families?” My husband and I glanced at each other quizzically. Our parish domestic violence ministry is growing steadily; the divorce group is growing strong, as is the Alcoholics Anonymous meeting.

That makes us just like any other parish. Many in the pews were doubtless thinking, “I’m happy for you, Father, but that’s not quite my experience.”

I know countless people raised by alcoholics, some of whom as kids never brought their friends home because of what dreadful scene might unfold. People who have brothers and fathers in prison. Successful lawyers whose fathers never said one word of approval to them. I have a friend whose paternal grandmother was so hateful toward her that she told my friend, then an adolescent, not long after her father’s funeral, “Your father never loved you.” I know people whose mothers cut them repeatedly with angry, spiteful words, even when they were small children.

Physical abuse, sexual abuse, suicide—you don’t have to go far to find any of it. Better that we not pretend that it does not exist.

John Patrick Shanley, author of the films Moonstruck and Doubt, writes in the New York Times about accompanying his father to his native Ireland, where he meets his uncle, aunt, and cousins, determined talkers all. His cousin takes him to the grave of his grandparents, whom he’d never known, and suggests they kneel in the rain to pray.

“I felt a bond with something dreadful and grand,” he says, “and I had this thought: These are my people.”

When Shanley asks for stories about his grandparents, however, the stream of talk suddenly dries up: “[Uncle] Tony would look vague. My father would become reticent.”

He eventually learns that his grandparents were “scary,” to put it kindly. His grandfather got along with almost no one: “Even the animals would run away from him.” His quarrelsome grandmother, when presented with her first grandchild, “tore the pretty bonnet the baby wore off her head, declaring: ‘It’s too good for her!’”

The family’s reticence reflected the Irish reluctance to speak ill of the dead.

While this may be a laudable intent, surely we can admit to family troubles with compassion for everyone involved. The denial-and-silence code handed on wordlessly in many families often leaves kids knowing something is wrong but not having words or permission to speak about it. (And as 90 percent of communication is nonverbal, that silence itself speaks volumes.)

Not only scandals, but even sad events—deaths, for instance—can merit the silent treatment. I’ve known families where whole people—uncles, brothers even—were erased from the family memory by silence. Are we so afraid of tears? Today what we know about mental health argues for bringing family truths into the light, at an appropriate age for kids. Aren’t we followers of the man from Galilee, who said, “The truth will set you free”?

Bruce Feiler writes in the New York Times about new research revealing that children face challenges better when they know a lot about their families and realize they belong to something bigger than themselves. The healthiest family narratives include the bumps in the road: We remember the uncle who was arrested along with the mom beloved by all. And, he says, always emphasize that “no matter what happened, we always stuck together as a family.”

Catholics call this relying on the grace of God. Not all of our family stories end happily, but we know that God stands steadfast at our side. As John Patrick Shanley concludes, “Life holds its miracles, good erupting from darkness chief among them.”

This article was originally published in the May 2013 issue of At Home with our Faith.