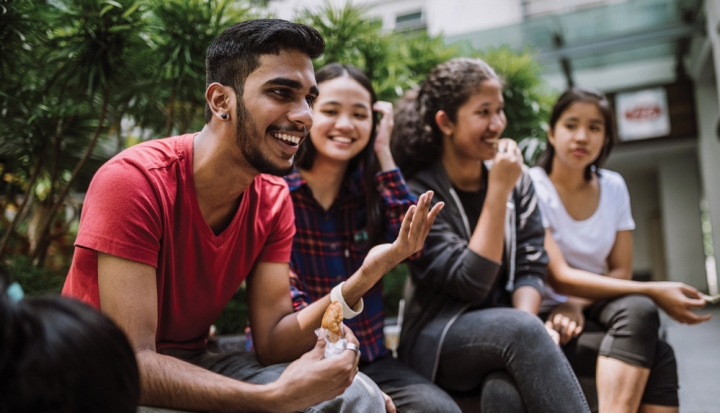 The Princeton Review’s dissection of the nation’s top 385 colleges was released in August, and journalists were quick to highlight its findings, many touting high rankings of their local collegiate heroes. A report from the University of Delaware’s student newspaper worried over UD’s calamitous drop to third place among “top party schools” in 2020, but other stories focused on more meaningful assessments of contemporary college life.

Journalists at the Times-Picayune/The New Orleans Advocate found that a targeted recruitment strategy at Loyola University New Orleans was paying off. The school landed 15th on Princeton’s ranking for diversity and inclusion.

Loyola welcomed the most diverse freshman class in its 115-year history in 2019—55 percent were students of color, including 22 percent Hispanic, 22 percent black, and 7.5 percent who identify as multiracial. About 40 percent of incoming freshmen were Louisiana natives; others came from 44 states and 16 countries. Roughly half are Catholic, suggesting that despite its historic diversity, the class of 2023 will still be able to fall back on a significant force for unity.

Two other Catholic schools landed on Princeton’s top 20 for diversity and inclusion—New York’s St. Bonaventure at fifth place and Massachusetts’ Assumption College at 20th. Different surveys of diversity include the names of some of the nation’s top universities and colleges.

It’s clear that these institutions place a high priority on creating student bodies that reflect the youthful, changing face of the nation as a whole. The broader culture should be paying attention.

To many the emphasis on diversity remains controversial. At the national level, it has been a regular rhetorical target in mockeries of “social justice warriors” or “snowflake” culture. Within the Trump administration, anxiety over a future where diversity reigns is palpable, as the president’s dog whistling—and beyond—to America’s white nationalist fringe attests.

Such weaponizing of ethnic, racial, or cultural “otherness” has been regularly deplored by the church not only because it is a force for social disharmony but also because it defies the truth of the mystical unity of all people.

The ongoing perception of diversity as a threat by white Americans, among them many white Catholics, is surely morally and spiritually harmful on an individual basis, but it also propels broad economic and sociological ills.

The Trump White House has increasingly imposed draconian methods to discourage asylum seekers or undocumented migrants from moving north to the U.S.-Mexico border, but it is its broad effort to restrain even legal immigration that gives the game away.

A caucasoid caucus has emerged hoping to somehow flash-freeze the nation’s demographic status quo, seeking even to impose minority rule to facilitate that ambition.

In South Africa resentment of immigrants from neighboring African states has led to violent intercommunal clashes, and a devastating and perhaps irreversible demographic imbalance now threatens a once vibrant Japan. Because of Japan’s low birth rate and a deeply ingrained resistance to immigration inflows, a rising majority of elderly Japanese relies uneasily on a diminishing population of younger workers.

With more adult than baby diapers sold annually, Japan is quite literally dying off because of its obsession with ethnic and cultural homogeneity.

These are cautionary tales to an America still struggling to adjust to its multihued and multicultural future. Will the United States pit its communities against each other or will a culturally and economically enervating isolation lead to a Japan-style breakdown?

A third path has been modeled by Loyola and other institutions where diversity is embraced as a divine gift to be celebrated and nurtured, not a threat to be suppressed. It is not hard to see which path leads closest to the kingdom of neither Greek nor Jew, neither slave nor free proposed for us all.